80 residents and business owners turned out to the special cabinet meeting held in the Southampton’s Guildhall. Lots of changes on the way including shore-power for cruise ships. 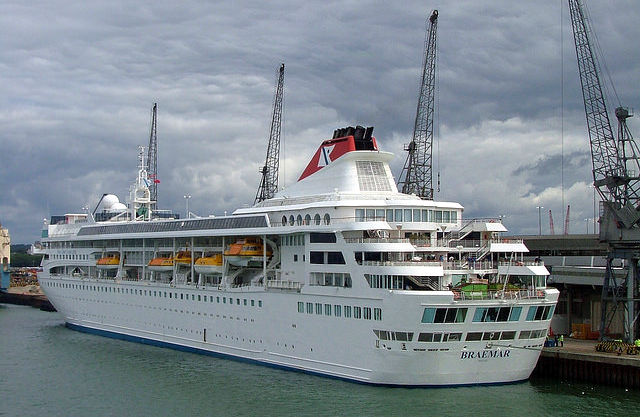 Councillors in Southampton have unanimously approved its Clean Air Zone plan, which proposes a range of non-charging pollution-cutting measures.

The scheme was criticised by campaigners after civic chiefs chose to drop plans for an up-to-£100 commercial charging zone – which was the authority’s preferred option.

Encouraging electric taxis
Instead they decided to bring in methods which included new bus regulations, removing the most environmentally unfriendly taxis from the roads, encouraging taxi firms to use electric vehicles, and reducing private vehicle use.

Civic chiefs, today, unanimously approved this at a special cabinet meeting held in the city’s Guildhall. More than 80 residents and business owners turned out.

No amendments were made to the plans before they were submitted.

“This was never about the wider clean air issues in Southampton. It was about NO2 levels. We will be under the limit (set by Westminster) with this plan.”

Installation of shore-power
The council has also received assurances from the port to get shore-power installed – which allows ships at port to run on electrical energy, instead of leaving its polluting engine on.

“All the work thus far has been to do with nitrogen dioxide because of government targets.

“We have seen some good work so far to reduce NO2, but we can now use this to look at the wider picture.

“This is a big opportunity for us now to achieve the legal NO2 obligation, but now we need to work together as a city to bring in even more pollution improvements within the area.

“We want cleaner air for the long term; for all of us.”

Non-charging measures
The list of the non-charging measures that are proposed:
– Offering opportunities for businesses to assess and trial freight consolidation, thereby removing HGV trips in the city.
– An accreditation scheme for HGV operators so business can identify those who are the least polluting.
– Introduction of Traffic Regulation Condition that will ensure all operating buses meet the highest emission standard.
– Revising taxi licensing conditions to remove the most polluting vehicles.
– Expanding the existing low emission taxi scheme to support taxi operators deliver these upgrades.
– Offering a ‘try before you buy scheme’ for taxi operators to experience the benefits of an electric taxi for up to 3 months.
– An extension to the existing MyJourney programme to promote active and sustainable travel and reduce private vehicle use.
– Port measures including shore side power and preferential charging of the port HGV booking scheme.

Update 14:33: Added list of non-charging measures
15:55 – Corrected initial references of NOx to NO2

This article is from the BBC’s LDRS (Local Democracy Reporter Service) scheme, which OnTheWight is taking part in. Some alterations by OnTheWight. Ed

Image: Barry Marsh under CC BY 2.0