Details of the next phase of works at St Mary’s Roundabout have been announced, including a new contraflow system. Maps within 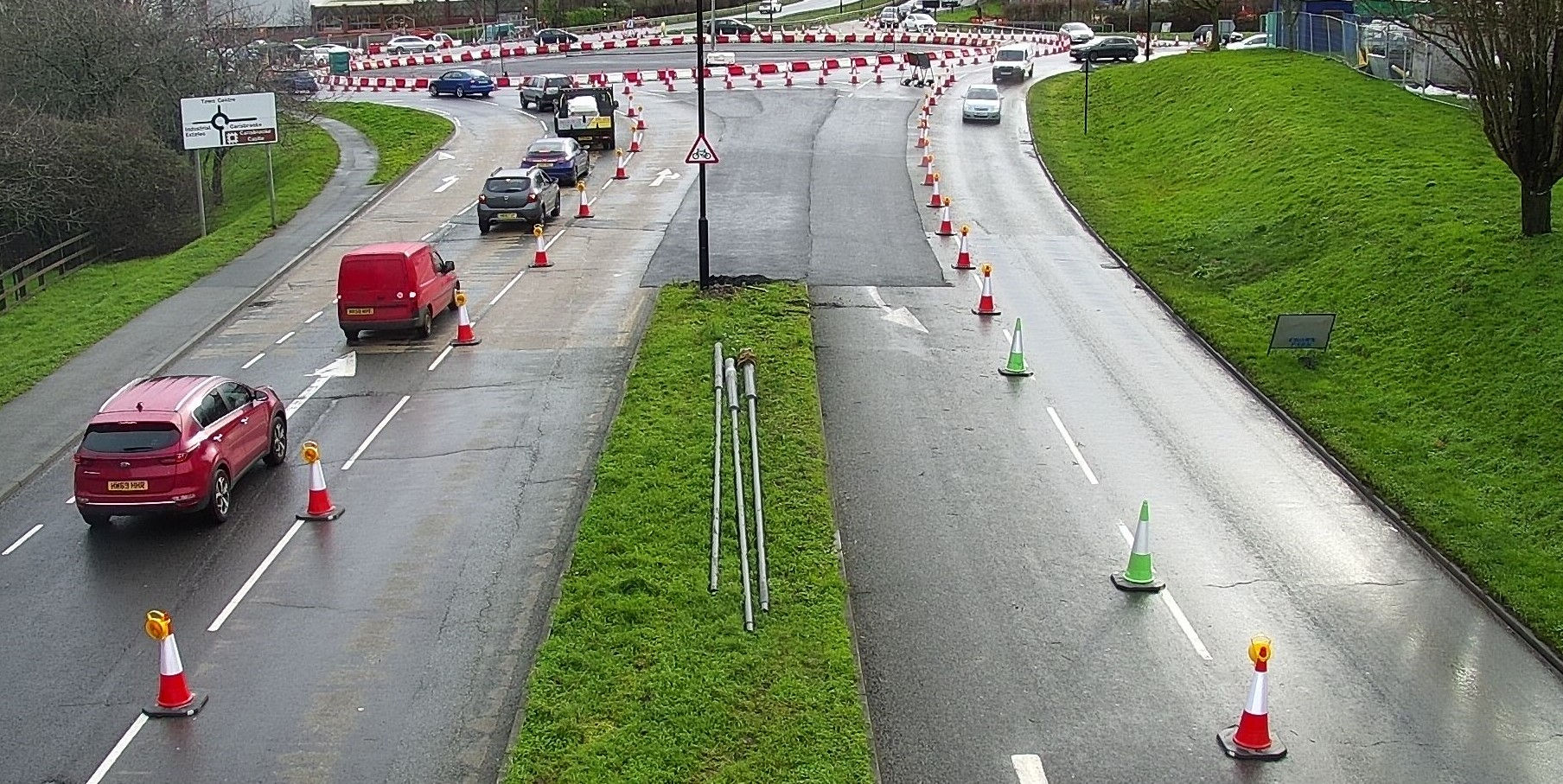 Residents are being advised of new traffic arrangements that will come into force in January for the next phase of the major improvement works to the St Mary’s junction in Newport.

A substantial amount of work has already been progressed since the scheme started at the end of September, including the removal of the main roundabout which will make way for a signalised junction.

The current phase of work is on schedule for completion by 20th December 2019, when work will then pause for the Christmas and New Year period when all lanes will be re-opened to traffic and the roundabout marked out with cones.

Six months
The next phase of work, which is due to start in January 2020 and continue up to the Isle of Wight Festival in early June, will see new traffic arrangements in place.

New contraflow system
During this phase, to allow works to continue safely, a contraflow system — taking the traffic onto the opposite side of the carriageway — will be in place for traffic travelling on Medina Way, north of St Mary’s roundabout.

Follow the signage
Signage will be in place to clearly direct vehicles, including those exiting from the hospital site onto Medina Way, which will exit via a feeder lane in a similar way to the current arrangements.

“We recognise that each phase of these works brings a different set of challenges for motorists to negotiate and that there could be delays, particularly at peak times, as people adjust to the new arrangements.

“We hope that the maps and information that we are publishing in advance will help people to plan their journeys and we remain grateful for everyone’s continued patience as we progress this important junction improvement scheme.”

Residents and businesses in the vicinity of the scheme will once again receive letters advising them on the arrangements for this next phase of the work.

Pause during IW Festival
The new arrangements will continue up to the Isle of Wight Festival when works will once again pause for the period of the festival. Specific traffic management arrangements for the festival period will be published in advance of the event as usual.

1 Comment on "St Mary’s Roundabout Roadworks: Details of next phase of works revealed"

Plenty of accidents during these phases…. I have foreseen it.:(