To not answer straight forward journalistic questions shows a serious misunderstanding at how angry people are about VBG.

Yesterday we put six questions (below) to Steve Beynon, Chief Executive of the Isle of Wight council, after we wrote an article about the council failings going back ten years around the Ventnor Botanic Garden lift. 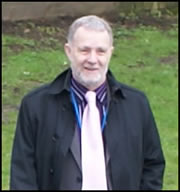 This morning he replied, making it clear that he has chosen to attempt to kick those questions into the Long Grass by refusing to answer them now, pushing them into being treated as an Freedom of Information (FoI) request.

There is absolutely no justification for turning them into an FoI request.

As these are quite detailed questions and an immediate response is not possible I will ask that these questions are treated as a Freedom of Information request. The relevant officer will be in contact shortly.

Danger of answers after Delegated Decision
An FoI request takes up to twenty working days to get answers, forcing the likelihood that these highly-relevant questions will not be answered until after the delegated decision to spend £220,000 of tax payers money on a new lift is made by Cllr George Brown.

The questions VB asked are the sort of question that any journalist would ask, given the glaring failings by the council laid out for all to see in the council’s own paperwork.

Choosing to not answer them now could be seen as an attempt to make the council unaccountable for a lack of action that they have admitted has been going on for a decade.

This potentially-considerable loss – let’s not forget this has been going on for ten years – would be taking money away from other vital council services.

Out of touch with public opinion?
Many people on the Island are very concerned about the future relationship between the IWC and the Ventnor Botanic Garden.

By using this Stonewalling approach to these questions, Steve Beynon raises questions if he’s out of touch with public opinion around the future of the Ventnor Botanic Garden.

Is it right?
Is there anything there that isn’t reasonable to receive a timely response to?

Even if you don’t have all of the answers, at least answer the quick to answer ones, following up later with the others.

Is it right that the Chief Executive of the council Stonewalls important relevant questions?

(PS – It will be of little surprise that “the relevant officer” has not contacted us, even nearly ten hours after Steve Beynon sent his email.)

Come on Steve, resign now and help put 170K per annum towards the cuts the IWCC seems so desperate to implement.

Not answering questions and forcing another council department to respond instead is hardly cost effective is it?

This is exactly the pressure that is needed for our council, far too long we sit back and let them get on with it. Then it all comes to a head and who’s got to pick up the pieces???? 3 guesses, if you need them!! Nevermind they still have their healthy wage packets at the end of it. Well Done VB!! Keep it up.

Time councillors got rid of this over-promoted schoolteacher. Will any of them table a No Confidence motion ?

I see no reason why your questions should be made using FOI. Questions need to be put to the Cabinet on the 12th and full council on the 20th. Put them in writing so they can’t say they don’t know

Vote Up00Vote Down
romantic
A FOI request is a request for recorded information that the authority hold. The questions you have asked are not necessarily held in recorded information. You have been given your answer in that you are not going to receive an answer – or rather WE aren’t going to. They have 20 working days to respond to a FOI request, if you aren’t happy with the reply you… Read more »
Vote Up00Vote Down
Barney Mcrew
You realise, of course, that the council can charge you for answering a FOI request. I send you this, from a previous FOI request: “Under the Freedom of Information Act 2000, the Council is able to charge a fee where the cost for responding is above the Appropriate Fee Limit as set out in the Freedom of Information and Data Protection (Appropriate Limit and Fees) Regulation 2004.… Read more »
Vote Up00Vote Down
D. Boyd

George Brown’s statement after the Undercliff Drive inquiry: “…â€¦.These actions will allow us to continue to build a senior management team in which we and the Island community can have TRUST and CONFIDENCEâ€¦â€¦to ignore serious issues and sweep them under the carpet is an approach we reject and would be entirely unacceptable to the VALUES OF ACCOUNTABILITY AND TRANSPARENCY THAT THIS COUNCIL UPHOLDS”.

Its not just the lift that is out of order!

What really gets me about this is the contempt they have for us. They know this is in the public domain yet they have just arrogantly swanned off for the weekend regardless, they really couldn’t care less what we think.

Surely a slide would be a cheaper option – The Council could then sell the lift to Portsmouth Council for The Spinnaker Tower, and flog off the Gardens to Blackgang Chine…

To be fair he may well be one of the few who doesn’t know.

Pay peanuts you get monkeys.Are monkeys are the highest paid in the south.

Vote Up00Vote Down
Don Smith
These very high salaries paid to those in the Ivory Tower should be cut. How can they tell us to accept cuts when they receive such ludicrously high pay and perks. Is it any wonder that the trade unions are going to hit back, and then we are all caught up in the chaos and distruption. The top men and women should set an example and take… Read more »
Vote Up00Vote Down
wabbit

It is a shame we can not abuse these monkeys.Then the RSPCA could take them all off of us and put them in a sanctuary.We would not have to pay a fine in the court because everyone knows the naughty monkeys have pinched all our money!I do hate animal cruelty by the way.

Vote Up00Vote Down
intentionally blank
put the questions in writing to every councillor, along with Benyons response. Put in an FOI request too so they cant claim you havnt bothered. Get someone like Geoff Lumley to stand up in the meeting to keep pushing the point, and ask it from the public gallery too. Finally, write a letter to the county press as that seems to be the one news outlet the… Read more »
Vote Up00Vote Down
A matter of time

Do you not think that the salary he earns could purchase him someone who could give him a makeover???

He reminds me of a little homeless guy sat begging on a street corner… dreadfully dressed and looking dishevelled!

Someone said recently that he looked like a “Drop out”

If they built a lift they would be giving validation to the gardens. I’m sure they can spin the broken lift as one of “numerous” problems which will no doubt be brought up when they decide to cut funding and turn the property over to a private company.
That is if anyone wants to buy it, otherwise it will rot away like many things on this island.