Bob Seely said he would contact other MPs and Ministers to talk about events, hospitality in general and festivals to see what can be done 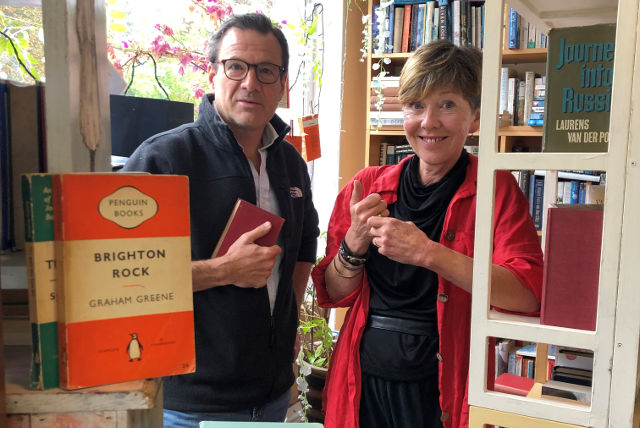 Isle of Wight Conservative MP, Bob Seely, has asked the Chancellor of the Exchequer, Rishi Sunak, how the extension to the furlough scheme, announced today, will help the Isle of Wight’s devastated visitor and festival economy.

Furlough scheme extended to October
The Chancellor announced in a parliamentary statement this afternoon that the Coronavirus Job Retention Scheme – where employers can claim a cash grant covering up to 80 per cent of the wages for a furloughed employee up to a cap of £2,500 a month – would be extended until the end of October with some flexibility built in to allow furloughed employees to return to work part-time.

“The Isle of Wight is Britain’s Festival Island. We have a unique tourism sector supported by events in arts and music and sport.

“Can the Chancellor confirm that the furlough extension will help Islanders in this devastated part of the economy and will Ministers meet with me and others to discuss how we further protect the visitor and festival economy which relies on specific parts of the year, sometimes only weekends, to generate an entire annual livelihood?”

Sunak: Know the sector is struggling
The Chancellor replied by thanking the Island for its part in testing the new App. He said:

“If I could start by saying to my honourable friend to convey the thanks I think of the whole house, but certainly of the Government, for his constituents in the role that they are playing trialling the new App that will be important as we look to gain control of this virus in the second and third phase of our approach to tackling it so please pass on our thanks to all of his constituents.

“That sector that he mentioned is one that we know is struggling and we know will need support, and the document that was published yesterday by the Government talks about creating an industry task force – so I look forward to working with him and others as we can chart a future for those in the leisure and hospitality and tourism sectors.”

Seely: Need MPs to work together as part of a task force
Speaking afterwards Bob said:

“I am grateful that, yet again, a senior Government Minister has recognised the valuable role that Islanders are playing with the new app and the trace and test scheme. We are helping the Government to shape it before the national rollout.

“The extension to the furlough scheme the Chancellor has announced is good news for furloughed staff in industries unable to revive in the next few weeks.

“We now need MPs to work together as part of a task force to work out how we revive the tourism economy – including the festival economy on the Isle of Wight – and to look at whether realistically there is anything that can be done this year.”

Seely: Need to look at the wider picture
Bob said he would contact other MPs and Ministers to talk about events, hospitality in general and festivals to see what can be done.

“We need to look at the wider picture to make sure the whole Island economy can restart to generate jobs and wealth again – which supports our public services – and when that can happen.”

newest oldest most voted
JossS
Isn’t it strange how the jigsaw pieces start to fit together. First we have the ‘Bob and Dave’ show on radio and TV supporting the NHSX flawed App using us residents as ‘guinea pigs’. This was to start the ball rolling! Let the ball gather a little pace now some ‘guinea pigs’ are using the App then Bob can get busy profiling himself to roll out the… Read more »
Vote Up23-16Vote Down
Spartacus
Absolutely spot on it’s all about the money and always will be. Residents come at the bottom of the list. You should be ashamed Bob Seely your priority should be our health and well being. I booked quite a few concerts and shows on the mainland which have now been rescheduled for next year. That’s looking after people. I am sick of hearing the sane old rhetoric… Read more »
Vote Up16-17Vote Down
wellsm
The point here is surely that part of the Island economy relies in a huge way on tourism and festivals and the MP is trying to find a way to help financially all those islanders who rely on a few short weeks in the year. He does not say anywhere above that he wants visitors to start coming back right away. Unfortunately you are unable to depart… Read more »
Vote Up19-11Vote Down
Spartacus

The easiest way to get the economy going is reverse austerity which was imposed by this current government that our MP supports and represents which has crippled this country and suppressed the economy. Not all islanders benefit from festivals because there is no equal distribution of financial benefit. A robust anti austerity agenda will benefit everyone’s need instead of a few people’s greed.

Vote Up7-10Vote Down
Spartacus
Tell me Bob why are mainland festivals being cancelled? Why have our close neighbours in Bournemouth cancelled the air show and several other festivals? why because more people is high risk, less people lowers the risk. Take a lead from the mainland Bob, be alert, protect people and save lives. The virus is still with us it’s not going away any time soon, your support for festivals… Read more »
Vote Up8-10Vote Down
wellsm

Sorry, I must be very dense, can you please show where Mr Seely has suggested that these events should be restarted or not cancelled. Many thanks.

Vote Up7-6Vote Down
Spartacus
The point is it would be wrong to consider supporting any festivals this year to boost the economy and focus on protecting the health and well being of residents, I simply offered examples of best practice on the mainland. Bob Seely then goes on to talk about the wider picture. As stated we are victims of Tory austerity which has suppressed the economy nationwide no more so… Read more »
Vote Up3-7Vote Down