The young people say they want to not only to raise money for Mountbatten, but also end the stigma that many young people face; that the hospice is a dark and scary place where people go to die. 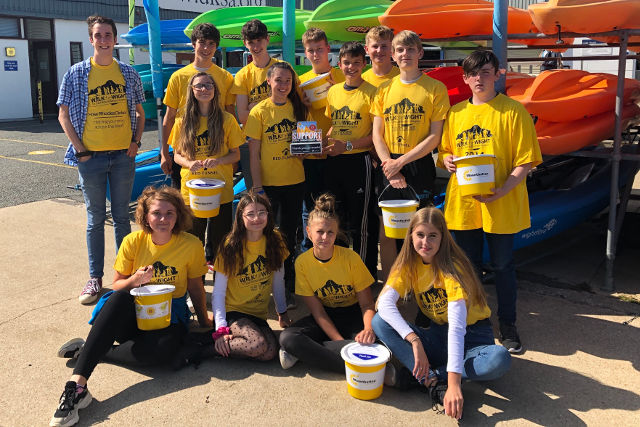 A photography master class and helping to sort donations are just some of the innovative ways young people taking part in the National Citizenship Scheme (NCS) are supporting Mountbatten this week.

The teenagers are taking part in the three-week NCS programme which is delivered on the Isle of Wight by Cowes-based UKSA. Part of the programme involves devising a community project based on an issue that the young people feel passionate about.

“The idea arose when planning our social action project. We would love not only to raise money for this great charity, but end the stigma that many young people in our community face; that the hospice is a dark and scary place where people go to die.

“Several members of the team, including leaders, have been associated with the hospice before. We think that this is the perfect way to give back.”

What they’ll be doing
During the week, the group will be based in Cowes and Newport collecting money, as well as volunteering at the Mountbatten Distribution Centre, which supplies the Mountbatten charity shops with clothing, books and bric-a-brac.

Two of the group are keen amateur photographers, studying photography, and have arranged to teach a photography master class in return for donations.  They will also be holding a sale of cakes and healthy snacks to add to their fundraising total.

Hartley: Give them your support if you can
Nigel Hartley, Mountbatten’s Chief Executive, said:

“I am so grateful to these inspiring young people for supporting their own community through their fundraising activities.

“Everyone on the Island will be affected by Mountbatten’s work and, as demand for our services grows, it will become ever more important for all of us to think about what we can do to support people through the most challenging of times.

“Please do look out for these young people as they fundraise during the week, and give them your support if you can.”

To support the group, you can also donate via their JustGiving page.