Iain McKie says he’s been recently been approached by three prominent Conservatives, asking him to rejoin the Party, claiming it would add credibility to Seely’s candidacy. 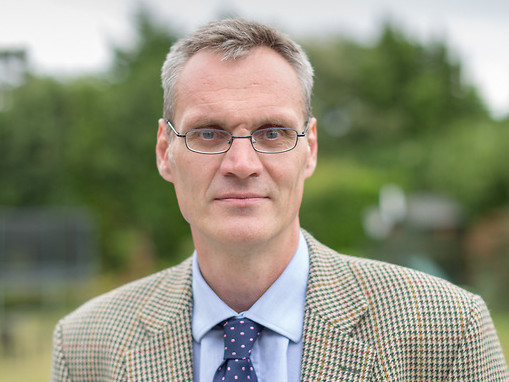 Iain McKie left the Conservative Party nearly a decade ago to join the UK Independence Party (UKIP). He stood as their prospective Parliamentary Candidate in the 2015 general election, but left the Party in 2017, disagreeing with the national manifesto.

“Over the last couple of days I have been contacted by three prominent local Tories in ‘a personal capacity’ asking me to rejoin the Conservatives (I left in 2010 or thereabouts).”

McKie: “It would add credibility”
He goes on to say,

“My feeling is this: with Johnson as PM a General Election is likely (very short odds at the bookies) and Seely is on thin ice as a pro-Brexit MP (his record shows this) so by recruiting me, as IW’s biggest Brexit gobsh*te, it would add credibility to his candidacy.

“This is something that I flatly refuse to do.  Seely made no effort during the Referendum campaign and supported Theresa May’s Withdrawal Agreement which would have kept us, effectively, tied to the EU.

“Only once Johnson has appeared as PM has chameleon Seely changed his tune; just the type of greasy opportunism that revolts me.”

“As I told these Tories, I am not a member of any political party nor any pressure group, and until I can see a truly libertarian party on the ballot paper I shall not vote again.”

Pugh avoided answering questions
OnTheWight contacted leader of the Isle of Wight Conservatives, David Pugh, and asked whether he was aware of the approaches, whether he would welcome Mr McKie back to the Party and whether he would accept him as a prospective Parliamentary candidate.

He didn’t answer these questions, but replied,

“Anyone is entitled to apply to join the Conservative Party and all applications are reviewed prior to approval.

“We have no vacancy on the Isle of Wight, as Bob Seely has been re-selected.”

Portsmouth’s secretive Brexit deal
Over the water in Portsmouth, The News have reported that Conservatives are plotting to strike a secretive deal with the Brexit Party.

The report claims that Brexiteers Donna Jones and Penny Mordaunt are considering a joint strategy. They say the two are aiming to forge an alliance with the Brexit Party and persuade the Eurosceptic group not to field any candidates in Portsmouth.

Perhaps you could tell us Iain who the 3 ‘prominent Conservatives’ were?
This seems like game-playing at any cost to win a forthcoming election. I think us, the people who will be voting, deserve to know just who the weasels are!

There are many who disagree with Iain’s politics, but there are also many islanders do support UKIP. I can fully understand why ‘prominent conservatives’ are desperate to welcome Iain back to their party.

So you think there are many who disagree with the politics of the Chairman & Prospective Parliamentary Candidate of UKIP but they still support UKIP.
How does that work then ?

Vote Up10Vote Down
peterj
The sounds of multiple barrels having their bottoms scraped are filling the air here. Struggling to care but I would like to point out that ‘libertarian’ in itself doesn’t really tell us much about the great man’s beliefs. I wager he’ll be more of the right-leaning sort, given his pontifications on this site and elsewhere. I do know that he hates the European Union, I’m fairly sure… Read more »
Vote Up70Vote Down
iain mckie

In a star trek style utopia that might work I guess. All lofty and still fairly hand-wavy ideals. One must assume you oppose socialised health and social care then? Nor wealth equality?

I am very interested to know why you are now supporting pacifism, when you said in your manifesto in 2015: “I am committed to supporting our armed forces and veterans, and support the reversal of UK defence cuts, in order to secure a safer nation for all.”

Is this gentleman in some kind of time warp?
Suggest he catches a bus to St Mary’s A&E for triage.

He’s not gentleman – he’s a banker!

I live my life with respect for everyone. I hold no prejudice. I hate hatred. I have served my country. I am a dad and a husband. I love freedoms and will pursue that goal until the end of my days.

A principled man of integrity

Can’t tell whether you’re taking the mick, or if you’re mad – tone of voice just doesn’t carry in pixels.

If Iain stands as a UKIP candidate in the next general election I can see a lot of islanders voting for him, rather than Bob Seely.

He could do really well.

That would be great. Split the Tory vote and give the Labour party the opportunity to break the stranglehold on the Island and introduce kinder and more humane policies for the many, not just the few!

I suspect you are the only one that sees that. UKIP are a spent and tainted force. For the Brexit Party – maybe. But even then, like before people would be voting for the party (or rather for Nigel, as they really are a one-man band) and not him.

Thomas Cowley – my Dad had an Act of Parliament past,one brother was Marine Captain, I am ex Special Forces, another brother is a QC, I played professional rugby, one brother was an international athlete.

I must assume you also play the trumpet? Because you clearly like the sound of blowing your own.

But seriously, with such impeccable genetics and background why do you not just start your own libertarian party? I suspect if you wait for one to appear, you will never vote again.