The chair of Ryde Town Council’s harbour working group, said there were no plans to increase the council tax precept for 2020 in order to acquire the Harbour 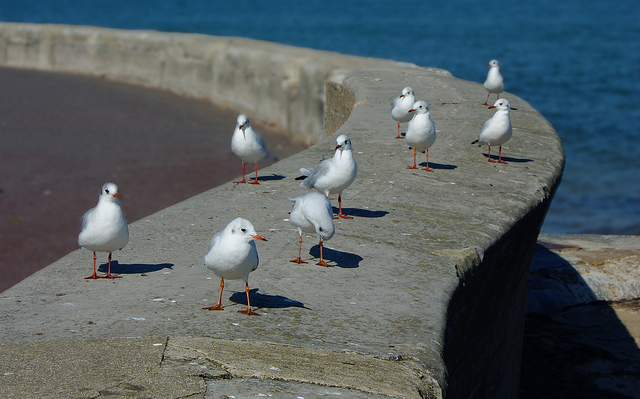 Ryde Town Council has confirmed it hopes to buy Ryde Harbour for £1 — and protect it from commercial development.

The town council has been designated a special purchaser for the 150-berth harbour, currently owned by the Isle of Wight Council.

Business case
It has three months to draw up a business case to buy the harbour, as well as the leases for part of the neighbouring car park and an area of Eastern Esplanade Gardens.

“With a possible threat of commercial marine company ownership— or worse, building on the harbour under a regeneration scheme — we have undertaken to protect the future of the harbour as a leisure marina.”

The Isle of Wight Council said in January it intended to sell the harbour because it could not afford the maintenance and repair costs, Ryde and Ventnor Harbours are expected to cost the authority £515,000 over the next ten years.

Ryde Town Council has long-term plans to improve the harbour facilities — including the pontoons, lighting, toilets and showers.

“Any additional minor land costs and leases are to be discussed and agreed during the next three-month period.

“To reassure residents, we have no existing plans to increase the Ryde precept in 2020 for the purpose of acquiring the harbour and we envisage it operating as a ‘standalone entity’ going forward.

“This is a great example of how Ryde Town Council continues to maintain and deliver sustainable services for our town and community — by protecting and maintaining our heritage and assets whenever and wherever possible.

“We are committed to providing a great community environment for residents and visitors in Ryde.”

Decision behind closed doors
A delegated decision is due to be made on 25th November, by Cllr Stuart Hutchinson, Isle of Wight Council cabinet member for finance and resources, approving Ryde Town Council’s status as special purchaser.

Image: sidibousaid under CC BY 2.0

newest oldest most voted
Simon Cooke
“Ryde and Ventnor Harbours are expected to cost the authority £515,000 over the next ten years.” I do wish the IW Council would stop obfuscating costs when discussing cuts to services. They should know how much Ryde Harbour costs them, it is clearly not relevant to include Ventnor Haven. For the last 4 full financial years, IW Council spent an average of £24,000 per year on Ryde… Read more »
Vote Up250Vote Down
henry

Simon, you need to understand how it all works, the Conservatives are all about smoke and mirrors in order to cover their ineptitude.

Vote Up17-6Vote Down
Simon Cooke
I know all too well how the political game works, I’m talking about data from the local authority itself. My point being that the IW Council and it’s officers should be apolitical and above the grubby business of spin. I’ve noticed that often when there are consultations on services to reduce or cut there is either an omission of the actual costs or they imply the saving… Read more »
Vote Up240Vote Down
Stuart George

The IW Bus & Rail Users’ Group asked for the estimated saving of withdrawing the discretionary elements of the scheme and was told it was £220k in a full year.

Vote Up60Vote Down
davimel
I have commented many times on the ridiculous setup at Ventnor Haven, and have yet to read a reliable explanation. Why so much money is thrown at an area that provides almost no actual income to the town, and is not a tourist attraction by any means, baffles many of us, especially when £100,000 could benefit many Islanders in other, more direct, ways. There are probably historic… Read more »
Vote Up10-3Vote Down
David Bartlett
The need to spend significant sums on Ventnor Haven is to prevent the seaweed it collects and traps from rotting and producing unacceptable quantities of hydrogen sulphide. The problem became so acute in the summer of 2010 that tourists cancelled their bookings and residents lived behnd closed doors and windows. The Isle of Wight Council responded by ontracting Cheetah Marine to operate a boat fitted with a… Read more »
Vote Up60Vote Down
davimel
I know very well that the smell is disgusting, I live within smelling distance when the wind is in the right direction and it happens a lot more often than reported! I know that some of the costs are for clearing the seaweed, but they were warned about it, they chose to ignore the warnings and they could/should have got the architects et al to pay for… Read more »
Vote Up20Vote Down
holdmyheadinmyhands

No one has mentioned a trust at RTC…… no decisions have been made. A viability study will be done. RTC will make a collective decision, there are no delegated decisions at Town Council level. If there is any money to make, the town of Ryde should benefit from the precept not going up, not just given to a trust in my opinion.

Vote Up20Vote Down
snowey
Now that non – resident town councillor and local property owner Phil Jordan has been brought into the open, what has happened to his earlier comments that the harbour could be run by a Trust? Why doesn’t the Isle of Wight Council set up a Trust without Ryde Town Council having to foot the bill for legal costs? Who will foot the bill for dredging the approach… Read more »
Vote Up6-18Vote Down
Phil Jordan
You’ll note I said we envisage it ……”operating as a standalone entity” which could be a Cic or a Trust, for example… hope that clarifies your query. You’ll have to direct your question about why the IWC doesn’t set up a “Trust” to them directly. RTC are trying to deal with the situation as it is …. not how it might, or might not, be. Not sure… Read more »
Vote Up22-1Vote Down
Benny C
Well said and good luck. Let’s just hope Ryde Council have some vision and are transparent, both qualities mostly absent in civic life on the IOW. I don’t think folks should care whether the expertise and leadership comes from the island or elsewhere. What’s desperately needed is the right approach to deliver successful and thoughtful progress. Clearly in Ventnor and in Newport we don’t have the skill… Read more »
Vote Up10-1Vote Down
snowey
As a minimum RTC needs to have a survey carried out by Consultant Civil Engineers experienced in marine works to determine the essential works which need to be carried out and the likely costs (including but not limited to the dredging, repair of the gabion walling and spalling of the concrete south wall opposite the cafes, bowling green and fishing club.) Unless you do this as due… Read more »
Vote Up1-6Vote Down
Phil Jordan

Agreed. Which is why we have already tendered for the condition report and Ryde Full Council have approved the successful bidder.

The commissioning of the report will be given directly after the IWC cabinet decision at the beginning of December (assuming they also approve the transfer to RTC) and, for information, the company chosen for the report are marine/ harbour specialist engineers from the mainland coast.

So why do we have to drag it out of you? How much will the survey cost out of this year’s precept? Will the survey report be in the public domain and well publicised for all to read?

The cost of the condition survey/report has already been agreed from reserves. As I stated before, there are no current plans to increase the precept as a result of the harbour acquisition.

The report will most certainly be published ….

Steady on snowey! Phil Jordan has contributed on here voluntarily for years and has always shared information both as an IWC and RTC member. He is by far the most helpful on-line councillor we have.

Hope you are so keen to pay the ever increasing RTC precept. Cllr Jordan is quite adept at side stepping the issues, like what happens when the civil consultant comes up with a figure for the harbour works which is of the order of six zeroes?

Vote Up1-12Vote Down
snowey
He didn’t share this previously – Paragraph 18 of the Isle of Wight Delegated Decision Report makes eye watering reading, quote: “In terms of future capital costs the harbour will require capital dredging, currently estimated at £300,000 to £400,000; in addition the gabions that form part of the construction of the harbour arm will require replacement at an estimated cost of £1,062,000.” I wouldn’t like to put… Read more »
Vote Up0-8Vote Down
Phil Jordan
Those figures have been in the public domain for a long while. RTC were advised of them, knew about them and considered them when they voted to explore the future of the harbour with IWC. From that vote came the harbour working group which I sit on. The provenance of that data comes from an historical report from around 2011. Since that time the Environment Agency have… Read more »
Vote Up8-1Vote Down
snowey

As I have said earlier you are adept at avoiding the issues. If the figures are 2011 now read 3 times more.

Provision of allotments is a statutory responsibility of town/parish councils. Provision / support of a marina is not within the remit of a town/parish council, this is a matter which the RTC Clerk should seek professional advice before this matter is taken up by the Auditor.

Vote Up0-9Vote Down
Phil Jordan
Taken directly from the LocalGov website. As you have made a claim which is incorrect it is probably a good idea for that those reading your comments that they are informed of the correct information. The following are all under the remit of local T&P councils as powers and duties. The ability of T&P’s to undertake services and operate are not constrained by this list. They can… Read more »
Vote Up6-3Vote Down
snowey

Take care on the limitations in the Local Government Act 1972.

Vote Up0-6Vote Down
peterj
You mean the Act that created South Wight and Medina borough councils? That was then superseded by Local Government Act 1992? PJ has been extremely open and clear, whereas you are just being obtuse and weird. Ryde Harbour was obviously not a statutory duty for IWC either – yet it was in their remit to do so at their discretion – exactly the same situation as RTC.… Read more »
Vote Up5-1Vote Down
snowey

No- LGA 1972 is current with amendments. PJ is less than open.

Vote Up1-6Vote Down
peterj
Perhaps instead of cryptically stating Acts you could enlighten us with the specific part of the legislation you think is being breached? Comparing this with allotments isn’t making your arguments any clearer. As for his openness – are you not seeing all the comments PJ made or something? As others have said he is one of the extremely few Cllrs who even bother to discuss things on-line,… Read more »
Vote Up7-1Vote Down
Geoff Brodie

I hope the transparency continues. This is sounding like encouraging conditional progress, with a sensible business like approach, removing risk before cost commitment. Go Ryde, show Dinosaur Dave Stewart how it’s done!