The future of Ryde Harbour is being decided by the deputy leader of the Isle of Wight council. Details within 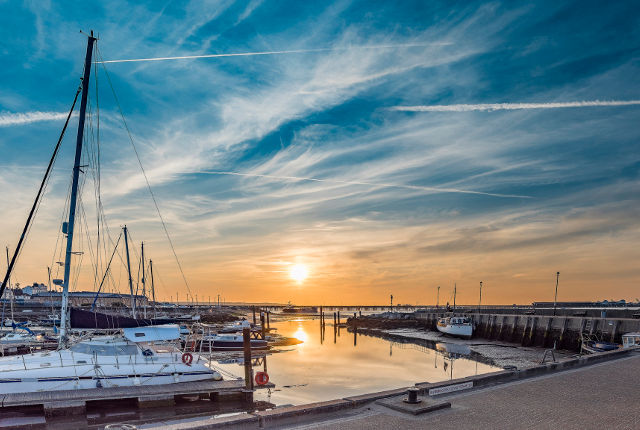 The Isle of Wight council have published their intention to make a delegated decision on the future Ryde Harbour.

The possible sale of Ryde Harbour has been in the news since 2013, when former Conservative councillor, George Brown approved the sale under delegated powers. However, the Harbour wasn’t sold and came back into the news in November last year (2018), when it was announced the current Conservative Isle of Wight council was planning to shed responsibility for it.

They will be required to prepare a full business plan within three months. The terms for the freehold/leasehold purchase of the harbour and the lease of two parcels of adjoining land will then be negotiated.

If terms not agreed
If RTC are unable to produce a business case that is acceptable to the Isle of Wight Council, other previously agreed options from the delegated decision made in December 2018 are implemented with effect from 1 April 2020.

Options 1, 4 and 6:
1) To offer the freehold/leasehold of Ryde harbour on the open market with a restrictive covenant that it be only used as a harbour/marina; such covenants to only be removed if an alternative use of the area could generate a significant and sustainable economic benefit to Ryde and/or the Island. Any consideration should include a reversion to allow for any future development of the seafront

6) The final agreed terms of any transfer/outsourcing to a third party be to be the subject of a further delegated decision of the Cabinet Member, but where no terms are agreed then the council will continue to directly manage the harbour

I can feel another episode of inept decision making coming. Poor grasp of the business case, economics and impacts, strung together with low levels of governance, opaque communications and subjective opining on subjects with little depth of knowledge. It’s the one thing the IOWC is consistently good at.

Vote Up15-3Vote Down
Phil Jordan
To be clear about this. RTC have proactively approached the IWC with regard to Ryde Harbour and have been discussing and negotiating for many, many months. It is RTC undertaking condition reports (approval for that spend taken at November Ryde Full Council) and currently compiling a business case (which will go to IWC) for the purpose of ensuring we know and understand – as far as we… Read more »
Vote Up22-1Vote Down
Benny C
A most useful reminder of events which gives helpful perspective. Thank you. However looking at this strategically it also portrays what some might see as a deliberately limited outlook which underplays huge potential for the Ryde economy and it’s worthy folks. It smacks of resistance to progressive change and lacks real vision and longer term thinking. Clearly dredgers and infill are daft options ( the fact that… Read more »
Vote Up8-2Vote Down
snowey
Ryde Harbour is an island asset. When the Isle of Wight council was established as a Unitary Authority it took over the assets of the former borough authorities; it was not set up to divest itself of the financial responsibility for the island assets to the lower tier town/parish/community councils – which is what the current IoW council prefers to do to keep the island wide council… Read more »
Vote Up6-3Vote Down
Phil Jordan
A number of points. Firstly, if we leave it to the “ unitary authority” it will be either sold off (possibly to a commercial dredging company ) or filled in and built on. ( see draft regen plans for Esplanade) I doubt that many people if Ryde want that to happen. Secondly, Ryde harbour actually runs at a profit currently. Thirdly, RTC have an agreed transfer of… Read more »
Vote Up6-1Vote Down
Benny C
The problem here is IOWC. They are out of their depth, poorly led and self serving ( in enough numbers to make a sizeable and expensive mess). I hope, as they head to the vote, the good folks of Newport start to see that political colour doesn’t matter in local politics as much as capability. Voting for the appropriate skill set and the ability to get things… Read more »
Vote Up6-1Vote Down