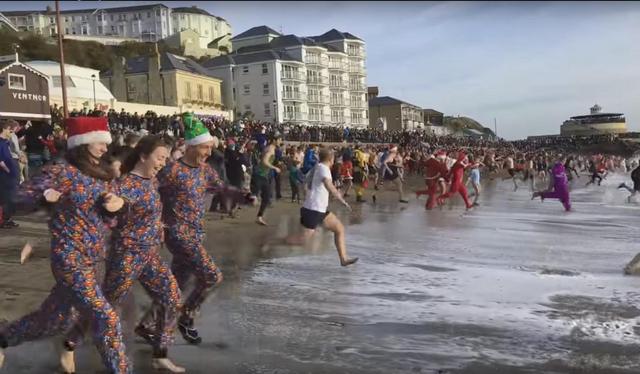 It’s held to shake out the cobwebs of Christmas, but also to raise money for the Ventnor cancer charity, P.A.T.C.H. (If you missed giving today, you can donate through the PATCH site).

A strong turnout of the brave this year saw masses of people running into the sea at midday.

It was great to hear from the P.A.T.C.H. (People’s Approach To Cancer Help) organisers that the number of people carrying buckets around the beach collecting money was up this year.

The videos
Here’s the video we shot

WightSkyCam had a drone up in the air

As did Pro Cam Films

If these videos have given you the taste, we’ve compiled a playlist of the Swims since 2007