Ventnor Fringe: Artists from around the world head to the Isle of Wight

Ventnor is about to become a vibrant hub of creativity and culture as Fringe Festival returns for its seventh year. There’s a huge variety of shows, offering something for everyone. 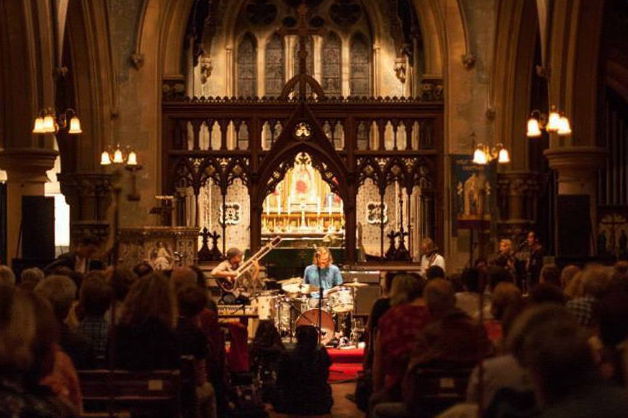 Nearly 400 performers are set to take part in the Ventnor Fringe Festival this year from the 9th – 14th August, with artists from across America and Europe joining a huge range of local talent performing in ‘pop up’ venues and bars that will be created right across the town for six days.

Ventnor International Festival
Having received acclaim last year from national press including The Sunday Times which dubbed the event as “rapidly becoming the country’s most surprising and inspirational multidisciplinary arts festival” the Ventnor Fringe is heading into its seventh year with the addition of a the new Ventnor International Festival adding another extensive programme of film, theatre and music to the line up. Theatre fans can explore everything from contemporary one on one performances in vintage caravan’s and buses to grand Shakespearean productions the town’s Botanic Gardens or many churches.

Lots for families too
Families are also well catered for with everything from the return of comedian and magician SESKA, who had sell out runs in 2015 and 2014 to ‘Good Night, Little Bear’ which combines puppetry and animation in a charming tale of one little girl and her journey to discover the meaning of home. There will also be many free performances and events taking place all over the town as well as the Ventnor Carnival parades.

Find out what’s on
Free programmes listing this year’s events are being distributed across the Island but you can also search though all of the events online on our Website.

Tickets are also available in person from the Festival’s HQ, the Ventnor Exchange or by calling 716767.