Well done to the Ventnor Fringe team who have announced today they are set to expand the festival with the introduction of the fully-programmed Ventnor International Festival. 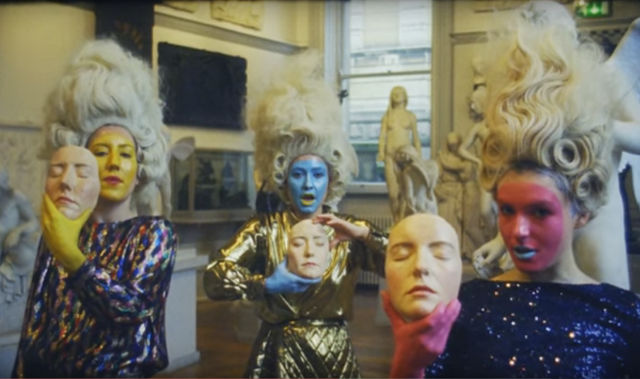 This in from Ventnor Fringe, in their own words. Ed

An intimate gig by Liverpool’s rising Psychedelic pop trio Stealing Sheep and an underground party with Belgian Electro-swing outfit Boogie Belgique are among the first events to be announced for the inaugural Ventnor International Festival, which will run alongside the successful Ventnor Fringe.

Run by the Fringe team, the International Festival will combine a selection of unique events in locations both traditional and unconventional.

9th-14th August
Together with the open access Fringe, in which any artist can apply to take part and keep 100% of their ticket sales, the two events will showcase a huge programme of music, theatre, film, comedy, spoken word and visual arts in more than 20 different venues from the 9th–14th August 2016.

Critically acclaimed
Described by The Sunday Times as “…rapidly becoming the country’s most surprising and inspirational multidisciplinary arts festival” the Ventnor Fringe hosted well over 300 performers in 2015 with record breaking ticket sales.

The Fringe is also delighted to announce today the creation of a new Festival Hostel, providing affordable accommodation from £17.50pn. Details and tickets for all events are available from our Website.