There are some touching and heartfelt stories in this great feature on the BBC’s Inside Out programme about this year’s Isle of Wight and UK Pride. 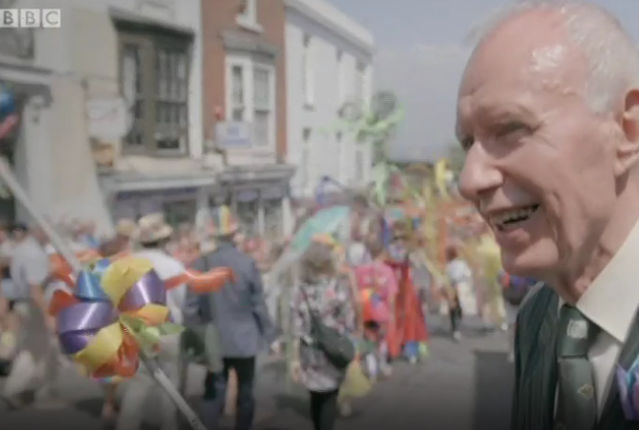 If you missed this week’s Inside Out Programme and the feature on Isle of Wight Pride, fear not, you still have plenty of time to catch up on iPlayer.

As mentioned earlier in the month, the segment, commissioned by Solent Productions, working with Solent University students, was aired on Monday night.

Honest insight
It’s a great look behind the scenes at Isle of Wight and UK Pride, with some touching and heartfelt stories.

The segment features interviews with prominent members of the LGBT+ community, who give an honest insight into the difficulties they might have experienced in life because of their gender or sexuality.

Conchita: “Kids are the future”
Near the end of the segment, former Eurovision winner, Conchita, explains that based on what she saw on the day, with the support from the community, she thought the Pride celebrations had been taking place here for 30 years. She said,

“Here on this island, parents took the opportunity to show their kids, let’s have a happy life.

“Kids are the future and if you raise them in a way that … look there is nothing special about being gay, you’re just gay, that’s it!”

“This project was important to put the record straight about how the Island, my home, has become a far more tolerant place, largely through the efforts of ordinary people. If that transformation can happen here, it can happen anywhere.”

It’s well worth watching, so follow the link and skip to 19.30 minutes in to see Ryde in all its glory.