The Planning Committee voted to reject part of the officer recommendation. Red Funnel say ‘they will not give up’ and continue discussions with officers over the expansion of their East Cowes terminal. 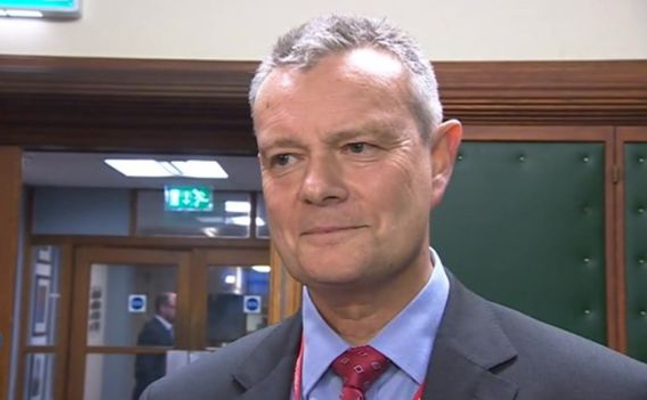 The Isle of Wight Planning Committee went against planning officer recommendations at Tuesday night’s meeting and the Head of Planning has ‘called in’ the decision made on the Red Funnel East Cowes terminal expansion application.

Officers had recommended conditional permission for the Plan B scheme, after the initial application to expand the terminal was rejected by the committee last year.

The Committee approved the Trinity Wharf site redevelopment, but rejected the demolition of the redux building.

Red Funnel CEO: “We will not give up”
Following the planning committee meeting, Kevin George, CEO at Red Funnel, told OnTheWight,

“We are pleased that the Planning Committee was minded to approve the Trinity Wharf part of the smaller scheme we have proposed for our East Cowes Terminal.

“However, we are now in discussion with the Isle of Wight Council Planning team to understand the implications of the ‘called in’ process, as well as the specific planning policy reasons by which the Planning Committee wanted to refuse the ‘Redux’ part of the plan.

“We remain committed to providing a better ferry service for our customers, and an improved terminal at East Cowes is a fundamental part of our plans. We will not give up.”

Called in by Head of Planning
According to CP reporter Richard Wright, in an unusual move, the council’s head of planning, Wendy Perera, “warned that she was “calling in” the decision and placing it on the agenda of a special meeting so councillors could reconsider the risks of their decision”.

Yet no commitment to run the vehicle ferries more frequently or to dramatically improve crossing times.

just as long as I don’t have to sit and look at that dilapidated pub while waiting to board, I’d be happy with any improvement.

Vote Up00Vote Down
DC
Yet again, where have they said they would do either? I can find no reference in any of the plans that say they will improve the crossing times or the number of crossings per day. Personally I’ve been traveling with Red Funnel to and from work every day for the past 10 years, and whilst I’ve been late a few occasions, and have experienced so disruption, I’ve… Read more »
Vote Up00Vote Down
Mat

Is it because Government money is involved through SLEP?What signal to Government does that say about Isle of Wight Regeneration?

Vote Up00Vote Down
Tim
I believe that it would be helpful if they were to augment their fleet with some quicker smaller vehicle ferries. Apart from saving 15 minutes by not docking at W.Cowes the crossing time at 1 hour is still where it was in the 1960’s. Last week it took me 23 minutes to travel around 14 miles from Beaulieu to Red Funnel Southampton and 2 hours 20 minutes… Read more »
Vote Up00Vote Down
Julie

If there was a fixed link, none of these problems would arise!!!!!

Vote Up00Vote Down
Sick and Tired

Please will the ‘fixed link fantasy lovers’ go away!

You moan, bitch, carp and denounce RedFunnel’s desire to invest many £millions in E. Cowes – expecting (goodness knows who) to invest a £Billion or two or more!

But Red Funnel aren’t actually improving their ferry service at all, whatever happened to “fix the ferries”?

We need quicker, cheaper and more frequent vehicle ferry services from both Red Funnel and Wightlink, but it just isn’t happening.

I have been in contact with both companies in an attempt to get them to improve, I hope that other OTW contributors will do likewise.

Debating the benefits, or otherwise, of a fixed link is perfectly legitimate on any article about ferry services.

If you don’t like it, you, yourself, are always at liberty to visit a different news site.

Comments on a potential fixed link are fine so long as they add something to the debate. Most comments are just repeating things that have been said in other threads.

Vote Up00Vote Down
solentman
Sick and tired – You obviously don’t live on the Island. The Red Funnel plans will destroy well paid jobs (much needed on the Island), and future jobs for our youngsters who wish to work in the marine engineering industry. The Island doesn’t need a bigger (RF) car park and shiny new booking office. It NEEDS decent employment prospects. There is a school in East Cowes specialising… Read more »
Vote Up00Vote Down
Tim

Conversations about fixed links are all very well but the IWC have highlighted cross-Solent connectivity as a root cause of many of the island’s problems, we cannot expect the ferry companies to improve if people can’t be bothered to ask.

Fix the Ferries – where are you?

Vote Up00Vote Down
pieinsky
When Red Funnel introduced dedicated car ferries; West Cowes no longer had the footprint to take the vehicles. So they moved across the river to East Cowes. Perhaps we should ask the question whether East Cowes is appropriate location for an enlarged Ferry Port? East Cowes is an Industrial Town with Marine and Aerospace factories. It’s mainly where the workforce live. River frontage is vital to the… Read more »
Vote Up00Vote Down
electrickery
Yes, FLinkers, either add to the debate in hand or butt out! Nowhere in this story is any mention of prices: the RF/WL cartel is tourism’s worst enemy (well, apart from the grasping landlords and hoteliers of the Bay who are too mean to afford even the occasional lick of paint). Pieinsky is quite correct: RF is in the wrong place, as is WL at Fishbourne. There… Read more »
Vote Up00Vote Down
tr
Electrickery, you raise the point about ferry prices. This is the issue I think should be a top priority. it is an absolute scandal that it has been ignored by those in a position to do something about it. The reason prices are so high is because the crossings are not deemed to be ‘public transport’, so the ferry companies have to pay huge berthing costs at… Read more »
Vote Up00Vote Down
Tim

All options are “Pie in the Sky” until they materialise but I’m pleased to see that not everyone is totally apathetic when it comes to ideas for fixing the ferries.

Most people now accept that the island ferry services are problematic although there are obvious polarised opinions regarding the solution.

But to stick to the matter in hand if the ferries can be fixed this needs getting on with.

Perhaps OTW can reinvigorate the “fix the ferries campaign”?

OTW is a media organisation-not a pressure group. If you feel strongly about this, perhaps you could reinvigorate the campaign.

Vote Up00Vote Down
Tim
Quite frankly I’ve done my share of trying to get the ferries to improve their services, all my efforts of many years have met with rebuttal. The DfT, our M.P. and the all IWC make the same excuse, that the ferry companies are private concerns and that they cannot intervene. Perhaps if everybody who believes the ferries can be fixed were to contact the above en masse… Read more »
Vote Up00Vote Down
electrickery
OTW’s value is as an impartial medium where views can be politely and constructively expressed. Look what happens when the County Press tries campaigning! A major problem with the ferries is that they have a monopoly (I believe the correct term for a shared monopoly is a “cartel” but that’s probably libellous!). If only Scoot had been better planned and executed (BTW, the vessels are still languishing… Read more »
Vote Up00Vote Down
retired hack

I cannot recall that anyone has ever tried to establish an alternative third vehicle ferry service in the modern era. Perhaps there are other options that need to be discussed via this impartial medium?

Discuss them then or write a ‘Letter to the Editor’ like everyone has an option to do. Why do you think OTW should do this ? They’re not paid and maybe they don’t feel strongly about the subject or maybe they don’t feel their place is to lead a campaign..as has already been said, they are an impartial medium…

Why OTW should take the lead on this?

Simply a suggestion as they appear to be well placed to do so.

Regarding any opinion that the editors of OTW may have, be it impartial or otherwise that is for them to express.

Correct. It is odd, therefore, that you continue to express the view that they should take up this campaign, as I am sure they are well able to do so themselves, should they wish to.

We are rather straying away from the original story of Red Funnel claiming that they are intending to provide a “better ferry service” when close scrutiny reveals this not to be the case.

‘We remain committed to avoiding the provision of a better car park for our customers by improving our own site, and an improved acquisition of other people’s money and land at East Cowes is a fundamental part of our greedy plans, however needlessly harmful to other jobs, businesses, and homes. We will not give up.’