Liz shares this latest update with details of Adrian Heng’s efforts at the Hever Castle Olympic Distance Triathlon, as well as his daughter’s fantastic performance in the one mile swim event 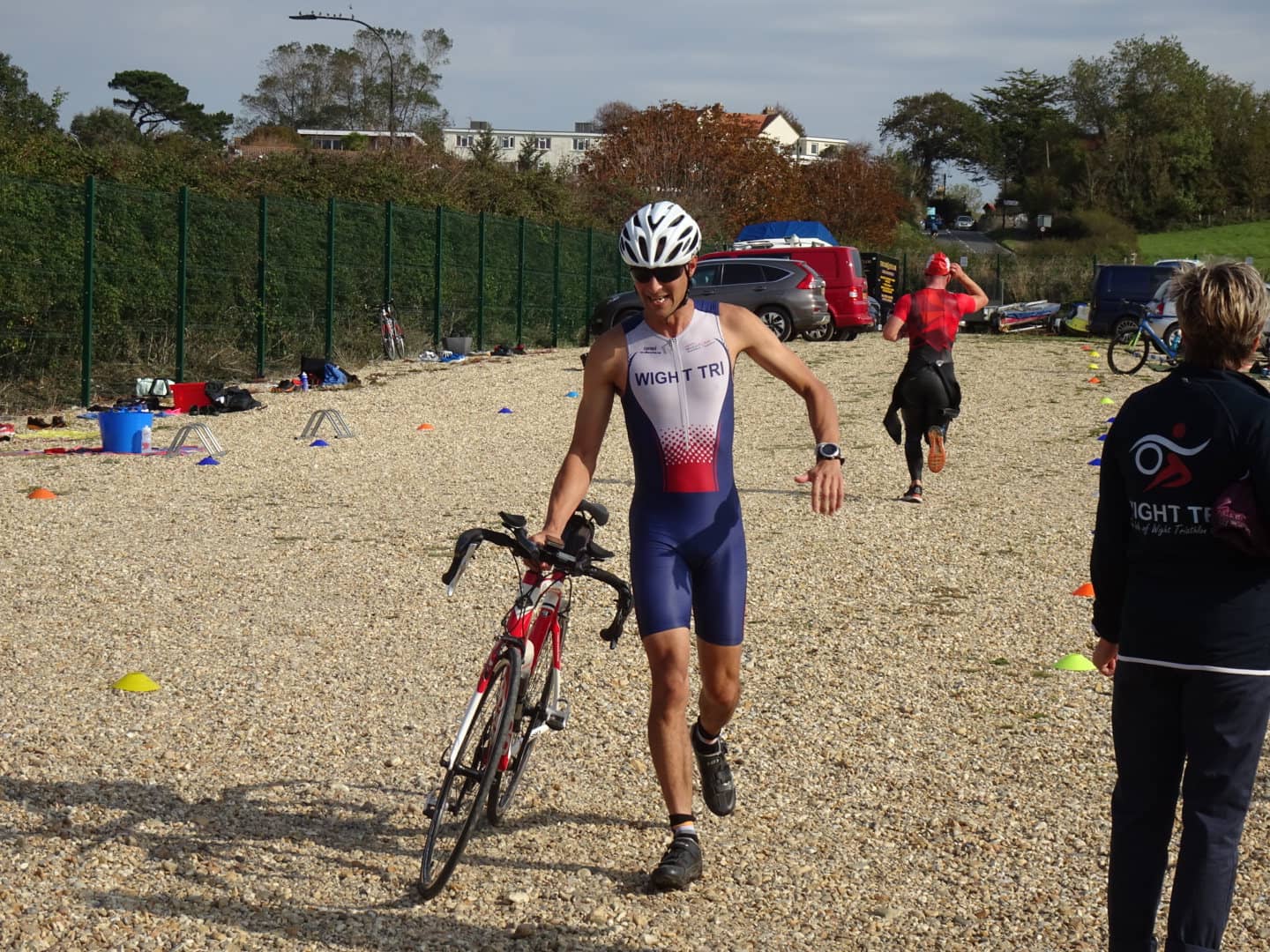 Wight Tri member, Adrian Heng took on the Hever Castle Olympic Distance Triathlon, which unfortunately due to the low temperature had the swim shortened to 800m.

However, the cold temperature was a shock to him as soon as he entered the lake, with Adrian struggling to breathe over the first 300m, a truly uncomfortable experience. Purple feet before entering the water was not a good omen. After 300m he started to warm up, and settled into the last 500m swim to exit the lake in 15:41.

40km cycling
Even after a 500m run up to T1, Adrian still couldn’t feel his hands and feet, making it difficult to put his cycle shoes on.

There was some great support from the crowd exiting T1 and into the 2 lap bike 40km cycle course, which motivated the cyclists on this windy and quite hilly course.

Adrian had a good bike section, overtaking many of the faster swimmers to post a 1:22:00 bike split.

10km running
Adrian continued with a solid run of 50:43 for the 10km run, mainly run on off-road terrain.

Jess Heng
The previous day, his 15-year-old daughter, Jess, had completed the one mile swim event in a very cold lake at 12c, finishing sixth overall, and fourth Female overall in a superb time of 26:36.

News shared by Liz on behalf of Wight Tri. Ed