The response from Wightlink has raised more questions, but in the meantime here’s how they responded to the petition 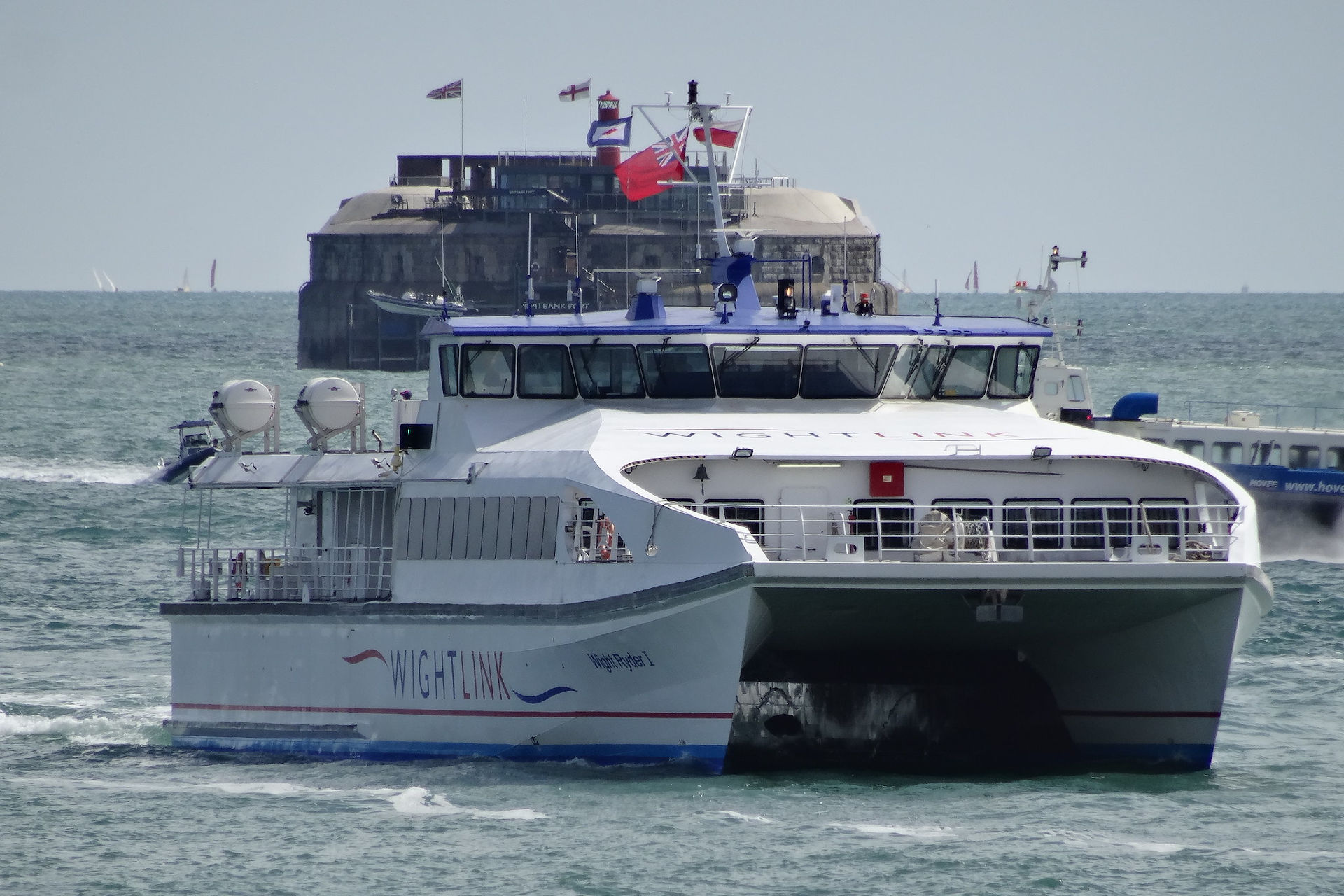 OnTheWight yesterday (Monday) highlighted a new online petition which calls for Wightlink to use a charter boat to continue twice hourly high-speed service to Portsmouth from Ryde Pier during the annual refit of the FastCats.

The petition, set up by Natasha Lee, is starting it gain traction attracting close to another 100 signatures overnight.

“Sufficient capacity to carry all season ticket holders”
In response to questions put to Wightlink, a spokesperson for Isle of Wight ferry company told OnTheWight,

“Wightlink spends more than £600,000 a year on annual refits for its FastCats and further on routine maintenance on the Wight Ryders throughout the year.

“As FastCats can carry up to 260 people on every crossing, there is sufficient capacity to carry all season ticket holders and regular commuters on an hourly service.”

“Most customers … preferred to use the remaining FastCat than the charter vessel”
They went on to add,

“Wightlink did not charter an additional vessel during refit in 2018 or 2019, as well as in 2020. In previous years, Wightlink found most customers who wanted to travel at this time preferred to use the remaining FastCat than the charter vessel.”

Call for reduced fares
The petition also stated that if a charter boat is not added, Wightlink should reduce the season ticket cost or compensate customers.

The spokesperson for Wightlink responded,

“We are sorry that on one occasion in January some Wightlink customers had to wait for the next crossing after another operator cancelled sailings and caused the Wightlink service to be busier than usual.

“Typically, fewer than one in 100 FastCat sailings are cancelled for any reason. During the worst of Storm Brendan this month, Wightlink’s FastCats and Fishbourne car ferries were the only cross-Solent services still running.

“A Wightlink annual season ticket costs £4.89 per day or £2.45 per crossing, if used 364 days per year. It can be used on any of our routes on more than 40,000 sailings a year and also includes four single car crossings and discounted parking.”

This response has raised several more questions, which OnTheWight has gone back to Wightlink with. We’ll update once we hear back.

Silence from MP
Isle of Wight MP, Bob Seely, who stated in October last year that he would be monitoring the service performance of cross-Solent operators, has failed to respond to OnTheWight’s questions.

Of course regular passengers preferred to use the FastCat rather than the charter vessel as it gets there quicker and connects with the train but that’s not the point, which is that Wightlink is only providing a reduced service and should have a backup cat available, as Red Funnel do.

Vote Up27-2Vote Down
Jeff
Wightlink decided to replace the 3 old FastCats with just 2. The rational/promise was they would charter in boat(s) when one or more of the new FastCats were broken or in for annual maintenance. Seems keeping one’s word (personal, corporate or political) can now only be found in history books. Red Funnel maintains their own RedJet backup craft. Wightlink should as well. Wightlink operates a sub-standard service.… Read more »
Vote Up22-1Vote Down
tashaklee

Looks like Red Funnel are providing a better and more responsible service than Wightlink?

Vote Up19-1Vote Down
tashaklee
I used the replacement services daily as, under normal circumstances, I would catch the 08.10 and 17.40. The replacement services were ALWAYS full! The hourly cats have very little spare capacity – school parties and hovercraft failures will cause them to be over capacity. Our issues are more about the timing, flexibility and the fact that your customers have commitments they they are now unable to fulfill!… Read more »
Vote Up19-1Vote Down
tashaklee
I suggest someone (From Wightlink) checks: the numbers travelling on the 07.47 and 18.15 cats – the commuter runs how many days the toilets have been out of order how many late sailings there have been (Especially those that miss the island line trains). I also suggest you ask people to describe how they feel about the situation! If not, perhaps someone from the press may oblige… Read more »
Vote Up150Vote Down
tashaklee

The Wightlink statistics are not correct:
I know of regular commuters who were turned away on Friday the 17th January.
Also, issuing a reduced timetable DOES constitute cancelled sailings.

Your commuters will be regular travellers throughout the year? There is no good time to reduce your service!!!

Thirdly, who on earth goes to work 364 days a year? I’m sure even postpeople get days off and holiday!

Fourthly, using my passenger ticket to go on a car ferry daily is really not practical (and is far more time consuming) so I buy books of tickets as well as my annual passenger pass!

Are there also issues with the car ferry timetable at the moment? Has that also been reduced???

Firstly. I have been doing this commute for over 6 years. And I am fairly sure last year was the first year the stopped the replacement cover!

Vote Up60Vote Down
penny
The arrogance of Bob Seely throughout this entire ferry fiasco!!!…….He has failed to support commuters, despite countless public requests for him to do so. The fact that it falls on commuters to instigate petitions, investigations etc, speaks volumes on his lack of respect, not only for regular commuters who rely on the service, and possibly risk losing their jobs, but also for all Islanders/visitors who depend upon… Read more »
Vote Up7-1Vote Down
Tim

Shall we have a reality check everyone? Whilst the Rt.Hon. Bob Seely MP continues to obstruct the investigation of the ferry companies by the CMA we can expect to be treated with contempt by them, there is no alternative. (Cue yawning from “Dalek”!

So we should just lay down and take it? I get your point but apathy will get us nowhere. This is unfair treatment of a captive customer base. The inflated prices and decreaseD services and facilities will not only affect the commuters and other ferry users, they the whole economy of the Island. They have too much power!

Anecdotally I have heard that there are issues with this ‘discounted’ parking? And does that not benefit visitors, rather than islanders?

In 2019 – during the service period the running car broke down and after waiting over one hour, we were herded over to the car ferry to get home.

What questions has it raised? A fairly straightforward answer from them really. I’m on the cat later, it will be busy, but we’ll all get on it.

In the statement it says:
“most customers who wanted to travel at this time preferred to use the remaining FastCat than the charter vessel”

1. Where did this information come from?
2. How many customers said it?
3. When did they say that?
4. What led to the decision in 2018 to not initiate the chartered craft?
5. How much is Wightlink saving by not running a chartered craft?