The WLWM Time Trial Series begins next month, but in the meantime, Clint Oliver represented the Island in a virtual race 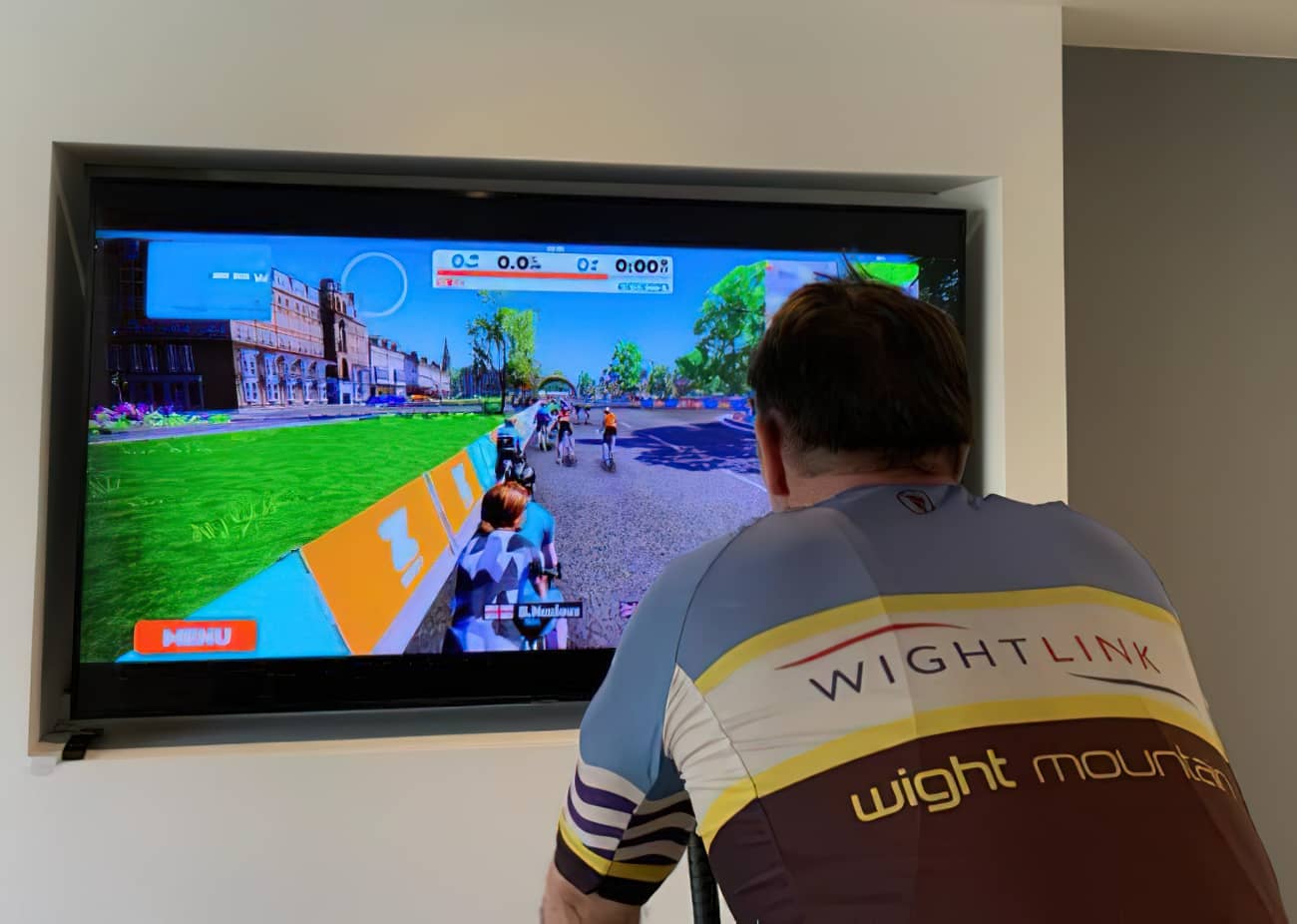 After a difficult year, with very little road racing, the Wightlink-Wight Mountain (WLWM) Cycle Race Team members have continued with their winter training schedules, both on the road and on virtual indoor platforms, in anticipation of competing in events later this year.

In the meantime, Cycling Time Trials (CTT) have recognised the need for competition and recently invited riders from the WLWM team to compete in the South DC e-Cycling Time Trial Championship 2021.

‘Furze Hill Rollercoaster’
WLWM rider, Clint Oliver (pictured from previous racing), competed in the first round on a virtual version of the ‘Furze Hill Rollercoaster’, a ten-mile time trial course regularly used near Wimborne in Dorset. As the name suggests, the course involves a rolling, lumpy and twisting first half with a fast downward, tilted rolling back half.

The trainer/bike set up Clint uses recreates the extra resistance to replicate the effort needed to go uphill.

Ninth place
In a strong field of 64 of the best Southern based riders, Clint put in an impressive ride and finished in ninth place in a time of 25 minutes 22 seconds, just over a minute slower than the winner.

“It was a tough course, but I really enjoyed competing again and I’m looking forward to the next round.”

The first round, the Chessell 20km TT, will be held on Sunday, 18th April and it is hoped that it will be as successful as the events held last year.