All Wight Now say this will be a ‘World first’, building on the festival’s legacy and making the Million Dollar Bash dementia friendly. 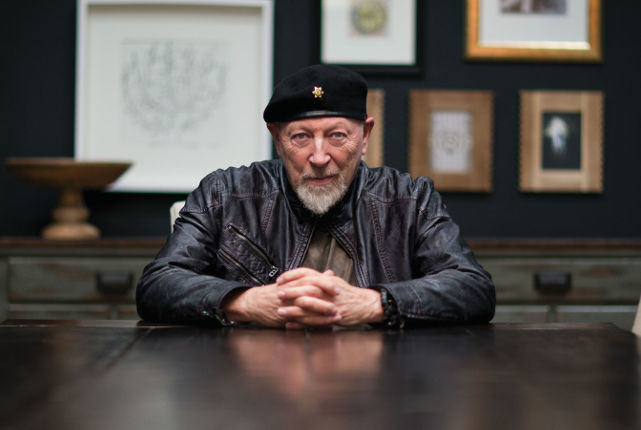 Bill shares this latest news on behalf of All Wight Now. Ed

The Isle of Wight is to stage the world’s first ‘Dementia Friendly’ rock festival when Million Dollar Bash marks a special anniversary in August.

The Bash is the latest event from All Wight Now, the Island group dedicated to celebrating the iconic first three IW Festivals in 1968-69-70.

Where and when
It takes place on Saturday, 31st August, at the County Showground – exactly 50 years to the day since Bob Dylan headlined the legendary 1969 second Isle of Wight Festival of Music.

Dylan was joined by a raft of top acts, including The Who, The Moody Blues, The Band and Joe Cocker.

The Bash
The Bash is curated by ex-Fairport Convention star Ashley Hutchings MBE, described by Dylan himself as “the single most important figure in English folk-rock”.

It will feature top acts, including Richard Thompson, Wishbone Ash and Ashley Hutchings – plus 1969 veterans Julie Felix, The Pretty Things and Jacqui McShee’s Pentangle are returning 50 years on to perform.

All Wight Now’s Peter Harrigan, who served on the management of the 1969 and 1970 IW festivals as PR director, said it was an exciting development.

“We’re excited that in celebrating the Dylan festival 50 years on with great music from the period, we are also breaking ground by making this event dementia friendly.

“Fans who flocked to those historic Island festivals are clocking up the years and there is a lot of interest in this August’s anniversary event from veterans far and wide as well as from music lovers from all generations.

“Dementia touches all of us in the community, family members, friends, neighbours and perhaps ourselves. It involves dedicated carers, health and social professionals and music has the remarkable power to provide pleasure and stimulation, awaken memories and other benefits.”

“We want the IW to be at the forefront of understanding in recognising these benefits and to continue building on the festival’s legacy.

“To that end, we will shortly be announcing a partnership with a major national dementia charity.”

“This is set to be a ground-breaking development for a festival that welcomes fans of every age group, young and not-so-young. Those members of the Sixties generation who made the original Island festivals so memorable will be most welcome – indeed very, very welcome – at the Bash.

“The vast majority will, no doubt, be as fit and healthy as ever. But for those who aren’t our gates are wide open and we will do all we can to make them feel at home. The festival is already wheelchair friendly but this is another development entirely. We will be able to give more details soon.”

“The Isle of Wight in 1969 was beautiful, the aristocracy of festivals.

“I am so looking forward to going back to mark the 50th anniversary at the Million Dollar Bash. I played just a few hours before Bob Dylan himself back then – it was a beautiful time.”

Acoustic Marquee
In addition to the main stage, there is an acoustic marquee, including poetry and spoken-word acts, and an exhibition area displaying CH Vintage Audio’s collection of original IW Festival WEM sound gear and mixing desks from 1969-70 and the Charles Everest Collection of festival photography.

In addition, renowned sculptor Guy Portelli will have his in-progress cast of Bob Dylan on display.

Buy now
Tickets are available online from at £44.

Alternatively, IW discounted tickets are available at £40 from That 60’s Place, Cowes High Street, and at Dimbola Museum and Galleries, Freshwater.