Young people on the Isle of Wight shunning cigarettes, according to latest figures amid health campaigners’ hopes of a ‘smoke-free generation’ soon. 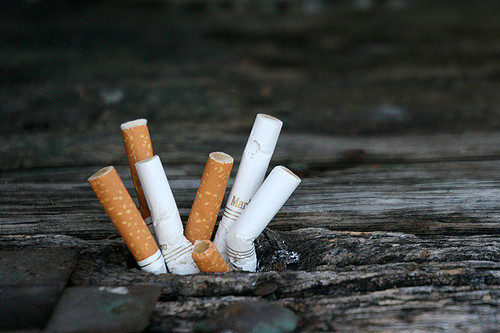 More and more young adults on the Isle of Wight are spurning cigarettes and choosing not to smoke, new figures have revealed.

Data from the Office for National Statistics shows that the percentage of the Isle of Wight’s population who have never smoked has risen by 38% since 2011.

Last year, across Britain, 17.8% of 18 to 24-year-olds said they were current smokers, compared with 2011 when more than a quarter smoked.

Cause and effect
Deborah Arnott, Action on Smoking and Health chief executive, put this reduction down to banning tobacco advertising.

“Is it any wonder young people today increasingly choose not to smoke. It’s much less cool than it used to be.”

Vaping used to stop smoking
This has been helped by the rise of e-cigarettes.

The ONS estimates there are 2.8 million vapers in Britain, and almost half said their reason for taking it up was to stop smoking.

The Isle of Wight has slightly more smokers than the South East does on average. Across the area 13.7% of people said they were smokers last year.

Downward trend
Women are more likely to smoke than men on the Isle of Wight. Smoking rates across the country are down overall.

“Smoking rates have fallen because over the last twenty years the British Government has gone further and faster in tackling smoking.

“But smoking must become history for all of society not just for the wealthy.

“Cuts in public health funding and lack of treatment for smoking on the NHS mean poorer more heavily addicted smokers, including those who are pregnant, are not getting the help they need to quit.”

“Smoking rates have dropped by almost a quarter in five years, a triumphant step in eliminating the nation’s biggest killer.

“The data shows we are winning the war on tobacco and that we are tantalisingly close to creating the first-ever smoke-free generation in England.

“But that war will only be won if we make more progress in helping people from deprived areas and people suffering from poor mental health, where we know smoking rates remain stubbornly high.”

Image: Dennis Hill under CC BY 2.0