‘You’re having a laugh!’ Or will be tonight if you head to Quay Arts

If you haven’t made plans for tonight, gather your friends and head to Qua Arts for an evening of comedy. 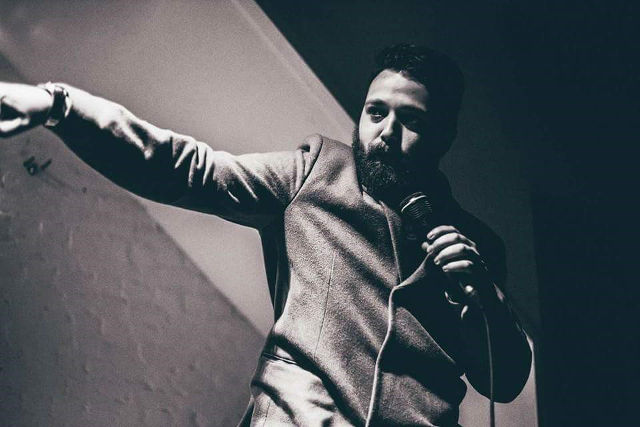 Comedy is well and truly back at Quay Arts. Hosted by the lovable Bobbin Dixon and featuring a choice pick of three upcoming stand-up comedians, a great night is guaranteed.

Nathan Eagle
“I’ve been very passionate about performing from an early age.

For the past few year I’ve been one of the lead actors for an independent comedy/film group called the BROKEN BRICKS.”

Michael Frankland (pictured at top)
“As an act, Mike is reliable and professional is his approach. He is also very funny, with a well thought-out set. I once MCed a gig where he got such a great response that I didn’t want to have to go back on, afterwards!” – Quackers comedy

with his confidence and warm personality. He is an engaging comedy story teller and covers tales about his family, speeding tickets and extremist rodents. Sunjai is a solid comedy act, oozes charm and will leave you grinning ear to ear.”

a stream of silly nonsequiturs coming from his mouth while extra gags pop up on screen, giving twice the jokes for your money. A daft favourite for me.” Steve Bennett – Chortle

Tickets are priced at £10 each or £20 each with food. The event starts at 8pm tonight (Friday).

Filed under: Comedy, Newport, The Arts, What's On