The new Combined Fire Authority comes into force next year and brings with it an increase of £6.88 per annum for Band D council tax payers – in order to meet the same amount being paid by Hampshire residents 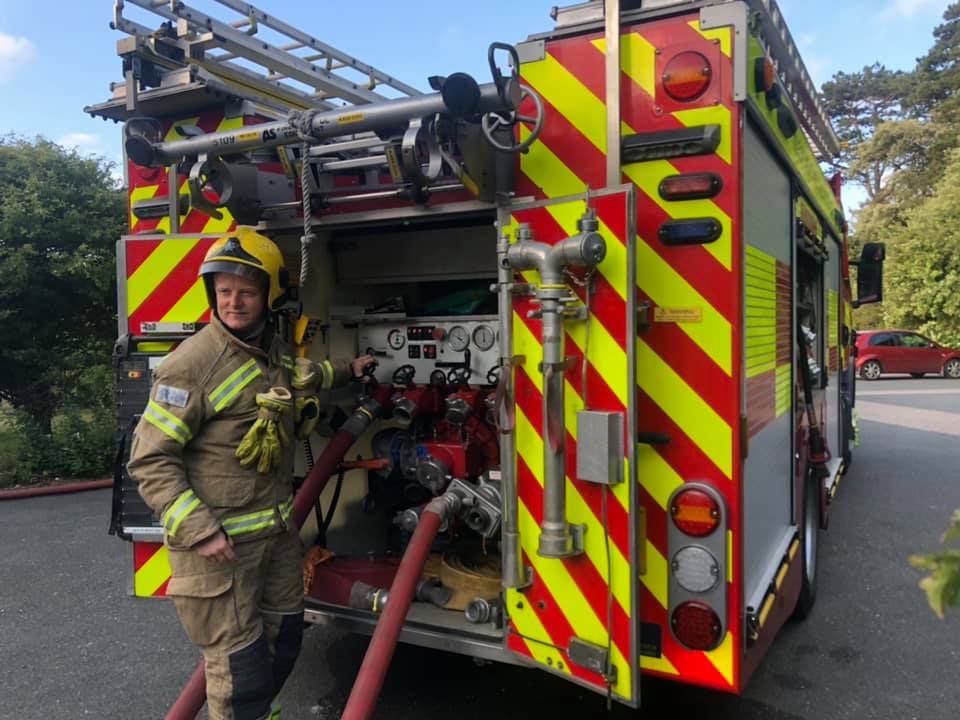 Isle of Wight residents will have to pay more for a new tax for the new combined Hampshire and Isle of Wight Fire Authority from 2021.

Islanders will have to pay more to a fire precept — like the ones for town and parish councils and the police — towards the new combined fire authority, in an act of ‘council tax harmonisation’.

A combined fire authority (CFA) is set up to cover more than one local authority area.

£6.88 extra a year
A full meeting of the Isle of Wight Council heard that in order to pay for the service, Island Band D council tax payers will pay £69.06 (for a Band D property), on top of council tax from 2021, for the first year.

However, £62.18 of this will come from the existing allowance for fire in their council tax bill, meaning the actual increase will be £6.88 per annum.

Hants residents already pay more
However, across the water in Hampshire, residents will not change how much they pay towards the precept initially as they have already been paying more in a separate tax for their Hampshire Fire and Rescue Authority.

This has been determined as a baseline before any other increases to council tax and precepts are made — so Island residents will pay to match the precept tax level in Hampshire and then potentially more if it is decided to raise taxes in February 2021.

“A stealth tax”
Although it was voted through by the Isle of Wight Council, with 24 votes in favour and one abstention, 12 councillors voted against the new proposals for the new tax level — calling it a stealth tax and saying it would put the Island in a situation where it seems to be paying more with no guarantee of anything in return.

Cllr Michael Lilley said he was confused by the proposal and that it was not fair for the Island. He said,

“It seems to me, even though we have given away all the capital assets regarding the fire service, that actually we Island residents are paying an extra amount for it.”

Andre: “At a loss to how I can explain this to my residents”
Cllr Debbie Andre, leader of the Island Independent Group, said she could understand the rationale behind precept, but could not vote for it.

Barry: “I think that is a shame but nothing can be done”
Cllr Reg Barry said the Conservative councillors had wanted to ‘get rid of’ the Island’s service since they took control in 2017.

“Not only are they getting rid of it, the Isle of Wight people are going to have to pay more for it, I think that is a shame but nothing can be done.

“In the end, there will be nothing left on the Isle of Wight, it will all be run from Hampshire.”

Peace: This is the only way we can fund it
However, Cllr Gary Peace, cabinet member for community safety, said opposition members were looking at the issue in ‘completely the wrong way’ as the current service was not good as it wasn’t being funded properly.

“This is about increasing safety and resilience for this Island and for our people and actually it is a really small price to pay to have increased resources, increased fire engines, increased training and a better service.”

newest oldest most voted
Colin
We only have the council’s word. Who decided the amount that we already paid as part of our council tax? Why do we need to pay more? Surely the reasoning behind the rearrangement of the fire service was to save money? Oh, maybe not then. So, we are going to make changes to the management of the fire service and it’s going to cost you more. Welcome… Read more »
Vote Up45-1Vote Down
timmiebear

Interesting Council tax comparison here for an average band D property…
On a scale of 1 (low) to high (205) high, Hampshire is 33rd with an average charge of £1286pa and the Isle of Wight attains the dubious heights of being 175th highest at £1663pa

Well someone has to pay for Dave Stewart’s continuing floating bridge fiasco.

@ timmiebear. That’s an interesting table of charges. So not only do we pay far more than Hampshire in council tax, we would appear to have paid significantly less proportion of our council tax on the fire service. The words “levelling up” spring to mind. Adds to the meaning of con in conservative.

Vote Up270Vote Down
Eagle eye
Not sure how the figure of £6.88 for Band D has been arrived at given the information below. Perhaps we should scrap the PCC and his staff which would more than cover the increase for the Fire Service. I know who I’d rather fund. I would like to see evidence of how the figure of £6.88 was arrived at. ——————– This Safety Plan covers HFRS and IWFRS… Read more »
Vote Up190Vote Down
Sally Perry

Glad we are all paying for other peoples darling children setting light to everything…perhaps their bored must be the government’s fault…not their parents of course..