70 new jobs on the Isle of Wight at MHI Vestas

MHI Vestas – the world leading offshore wind project company – has announced 70 new jobs at its blade production facility on the Isle of Wight this week. 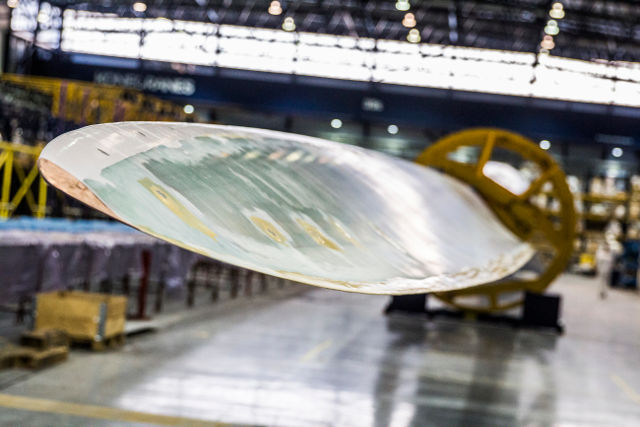 MHI Vestas continues to add significant value to the Solent Region with the company announcing 70 new jobs at its blade production facility on the Isle of Wight.

“MHI Vestas Offshore Wind’s decision to increase production staff at their Isle of Wight facility is great news. As manufacturers of the latest generation of offshore wind blades they play a vital role in the UK’s offshore wind industry.

“I look forward to seeing these blades in UK and European projects in the future, starting with the Burbo Bank Extension wind farm.”

“There are three key areas of value that we bring to the UK, namely competition, innovation and skills, which will continue to bring direct benefits in terms of cost reductions, jobs and investment in the UK.

“This truly is a win-win-win scenario. A win for UK jobs. A win for UK industry. A win for cost competitive, secure, low carbon power generation in the United Kingdom.”

“We look forward to the, hopefully imminent, announcement of the 2016/17 CFD auction which will enable us to continue to bring value to the UK as ever more cost competitive projects are built out from the early 2020s.”

MHI Vestas remains firmly on track to, once fully triggered and implemented, deliver up to 800 jobs and £200 million of investment in the UK as part of a broader Industrial Strategy.

Wouldn’t it be wonderful to see these locally made blades turning in an off-shore wind farm producing clean electricity for the Island?

We should be world leaders in wind and tidal generation – let’s face it, here on the Island we’ve got the wind and tides!

This would have happened if the government had not blocked the planning application. We could have also had extra jobs in the West Wight servicing the turbines.

Let us not forget that the Government blocked the planning application due to pressure from the rampant neo-luddite groups.

Vote Up00Vote Down
mat
The approach of the company must be altered to accommodate proper industrial relations on a modern basis since the company has decided to go back into increased production. New workers and old should have their Trade Union Rights upheld to elect representatives with full recognition to discuss terms, conditions and contracts through free collective bargaining procedures.It was the fact that the company did not recognise rights by… Read more »
Vote Up00Vote Down
mat

Vestas, has had the benefit of taxpayers money through funding.