Your help is needed to secure this icon of engineering excellence for British aviation heritage and bring the original Cushioncraft CC7 back to the Isle of Wight. 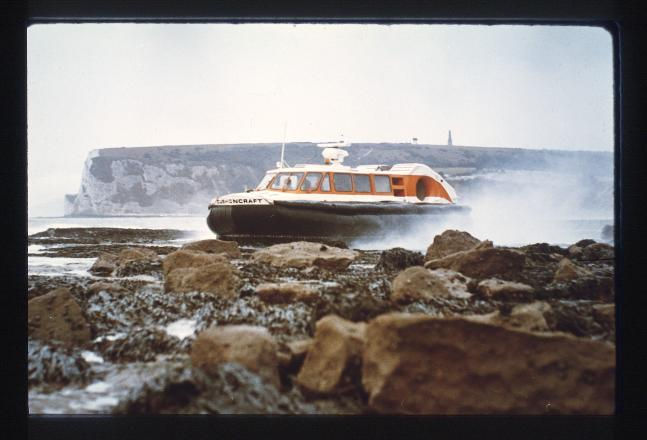 The Trustees of the Wight Aviation Museum have launched a fundraising appeal to rescue an original Cushioncraft CC7 hovercraft.

“We are urgently appealing for your help to rescue an important part of the Hovercraft story on the Isle of Wight. We are asking for donations to rescue an original Cushioncraft CC7 built here at St Helen’s Duver.

“We need to raise around £15,000 to cover the purchase, transportation and refurbishment of the Cushioncraft, which we will bring back to the Island so the museum can put the craft on display to the public at Sandown Airport in the summer when the museum opens.”

Up for auction
News of the unexpected availability of the craft, came when Warwick Jacobs, founders of the world’s first Hovercraft museum, called to tell John about it.

“My first thought was this naturally belongs on the Isle of Wight, paying tribute to the work of Britten Norman!”

According to John, it’s possible this craft may be sold off to a potential buyer from overseas at auction in January.

Show your support
If you are able to donate something towards the appeal, as little or as much as you can afford, you’ll be helping Wight Aviation Museum return this Cushioncraft to the Island where it was made.

Call for engineers
John goes on to say,

“Additionally we would like to use the skills and knowledge of those that were originally involved in its production who are still here and able to assist us.”

Find out more about the Wight Aviation Museum by visiting their Website.

Our thanks to Anne Grant of Solent Aviatrix – a Website dedicated to woman pilots of the Solent – for sharing news of this appeal.

By the year 2000 we will all be commuting to work in Cushioncraft & jet packs, wearing shiny silver boiler suits made from Bacofoil.
(I know I do)

Vote Up30Vote Down
robin
Surely it would be more appropriate to have the hovercraft ‘brought home’ to The Hovercraft Museum at Lee-on-Solent, across the water. For those who are interested in theses fascinating machines there is a 700 page book called ‘On a Cushion of Air’ which traces the development of the hovercraft from Cockerell’s discovery that heavy weights could be supported on a cushion of low pressure air, and practically… Read more »
Vote Up10Vote Down