The option to buy two strips of redundant land next to the Newport Football ground from the Isle of Wight council for £350,000 will last for five years. 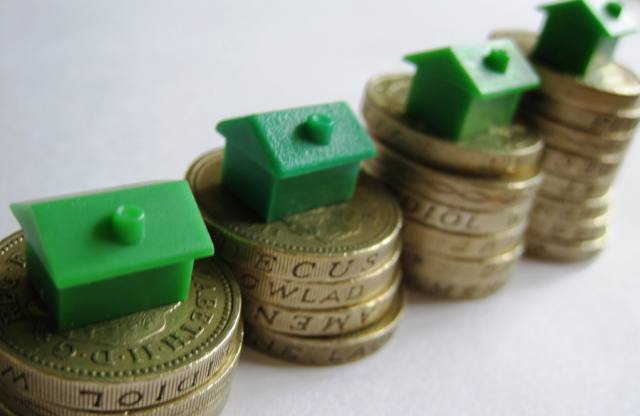 At last night’s Isle of Wight Executive meeting, members approved a proposal to give South Coast Leisure (SCL) an option to purchase redundant strips of council land by St George’s Park for £350,000.

Thanks to Cllr Geoff Lumley for sharing the news (no media attended the meeting) who also added that a further valuation from the District Valuer was presented, putting the value of the land at £370k (papers for the meeting had stated previous valuations at £441,450).

The agreed price to sell the land should SCL take up the option in the next five years will be £350,000.

£20m windfall for the council?
Concerns had been raised that if SCL had taken the council’s planning decision on the ASDA application to judicial review, the chances of the Council receiving the £20,000,000 (expected figure after associated costs) in Section 106 money from ASDA would been reduced.

Cllr Geoff Lumley (Lab) and his fellow party members Cllr Alan Hollands will present their motion at tonight’s full council meeting calling on the council to spend the money more imaginatively that to simply invest it.

I realise this is probably being sold for less than market value, but the long-term gain is going to be good if the £20m materialises. I just hope the arrival of Asda won’t affect Newport businesses in the way some have suggested.

Asda will not be coming to newport.

Smart move iwcc; shot yourself in the foot

Vote Up00Vote Down
Check the paperwork

I don’t think that SCL are now planning to build a supermarket there, so not sure why you think Asda won’t come. SCL wanted the option to buy the land so they could develop something else there instead.

Have a read it wrong? But “should slc take up the offer to buy in next 5years”? Does this now mean no Asda and also the site remaining empty for up to yet another 5 years? Are the council merely trying to get a bartering war going to push up the price? Surely it would be better to sell and have it developed to create jobs?

It will not affect ASDA who are developing on the land adjacent to that being discussed here.

If the planning decision granted to ASDA goes unchallenged, they plan to start work asap and have the store open by early 2017 … and the council will get at least £20m (after expenses) in Section 106 money.

Not sure its defined as ‘Section 106’ money, which would be easier to use than the capital receipt I think it actually is. There are section 106 agreements as part of the planning approval that will deliver highway and pedestrian improvements for this area of my ward.

I wasn’t aware of this extraordinary meeting. I presume it was advertised in the correct manner? Odd no press were there.

We ran a piece on it last week: http://wig.ht/2cFM

Blast. I read the piece but hadn’t noted the Executive.

Vote Up00Vote Down
davidwalter
I agree with Geoff that it isn’t 106 money but I don’t agree with Geoff that £20 million of capital — from the sale of land belonging to residents of the Isle of Wight — should be blown on padding living conditions. It MUST be invested. However, rather than invest it on the money markets which the Independents are proposing, I would like to see it invested… Read more »
Vote Up00Vote Down
Geoff Lumley

DW – ‘blown on padding living conditions’! So speaks a Tory…….Look at the list of things Labour suggests protecting and you will see the alternative world of some Tories compared to ordinary people. And investing it in future capital projects is something we would do, rather than borrowing, with the costs that entails.

GL — Leaving party politics out of it, what do you think of my suggestion?

It shows some much needed imagination, which we need from this Council.

Vote Up00Vote Down
Stewart Blackmore
How about, DW, if you want to invest it in capital projects, lobbying for some of it to be spent on real social housing – what we used to call council housing in the old days before Thatcher sold off most of them helping to create the present housing crisis. This would have many benefits including creating thousands of jobs, employing skilled workers, creating REAL apprenticeships and… Read more »
Vote Up00Vote Down
tiki

Stewart – how do we know those thousands of jobs will go to islanders? What percentage of Barratt home employers are island based (can we find out?). Have they created 1000’s of jobs? Wasn’t there a bloke in the paper last week who wanted social housing but has turned down 12 properties because they were in the ‘wrong area’.

Tiki is right. I seem to recall that, when Pan Meadows was being built, Islander builders complained to me that the majority of the workers on site were from the mainland.

(The same with Tescos Ryde and I expect with the forthcoming ASDA as corporations like them – and Spectrum Housing- have long term deals with construction companies.)

tiki — Yes, I am told that most building jobs go off-island. Good for B&Bs who put up temporary workers but no good for the long-term outlook of the Island or Islanders.

SB — It’s a subject dear to my heart. Maybe we can discuss when we next meet?

It’s a shame we’re getting Asda at all, when they’re owned by Walmart, who are not exactly known for their ethical behaviour.
http://en.m.wikipedia.org/wiki/Asda

Vote Up00Vote Down
davidwalter
With retail margins under severe pressure it’s hard to see how ASDA can justify entering the IoW. The market is static in volume, falling in value with reducing margins. It’s no good for the Island as any jobs created will be at the expense of jobs in other retail outlets. As I have been saying in public and direct to councillors, we must assume that this money… Read more »
Vote Up00Vote Down
Cynic

Supermarkets make up their losses by screwing their suppliers with their draconian contracts. Walmart does the same in spades…. and to their employees.