Blue Moon on Halloween: A once in 19 years event taking place this month

This family-friendly event from The New Carnival Company has inspired local artists, schools and communities, who have been busy preparing and making illuminations for the outdoor spectacle 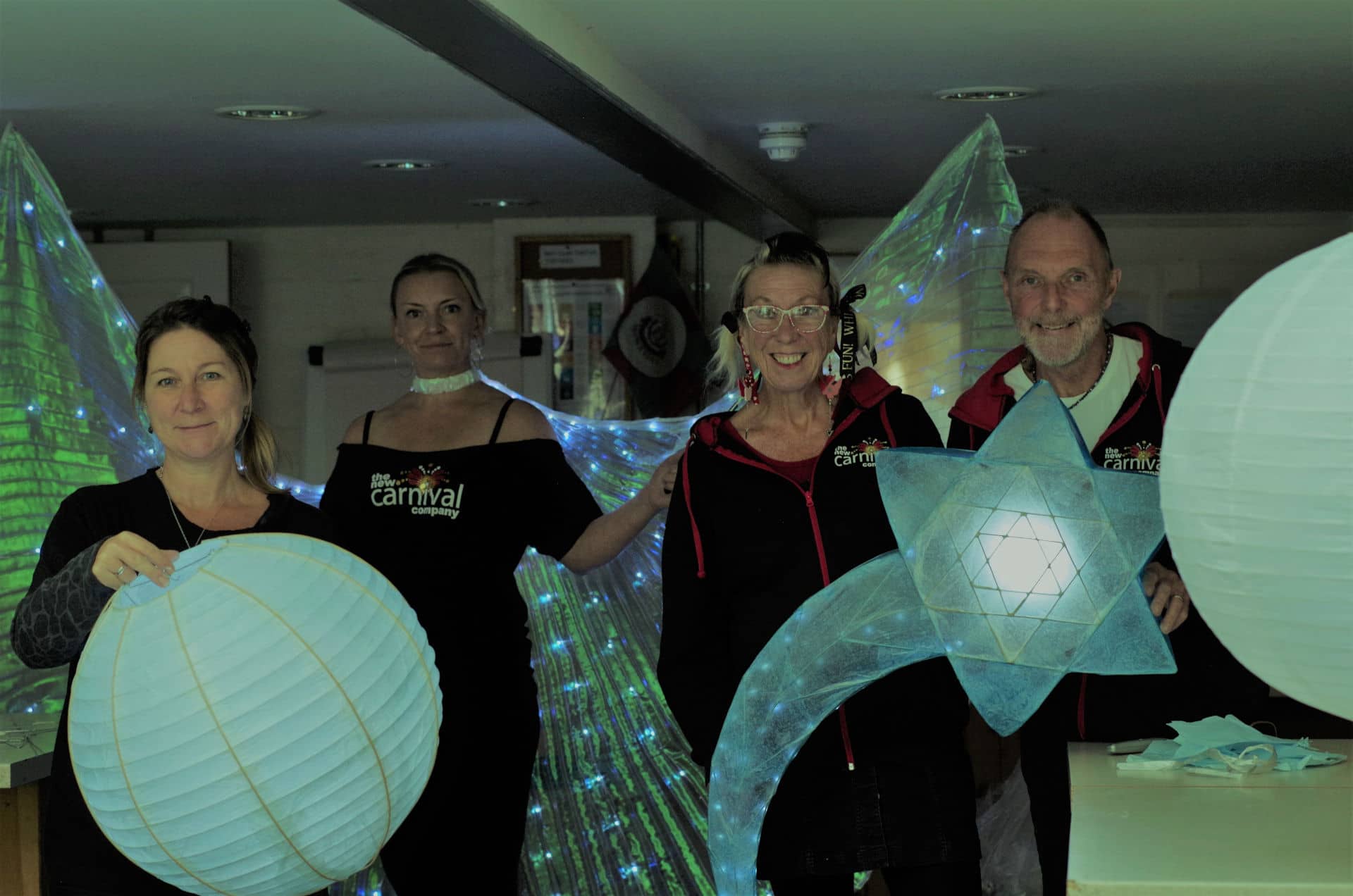 The New Carnival Company (NCC) is forging ahead with plans to produce a live outdoor arts event at the end of this month, to celebrate the rare and very special Blue Moon.

A Blue Moon is said to occur when there are two full moons in a single calendar month. A Blue Moon only falls on Halloween once every 19 years!

Respecting our Dark Skies
Yet far from Halloween celebrations, The New Carnival Company’s event will take the theme of Dark Skies, and is supporting the IW Area of Outstanding Natural Beauty (AONB) to get official recognition for the Island to become an International Dark Skies Area, one of only 16 registered so far in the world.

The recognition would ensure protection for nature and heritage but also promote tourism, being complimentary to the Island’s newly designated status as a UNESCO Biosphere Reserve.

Where and when
Once in a Blue Moon will take place at The Garlic Farm, Newchurch, and run for three consecutive nights – 29th, 30th and 31st October.

The illuminated Trail around fields and through woodland, taking approximately one hour to complete, has been so popular it has now sold out.

Bateman: Some of the darkest skies in Europe
Joel Bateman, projects officer for IW AONB explained,

“The Isle of Wight has some of the darkest skies in Europe. Dark Skies are areas where there is little ambient light pollution and the stars are clearly visible.

“This is important for nocturnal animals and insects as light pollution confuses them so that they cannot feed or find a mate.”

Illuminating outdoor spectacle
Despite the challenges of Covid-19 restrictions, the idea behind the event has really inspired local artists, schools and communities, who have been busy preparing and making illuminations for the outdoor spectacle.

From the Big Bang itself, through constellations and star bursts, to nocturnal wildlife and even sounds of the night. Expect tap dancing foxes in dustbins, moth screens and mirror installations, giant foxes and badgers, plenty of bats… but not a vampire in sight!

“We have worked really hard as a creative team to get this right – the concept for the event was first muted way back in April, as events all over the world were being cancelled or postponed.

“We have taken advice from all the governing bodies and carried out detailed risk assessments for our activities.

“Our local audiences have expressed an eagerness to experience live community events once again – albeit in a very new and safely controlled way.”

Down to the Coast
The project represents the final public work of the Down to the Coast (DttC) Landscape Partnership scheme, supported by the National Lottery Heritage Fund.

“Once in a Blue Moon demonstrates the real strengths of the Down to the Coast partnership which since 2013 has been enabling creative and environmental bodies to work together to bring us fantastic community events that celebrate the Island’s outstanding natural and cultural heritage. Onwards and upwards!”

You can also download a new brochure ‘Discover Dark Skies’ from NCC and partner websites. The brochure was created by NCC’s learning manager Hannah Ray in collaboration with IW AONB.

1 Comment on "Blue Moon on Halloween: A once in 19 years event taking place this month"

When I was younger I used to think that a Blue Moon was literally blue and got very excited to see one until I realised it’s just a calendar thing. Very disappointing.