Fifty years after Bob Dylan made his now-legendary appearance at the 1969 Isle of Wight Festival, he’s made an incredible gesture to a new festival about to honour the anniversary. 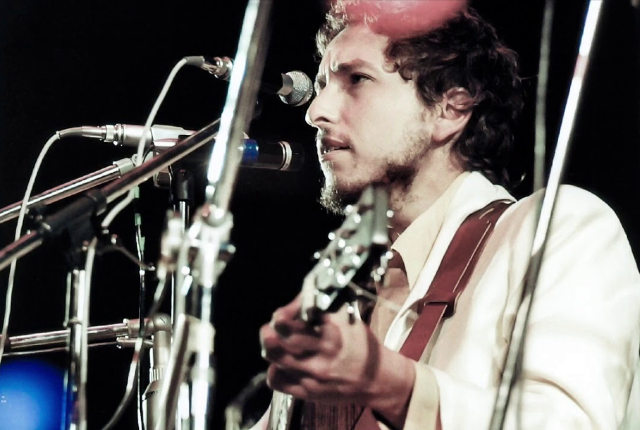 Bill shares this amazing news on behalf of All Wight Now. Ed

Fifty years after Bob Dylan made his now-legendary appearance at the 1969 Isle of Wight Festival, the great troubadour has made a remarkable gesture to a new festival about to honour the anniversary.

It means a previously unpublished and unheard Dylan composition will be heard exclusively for the first time at the Million Dollar Bash festival on the Isle of Wight on Saturday, 31st August.

Chose Wight over Woodstock
Dylan famously turned his back on the Woodstock Festival in New York State – close to his home at the time – to perform instead on the Isle of Wight on 31st August 1969, in front of more than 150,000 fans.

Half a century later, to the day, Million Dollar Bash has been organised to salute that legendary event when Dylan was joined by a stellar bill including The Band, The Who, The Moody Blues, Julie Felix, The Nice, Tom Paxton and Free.

Special poem shared for festival
Now Dylan has made contact with Million Dollar Bash’s curator, Ashley Hutchings MBE – a founder member of Fairport Convention – to pass on a special poem and acknowledge the work going into the anniversary event.

Hutchings has put together a one-off band, Dylancentric, to pay tribute to Dylan’s songs and assembled a high-class bill for the special event. It includes folk-rock legend Richard Thompson; rockers Wishbone Ash, celebrating their own 50th anniversary, and the return of Julie Felix plus her fellow 1969 festival performers Jacqui McShee’s Pentangle and members of The Pretty Things.

Hutchings, described by Bob Dylan as “the single most important figure in English folk rock”, was contacted by his mentor as he called together the Dylancentric band for rehearsals.

“I got some very touching and personal messages from Bob, much of which must remain personal, but I can say he has passed to me a special poem, fittingly something he wrote about 50 years ago, for me to pass on to fans when we play at Million Dollar Bash.

“This is going to be a great celebration. The Bash is taking place on Saturday 31st August, and that is exactly 50 years to the day that he took to the stage and headlined the 1969 Isle of Wight Festival. I will read out Bob’s poem, a composition that is previously unpublished and unheard. I am looking forward to it.”

Hutchings said that Dylan’s messages also indicated he acknowledged the hard work going into the Bash’s salute to his 1969 appearance and that he fondly recalled his own time on the Island 50 years ago.

Woodstock50 cancelled
All of this is in stark contrast to another 50th anniversary event – intended to mark the 1969 Woodstock Festival, in New York State. Woodstock50 was cancelled last week after encountering legal, financial and other logistical problems.

Ironically, 50 years ago, the same Woodstock promoters had sought Dylan to headline their event. Dylan ignored their overtures and chose the Isle of Wight Festival instead, scheduled just days later, to make his first concert appearance in three years.

Hutchings: Great lineup to honour Dylan and others
Hutchings said that Dylancentric’s rehearsals had gone well and he was looking forward to presenting a set that covered a broad sweep of Dylan’s career.

“I am thoroughly enjoying the rehearsals and I’m buoyed to get these messages from Bob and, of course, we have a great bill to honour the rest of the music styles and influences on offer back in the day. We also have some great new talents to showcase.”

New talent
Among those new talents are critically acclaimed singer-songwriter Blair Dunlop, 27, who is Ashley’s son, and Deana Walmsley, 23, who starred throughout ITV’s The Voice eight-week 2019 run and was mentored by Sir Tom Jones.

Tickets and more details are available from www.allwightnow.com

A new book, Bob Dylan at The Isle of Wight Festival, 1969, by Bill Bradshaw, has been published by Medina to commemorate the 50th anniversary.