Here’s what Bob Seely lists as his achievements as Isle of Wight MP and what he would do for the Island if he were to be re-elected. 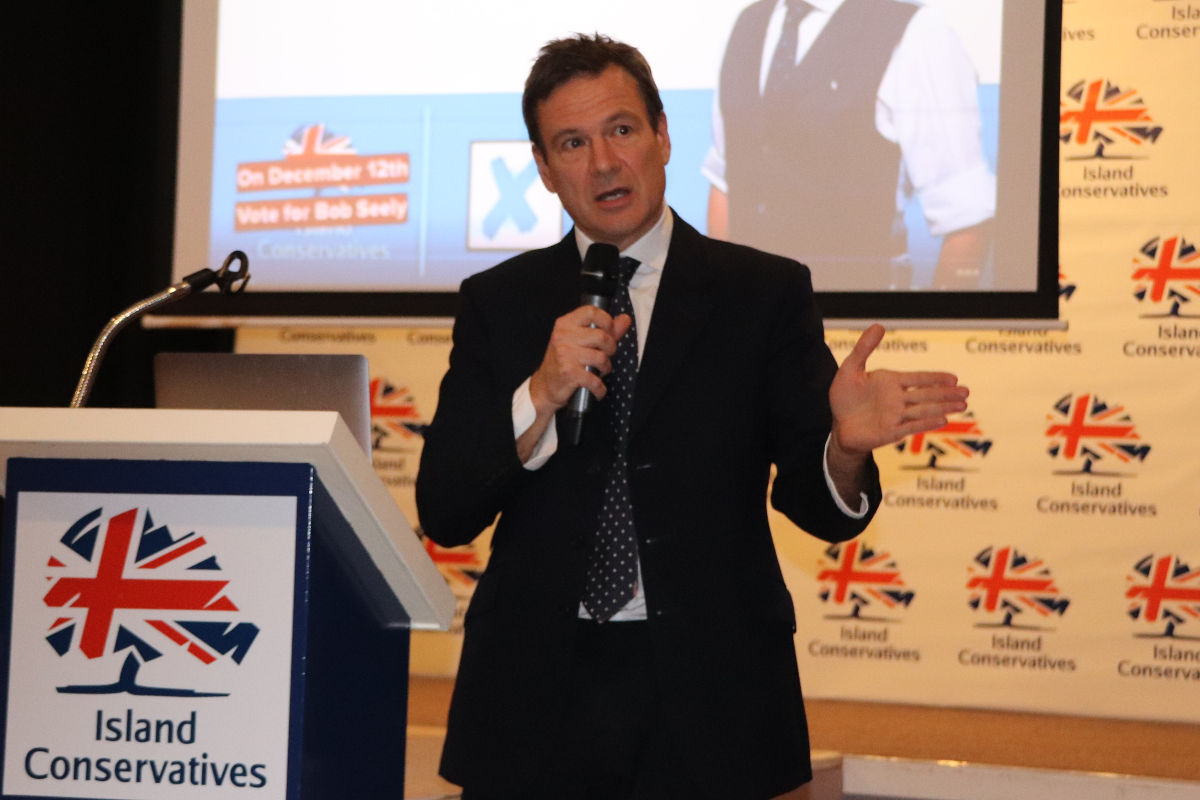 Although OnTheWight announced in September that Isle of Wight Conservative MP, Bob Seely, had been re-selected, it was just this week that he launched his re-election campaign.

Bob presented his General Election campaign to supporters in Shanklin saying “there was a clear choice on the Island between Conservatives and Labour”.

Speaking at the launch, Bob said,

“The reaction I have had on the doorsteps over recent months is clear – we need to get Brexit done and then deliver on the public’s priorities: health, education, the environment and the police.”

Seely: “Getting Brexit done”
He went on to add,

“It’s been a huge privilege to represent you all in Parliament.

“This is one of the most significant elections in our lifetime. A vote for me, Bob Seely, is a vote to get Brexit done and to deliver for our Island.

“Another hung Parliament or Jeremy Corbyn as PM means more Brexit uncertainty – in fact it may mean no Brexit, and maybe no Britain. This election is a two-horse race between Conservatives under Boris Johnson and Labour under Jeremy Corbyn.

“It’s a choice between getting Brexit done and delivering for both Britain and the Island – or a Labour Party led by a man who is not fit to lead the country.”

Top priorities
If re-elected, Bob said he would focus on:

A Country, where under the Conservatives, many families are dependent on Food Banks, what a total disgrace.

Vote for Seely for more of the same.

The Conservatives are a total disgrace to humanity, period.

On December the 12th we will discover what kind of people we truly are.

Vote Up36-1Vote Down
Alternative Perspective
Top priorities  If re-elected, Bob said he would focus on: 1. Working with the Council to improve the Island Plan, prioritise housing for Islanders and protect green fields from development. 2. Putting the Island at the forefront of environmental protection. 3. Delivering a better deal for public services on the Island. 4. Ensuring that the capital investment in Island Line (including Ryde Railway Pier) and St Mary’s… Read more »
Vote Up51-18Vote Down
Alternative Perspective
ACHIEVEMENTS? Tens of millions of pounds in funding to guarantee the long-term future of Ryde Railway Pier – about £20 million. WHERE IS IT? The award of £48 million additional capital investment for St Mary’s Hospital, and the NHS on the Island. This was achieved by working with the Isle of Wight NHS Trust – and supporting their campaign in Westminster & Whitehall. WHERE IS IT? The… Read more »
Vote Up34-10Vote Down
henry

And the party political broadcasts of equal length provided free here to the other candidates, where are they?

OnTheWight is religious in ensuring all parties are treated the same way.

Every candidate has had an article published here announcing that they are standing.

This article is the one announcing Bob Seely.

Vote Up110Vote Down
wellsm
Well it is your hand left wing people, you must vote your person in. You would have been helped if the third candidate had stood down but there you go, no consensus on the left. What I do hope is that once we have had the election and you have had your chance to get your person in we won’t have to listen to your carping on… Read more »
Vote Up13-38Vote Down
susan

Conservatives are prudent with the economy, they don’t give money to the feckless, they reward those with the skills to make money.

So if you want to do well, get off your fat arse, stop watching daytime TV, and start contributing to the economy. That’s the Conservative way