The Global Britain: A Twenty-First Century Vision report, co-authored by Bob Seely, and published today, pitches that the UK’s approach to Overseas Aid should be radially overhauled. 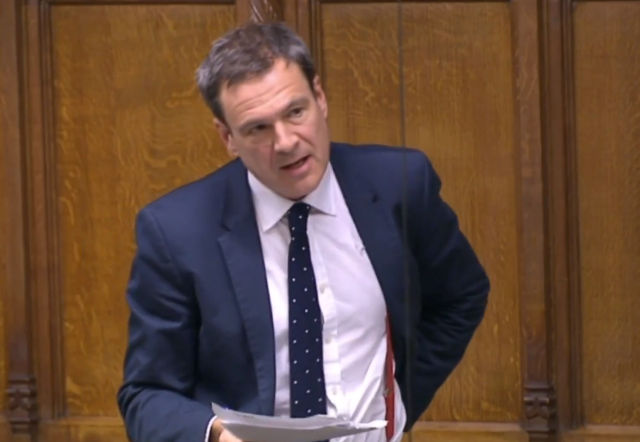 It came to light yesterday (Sunday) that Isle of Wight Conservative MP, Robert Seely, has co-authored a report that seeks to change the UK approach to funding overseas aid.

The report – co-authored with James Rogers, a founding member of the Henry Jackson Society think-tank (background)- has three forewords, one by Boris Johnson, leading to the ex-Foreign Secretary being interviewed this morning on BBC Radio 4’s Today programme about it.

The Guardian appears to have had sight of it yesterday, with their take on it being that it includes calls for :

With the paper now public (see below), you are able to read it, to come to your own conclusions.

Mixed response from Labour
One of the report’s forewords was by Labour politician, MP Ian Austin, who recommended the report.

The Guardian piece has a response from Dan Carden, the Shadow international development secretary. He

“condemned the report, saying it proposed that the UK “turns its back on its commitment to eradicate global poverty, calls for the Department for International Development to be broken up, the aid budget to be slashed and for the UK to pull out of the OECD’s forum of major international donors that oversees global aid spending.””

Previous hints
Bob Seely has previously signalled some of the ideas covered in the report previously in a response to his constituents who wrote to him about the importance of International Aid.

They’ve previously worked with MP Seely, when he published a paper, ‘A Definition of Contemporary Russian Conflict: How Does the Kremlin Wage War?’, through them in June 2018.

In November last year (2018), Seely also organised for a HJS event to be hosted in a Committee Room at the House of Commons, The Future of ‘Global Britain’ as a ‘Seapower State’, where one of the speakers was James Rogers (The recent report’s co-author), who was billed as Director of the ‘Global Britain’ Programme at the Henry Jackson Society.

The report
Click on the full-screen icon to see larger version.

Hmm. Haven’t had time to read the report yet. But anything endorsed by Boris Johnson is likely to be dangerous stuff, pretending to help people while actually serving the interests of the rich and powerful.

Vote Up2-1Vote Down
hialtitude
Wonderful, sounds like we will be able to invade or bomb foreign countries and use the funds that were previously set aside for helping developing countries. Just goes to show what a great and flexible term ‘peacekeeping’ term can be when used in an Orwellian context. I have recently noticed commentators on this site saying they haven’t had a timely response from Bob’s office, perhaps it is… Read more »
Vote Up31-19Vote Down
Alternative Perspective

Bob knows precisely what he is doing, he is seeking to deliberately create a much welcomed deviation at a critical time within Government, which his Parties Leadership I am sure will reward in due course, if it remains in power.

The NASTY party just get more and more nasty. I wouldn’t be surprised is Seely supports his Dorset colleague Christopher Chope in his rejection of the FGM amendment. Anyone voting for this person or this party needs their head examining.

Listening to Bob Seely on the Radio 4 Today programme this morning, with only 15% of the UK Foreign Aid Budget going to life saving and 15% to Development, Bob’s paper seeks to rethink U.K. Foreign Aid Policy and makes the case to move money from the U.K. Foreign Aid budget to the Ministry of Defence and Foreign Office.

Perhaps Mr Seely should reconsider his position as the island MP as he clearly spends more time on writing papers to be published than he spends writing to his constituents.

I see that the report’s HJS authors and secret donors are discredited in the latest Private Eye (1490, p.9)