Call for ‘Island Park’ status for the Isle of Wight

Cllr Andre believes the Isle of Wight has a strong case to become designated as an ‘Island Park’. She’ll explain why at Wednesday’s full council meeting. 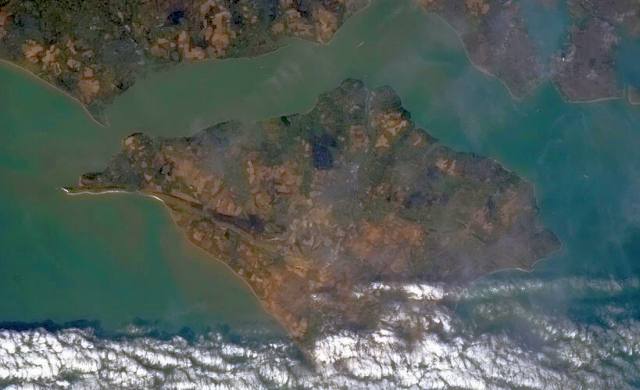 Proposals to designate the entire Island a national park will go before the Isle of Wight Council tomorrow (Wednesday).

Currently, the Isle of Wight does not qualify for National Park status, and an idea was previously proposed the Island join forces with the New Forest.

However, Independent councillor, Cllr Debbie Andre, is seeking a new designation for the Island, that would see it classed as an ‘Island Park’.

Cllr Andre is asking the council to make representations to the Glover Review supporting its creation.

The motion said this would be ‘properly funded by government and come with appropriate powers’.

National Park status for the Island is something the Isle of Wight MP supported in his manifesto.

Looking to extend scope of national parks
Nearly 70 years after National Parks and Areas of Outstanding Natural Beauty (AONBs) were first established, the Glover Review is looking to see if there is scope to expand the current network of 34 AONBs and ten national parks.

The review, led by writer Julian Glover, will also explore how access to these landscapes can be improved, how those who live and work in them can be better supported, and their role in growing the rural economy.

Planning decisions
Currently, the Isle of Wight does not qualify for national park status, and an idea was previously proposed the Island join forces with the New Forest.

Of this plan, Cllr Andre said:

“We have the most wonderful towns on the Island, and each one has its own unique character. It’s so much more than just those areas of outstanding natural beauty.”

Andre: “A strong case”
Cllr Andre said there was a very strong case for an Island park.

Of the benefits, Cllr Andre said:

“We could gain powers we don’t currently have, in terms of planning powers, AONB, working together with planning, with the environment, with housing — it goes across the whole range of services that affect people in their daily lives. We could shape a specific designation for the Island.”

New designations
There are concerns the plans would subject the Island to more stringent planning rules and a national park authority.

“This review is looking at new designations. I think there is this idea the AONB restrict planning — it’s not the case.”

The plans will be discussed by full council tomorrow evening at County Hall.

I think the idea of taking away planning from the cretins at IWC is a great idea.

The “cretins” at IWC Planning are public servants applying the planning law to planning applications. There is no need nor place for abusive language such as this.
Why is it that people cannot put across their views in a calm way without causing offence.

He’s a Dalek, what can you expect? At least he didn’t threaten to exterminate anyone.

When I first started contributing to these news items, I understood that derogatory remarks led t comments being blocked. Whatever happened to this? Also, why is there so much political bias and so little constructive criticism?

Once again, no comments just idiots ticking the “down” box. Undemocratic morons who cannot use a keyboard.

Would we be safe from Fracking?

Having lived in a National Park area for a short time there are many pro’s and con’s. I would be very careful what you wish for. The agenda and conditions may not suit everyone.

Vote Up5-2Vote Down
mikev
It is a shame to read others being obnoxious to each other when discussion is meant to be option for discussing the islands potential. I certainly believe National Park status is probably the best solution as the IWC closed shops and promotion of paperwork that has put in place by themselves has failed to work for a number of years now. Certainly the island is a fabulous… Read more »
Vote Up30Vote Down
ashtree

In my opinion the cretins comment above is out of order.
Under the Glover review there could be the opportunity to convert AONBs into National Parks. More likely for the Island there would be the possibility to review the current AONB boundary.
I don’t think a separate Island Park status would be considered.

Another load of restrictions and yet another layer of bureacracy to argue with? Oh good!!! I don’t think so…

I think Highwayman is right… get AONB status and the planning peeps will have loads more opportunities to throw things out they don’t like. That= more appeals. I say stay as we are…It’s a beautiful island as it is.It doesn’t need ‘tarting up’

But it might help in protecting the Island from fracking applications.