George Brown’s speech about the future of Island library services

Below is the text Cllr George Brown read from last night’s Cabinet meeting, when presenting the latest proposal about what will happen to the Isle of Wight’s library service – Ed. 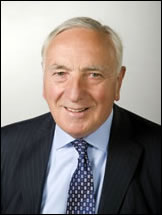 Since Full Council approved the budget for libraries on 23rd February I have had meetings with a number of Ward Councillors for Cowes, Freshwater, Sandown and Ventnor to gauge local priorities in those towns. There have also been meetings between officers and representatives of potential community groups in other areas where there are existing libraries. As a result I would like to present this Cabinet paper with some updates resulting from work since Full Council.

May I first outline the key points in the paper before you? It is intended to:-

I know that Cabinet members have absorbed the paper, so I will move, if I may, to those points that have developed since it was published.

Extra £50,000
At the Full Council Budget meeting an extra £50,000 was provided for libraries in 2011/12 and I would like to explain how we have set about using it to meet local priorities.

For clarity, I would like to make a distinction between larger libraries, which will continue to be operated by IWC without an end date, and smaller libraries where we aim to be able to pass full control to a community group. I refer to these latter as “community libraries” and I would like to explain the ongoing IWC support that we propose to offer to them.

Incidentally, the £50,000 extra funding allocated to libraries by Full Council comes from the New Homes Bonus reward grant, which is expected to run annually for six years; although nothing is certain in grants to local authorities.

Cowes, Freshwater, Sandown and Ventnor
Firstly addressing libraries in Cowes, Freshwater, Sandown and Ventnor, which will all continue to be operated by IWC. In these libraries the principal concern of Ward Councillors has been to find means of securing longer and more flexible opening hours. After careful thought we have used the number of visitors per year to each library as the basis for allocating extra IWC funding.

This may be used by communities to acquire extra hours, or books, or other library-related materials from their budget allocation. If these sums were allocated to the purchase of extra hours alone, it would amount to a further 6.5 hours in Sandown, 4.5 hours in Freshwater, 3.5 hours in Cowes and 3 hours in Ventnor. Communities in these towns could choose to spread these extra hours to achieve more days of opening by, for example, closing at lunch time.

ICT for Bembridge, Brighstone, East Cowes, Niton and Shanklin
That remark bridges into the five, or more, community libraries, which I defined earlier on. Our aim here is to provide up to £10k across the libraries in Bembridge, Brighstone, East Cowes, Niton and Shanklin for ICT licences and internet connectivity. We also intend to allocate £4,000 each to community libraries in Bembridge, East Cowes and Shanklin in 2011/12 and £2,000 each to Brighstone and Niton. IWC will manage the transfer of funding gradually, to allow community bodies to establish and mature. IWC officers will therefore work with communities to ensure that the money is spent within agreed parameters, designed to secure a sustainable community library.

Cabinet members; I have gone into these additional supporting mechanisms in some detail to indicate how we are moving towards community engagement in all Island libraries.

Statutory obligations
Before I move the recommendations, I would like to respond to questions that we have been asked several times by members of the public about meeting our statutory obligations. We understand that the Minister for Culture, Ed Vaizey MP, asked civil servants to keep a watch on the Isle of Wight after we moved into public consultation in January.

DCMS invite
Since we have developed our proposals the Department for Culture, Media and Sport has told us that the Council may be invited to take part in a national study of innovative approaches to library provision; the specific area of interest being the devolution of authority to community bodies outlined in Option C.

A new Option that proposes policy relating to the additional budget allocation of £50,000 has been circulated this evening. May I read it, please, together with all the recommended options in Paper B.

READ RECOMMENDATION ON PAGE B-16

An additional £50,000 revenue funding would be provided to enable communities to purchase extra hours, books or additional library materials in IWC-operated libraries. This would provide for response to community priorities and support local control over library purchasing. This funding would support community engagement in all libraries on the Island. The sum of £50,000 would also pay for basic ICT and data communications in community libraries.

newest oldest most voted
montana sliver
To think Cllr Gary (Judas) Taylor told me less than a year ago that by standing as a Tory he would be in a influential position to get things done for me at County Hall. How naive I was to trust him as despite his well rehearsed spiel he went on to block vote through every single scathing cut that the Tories proposed. The libraries, the toilets,… Read more »
Vote Up00Vote Down
Martin William Wareham.

VB please find a different photo of George Brown the one you have used makes him look dippy and a dead ringer for David Whittaker. I’m sure George wouldn’t want that.

Perhaps they are one and the same? It might explain why they want to close so many loos, to remove temptation?

George wants to close toilets so there is more room to build housing estates for whos benefit?

MRJ I wasn’t insinuating George was Homosexual(Ref the Loos)although the surname is in this instance rather unfortunate. I just thought there was a physical resemblance and a better photo might be available.

Maybe David Icke was right, the Island is controlled by shape-shifting lizards?

Why can’t we see what he has in his hands? Under the circumstances, you might change it for a photograph that shows more of him.

Has George heard back from his London Lodge yet? Word has it, Roger Mazillius resigned as a Master Mason? Can it be true?

I have been told Pugh is just a mouthpiece and Brown is pulling the strings, is this correct?

Also how old is Brown?

Vote Up00Vote Down
Steven Goodman
Having recently attended a few council meetings, and seen for myself how this council operates, I too have been left with the impression that Mr. Brown is our current dictator. (You should not need a course in non-verbal communication before checking for yourself if you are so inclined). Whatever the age of the elderly gentleman George, his experience, intellect, and manners appear to be superior to the… Read more »
Vote Up00Vote Down
DaveQ

Having had dealings with George Brown, I certainly agree with the comment that he has an intellect and manners far superior to those of his dim witted leader.

83??
Come off it Dave tell me you are joking mate, that’s plain ridiculous!

However, that would certainly explain their intentions being totally out of touch with reality.

Vote Up00Vote Down
Pushing up the daises

Why oh why would an 83 year old want to wreck this Island, he must be a very bitter old man.

nope..its about ideology….The Tory belief in the strong prosper, whilst the weak stay weak and thats the way it has to stays…its all about self determination and self support. Those that do well get the best whilst the others have ‘makedo’

Vote Up00Vote Down
montana sliver
But it ain’t about ideology is it, this is grass roots politics, George Brown and all the other councillors have been elected to serve the islands people and to act in the best interest of them and the islands long term interests. Closing down our libraries to save Â£236,000 when they are intending to spend 16 times that amount on refurbishing County Hall is to the detriment… Read more »
Vote Up00Vote Down
No.5

This is all about ideology..which is why all alternatives are ignored.

Why would Mr. Brown want to take all this flack when somebody else can be sacrificed

You sound like someone who is resigned to accepting that situation no 5, and its apathy like that which allows them to continue getting away with it.