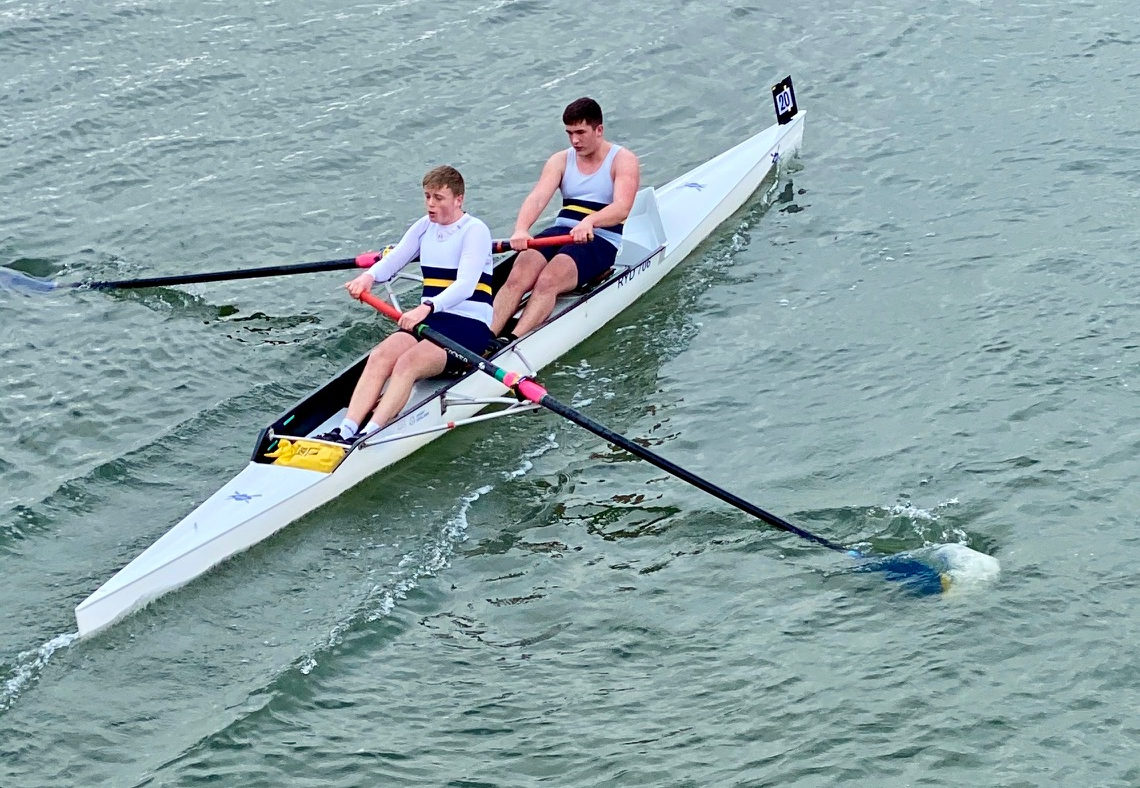 Following several cancellations due to the weather Wightlink sponsored Ryde Rowing Club finally competed in the first event of the Season on Saturday (14th March) – the BTC Rowing Club Head of the River Race held over a four mile course, in two divisions, on the River Itchen, Southampton.

The Club’s best performance of the day came in the first Division where the Coastal Junior Pair of Austin Smith and Ben Sanderson (pictured above) won their section.

An impressive performance
Also racing in the first division were a boy’s J14 crew of Dan Sanderson, Freddie Giezma-Pipe, Frankie Leftley, David Baer and cox James Hankey which was his competitive debut for the Club.

Racing in the J16 Section, two years above their age group, they produced an impressive performance to finish in third place.

Debut race
The final Club Crew in the First division was a young Novice Ladies Four of Niamh Edwards, Dominika Baerova, Freya Drage, Stella Baisley and Cox Caymen Adams, with Dominka and Stella making their competitive debuts for the Club, who also raced well to finish in fourth place.

Second place
Club had one crew in the second Division – a Men’s Novice Four of  Paddy Kearney, Charlie Walford, Sebastian McKeown and Harry Jones with Caymen Adams coxing once again, who rowed exceptionally well to finish second in their section.