A memorial to the thousands of animals who lost their lives during the war has been unveiled in Sandown, thanks to the efforts of the Community Kids 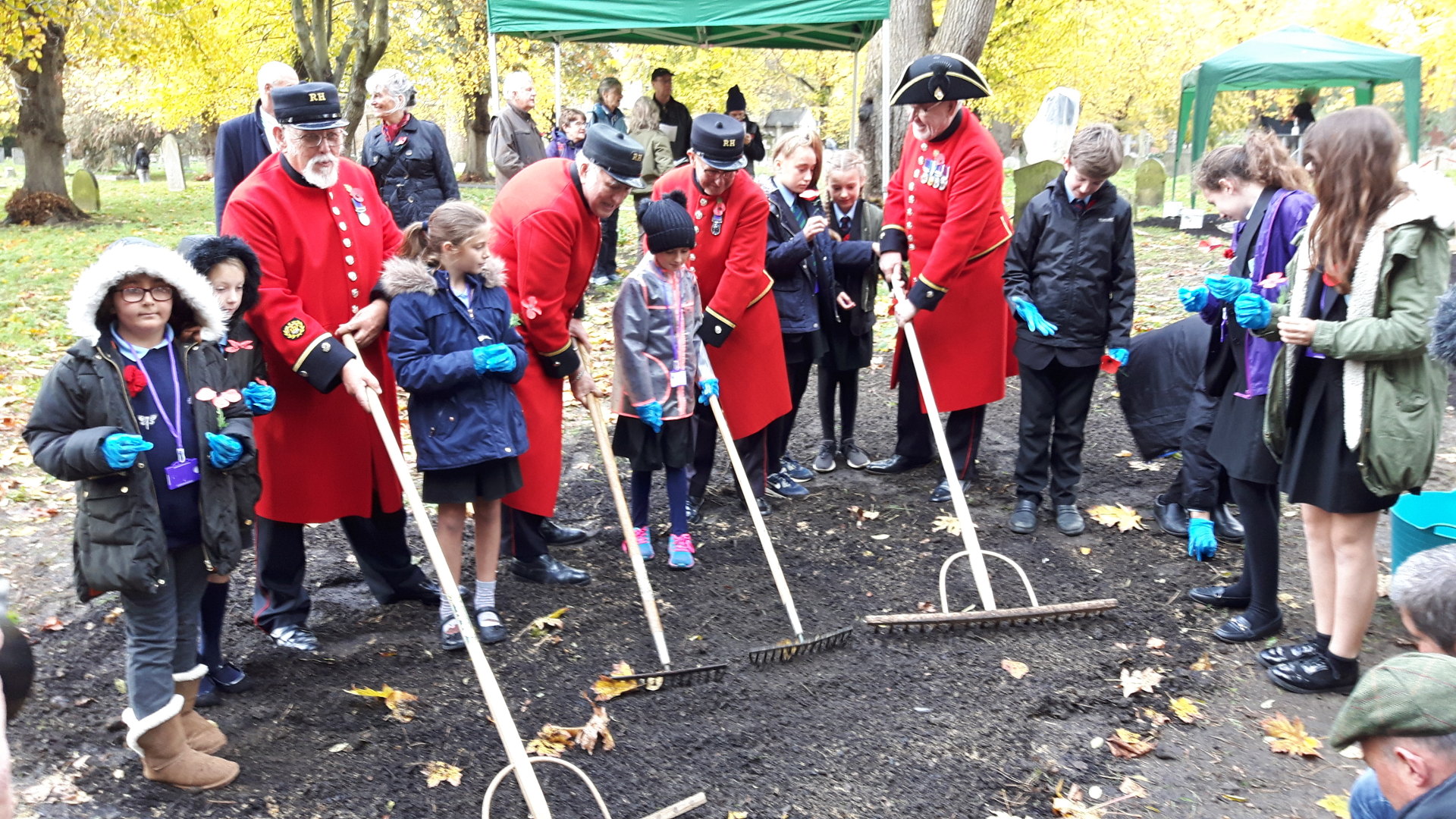 Three cheers for Community Kids from The Bay CE School, Sandown who have brought their three-year project on the First World War to an end with a fitting tribute to the animals killed during conflict.

Honouring animals killed in war
The Community Kids have been involved with a number of great projects (see below for more detail), but the latest in Sandown pays will leave a lasting legacy for all to see.

Bill Wykes, who is involved in the Community Kids project told OnTheWight,

“To bring our project to a conclusion, one of the children pointed out that we’d not honoured the thousands of animals that were killed during the war. They decided it would be good to have a memorial carved out of wood to commemorate the sacrifice of so many animals.

“Sandown Town Council gave permission for the memorial to be erected at the new Sandown council offices at the Broadway Centre.”

Stunning memorial
The wood sculpture, carved by Paul Sivell, was unveiled last weekend by Nicholas England, Deputy Lieutenant for the Isle of Wight.

Our thanks to Sandown Hub for use of video and images of the ceremony.

Over the last six years they’ve carried out garden maintenance and planting of three sites in and around the school, namely the gardens at The Briars care home, Sandown Railway Station and the flower beds at their school.

The Community Kids have been very successful with the gardens winning a number of competitions, both here and on the mainland.

As previously featured in OnTheWight, in 2016 Community Kids decided that they would like to do something to commemorate the end of the First World War.

They enlisted the help of Mike Fitt from the Royal Parks and Gardens, who introduced them to the head gardener at Osborne House.

They where invited to plant seeds of poppies and daisies (battle field flowers) and to help to build a realistic battle filed in the walled garden at Osborne.

As part of the project they were then invited to London to lay a cross on the War Memorial Arboretum.

This is where they met the Chelsea Pensioners, leading to an invite to visit them at their home at the Chelsea Barracks, all the time they were researching about the First World War.