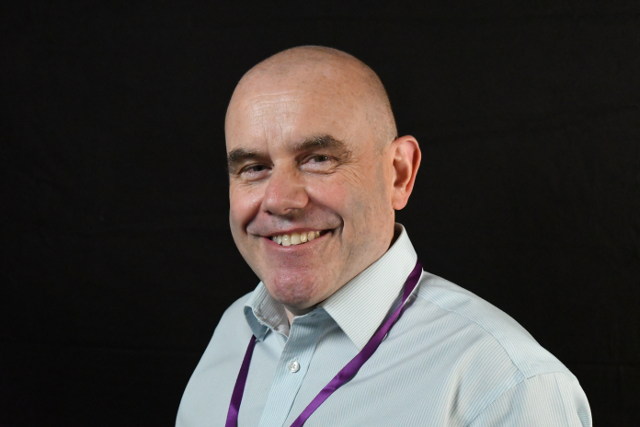 The Brexit Party have confirmed to OnTheWight that their candidate, Peter Wiltshire, will no longer be standing in the General Election.

The Brexit Party leader, Nigel Farage, announced this afternoon that he would not be standing candidates in the 317 seats that were won by the Conservative Party in 2017.

Mr Farage told an audience of supporters in Hartlepool that his decision was made in order to prevent another referendum.

“With a heavy heart”
A spokesperson for the Brexit Party told OnTheWight,

“Much to our chagrin and with a heavy heart we’re standing down candidates in all areas that were won by Conservatives in 2017.

“We’ve always said we may ask the candidates to stand down, but recognise time, effort and money they have already put into this.”

“I’m very disappointed, was hoping there might be an exception for the Island, but sadly that’s not the case.

“Looking at the larger Brexit cause, I don’t think Bob Seely is doing a good job and wanted to challenge him on that. I think he’s been let off the hook.

“My commitment to the Island will continue.”

IW Brexit vote
The Isle of Wight had a 72.3 per cent turnout at the EU Referendum in 2016.

Of those who voted, 62 per cent were favour of leaving the EU, 38 per cent against.

Confirmed candidates
This leaves the following candidates who have confirmed they are standing:

The final list of candidates standing will be confirmed on Thursday 14th November.

To register to vote, go to the Isle of Wight council’s Website.

It is up to other parties what they choose to do. However, it is important that each candidate and party stand on their own merits. I don’t think that the public will look favourably upon any suggestion that their votes can be traded between parties in such a manner, like in an 18th century rotten borough.

Of course, the problem in this instance is that Sideshow Bob is not pro-Brexit. We will now be faced with an illusionary Brexiteer in Seely versus mainly a 2nd Referendum candidate and a Remain candidate (no disrespect intended towards Messers Feeney and Love – but they are very unlikely to make much ground this time around). Slim pickings for any genuine Leave supporter.

I’ve thought for some time that Farage is just an establishment puppet and this, to me, confirms it.

Conservative Election gameplan, – You can have whatever you like just so long as you re-elect us, then once elected we’ll shaft you.

So now we have it. The Johnson, Farage, Trump Alliance. God save our NHS

I see that this political chancer is now the Brexit party candidate in Wakefield. Yes, WAKEFIELD. 265 miles north of the island. Just obeying orders, guv!

Vote Up5-1Vote Down
Mark L Francis
So this is how the Brexit party runs is it? Nigel just tells everyone what to do and they do it. Not so much a party as Nigel’s Gang. Apparently Nigel thinks Boris Johnson’s “deal”(May’s “deal” with an Irish border in Ireland and another in Ulster & another in the sea)is signing up for voluntary colonialism, wherein we are bound by the EU but have no say… Read more »
Vote Up12-11Vote Down
ian123

It is not constituted as a political party, but as a limited company. Farage has extensive powers as its owner.

Vote Up8-2Vote Down
alisonjane
Never has there been such ‘game playing’ in a forthcoming General Election. Having just had Rememberance Day for those who died giving us all free choice, this leaves the Isle Of Wight with little choice at all. We shall probably see a very low turnout from voters as most are totally disillusioned by all the ‘game playing.’ This election will be all about Brexit, not the loss… Read more »
Vote Up4-3Vote Down
Geoff Brodie

I think you mean the TWO other parties, Conservative and Green. Labour has made no unprincipled deal with anyone else. None of these independents will save their deposit.

What the heck are you doing man??? The Tories can’t be trusted with Brexit . You need to continue your mission to give the islanders a clear un ambiguous no-deal choice.

You need to run as a ‘Idependant Brexit’ candidate or as they real Brexit party”.

You have time effort and money sunk into this dude. You are pot committed. Stay the distance and run!!!

He is ‘staying the distance’. He has abandoned the Isle of Wight and is running in Wakefield instead. Quick turnaround too, faster than a Farage U-turn.

Very astute move by Mr Farage.. Don’t dilute the Tory votes in safe seats, but go head-on with other constituancies that voted leave but have been ignored by their MP. It will make for a interesting election. I suspect there will be others like me who will now vote tory for the first time ever.

I think this maybe the first time in my life I wont vote, I cannot vote for the Tories they had my vote the last time ‘to get on with brexit’. The mental institution known as Corbyn, McDonnell, Abbott and Thornberry is well just that, the Greens well least said about them the better so that leaves Carl and Karl here on the Island

I know how you feel.. If Brexit wasn’t so important to me I would never ever even consider this an option, and even now I am struggling with my decision. It is a one off and I hope that Labour get a big enough kicking to shock them back to reality.