Geoff Lumley spots a massive hike in the budget deficit

Anyone who follows the goings-on at County Hall will know that they can always rely on Labour councillor, Geoff Lumley to keep the current administration in check. 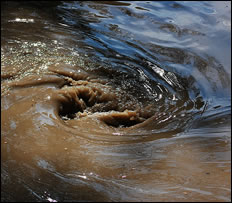 With the proposed budget options for 2010 being discussed at the Overview & Scrutiny Committee next Monday evening, Cllr Lumley asks “How on earth has the current IW Council budget blackhole nearly doubled in just 2 months? From £3.5 million, to £6.5 million. And why are the leadership no longer taking successful ‘management action …..to reduce spend in identified pressure areas’ ?”+

For the last three years, Cllr Lumley has gone to the trouble of presenting opposition budgets, an admirable given the number of labour councillors has remained so low.

It was during his prep for this year’s alternative budget that he discovered the massive increase in the budget gap.

“Council finances are out of control”
Cllr Lumley said, “At the December Cabinet, meeting we were told that although there were in year financial pressures they would, as you would expect, manage them through to a balance. The presentation on Monday tells us that they expect this years overspend to amount to £6.5m next year, suggesting to me that Council finances are out of control.

“£3.5 million of this overspend is related to Adult Social Care and Learning Disabilities Services, which were projected to overspend by just £1.2 million in December. This is a three-fold increase in less than a quarter. And in a Kafka-esque move later on in the Scrutiny presentation the Council leadership propose to cut back Adult Care Services next year by – yes, you guessed it, £3.5 million. It beggars belief.”

Well done Geoff….Appreciate yours & VB efforts in bringing this to more attention. People are running amok in County Hall and it’s about time the internet caught up with the perpetrators.

Year after year withering away our long term security whilst being involved in mass waste of money schemes.

Talking of which, you try running along Ventnor seafront or driving come to that. How much is that waste costing? Did someone say Â£100,000. Plus what it’s costing the traders. I asked one and was told ‘I stopped counting at Â£10,000’.

I agree – they are running amok in County Hall. The politicians and Directors should be held accountable for this overspend.

What we must remember though, is that the grafting workers on the ground or the ‘shop floor’ as I believe they are referred to internally, continue to do a cracking job and no blame should be put their way.

Absolutely Dan, in no way inferring otherwise. I know many decent, frustrated employee’s bound by their positions from being able to freely speak.

Vote Up00Vote Down
Don Smith
Anyone can speak freely on VB – That’s what makes it the best tool we have here on the Isle of Wight for democracy – I prefer to use my own name, but the majority opt for nom de plumes; that is their choice; it’s a free country. Have your say, and as one (? Infamous/famous) chap once said, “Publish and be dammed.” I do so hope… Read more »
Vote Up00Vote Down
Sally Perry

We love the fact that so many people get involved in discussions on VB, but obviously “speaking freely” does need to be done within the realms of decency (and of course the law) :-)

Luckily, we rarely have problems with comments with either of the above.

I’d second that Dan. There are a lot of people who do sterling work for the council and perhaps not recognised for their importance to the smooth running of the Island.

Vote Up00Vote Down
mark francis
As far as I was aware the first thing the Tory administration – or at least Andy Sutton – did on assuming power was to slag off their own workforce. However I have generally found them amazing. I once phoned County Hall to complain that the standpipe serving the beach huts at St. Helen’s Duver had not been turned back on after being turned off for the… Read more »
Vote Up00Vote Down
Shobba
As I keep predicting, the real effect of the recession has barely been felt. Higher taxes and severe cuts are on the way, delayed only for the May election. Regardless of who wins, this country is already on an unstoppable high borrowing, higher taxes path. Expect massive job cuts here and nationally. The public sector will be hit hard, but services will be cut too. Never again… Read more »
Vote Up00Vote Down
Daniel

I am thoroughly disappointed and angry with the torie’s administration. However I don’t think any labour politician is in a position to lecture anyone on managing finances as they’ve given britain the biggest deficit in the developed world