Cllr Andre says the levels of objection to the proposed targets from members of the public and bodies such as the CPRE are what council leader, Cllr Stewart, should be paying regard to. 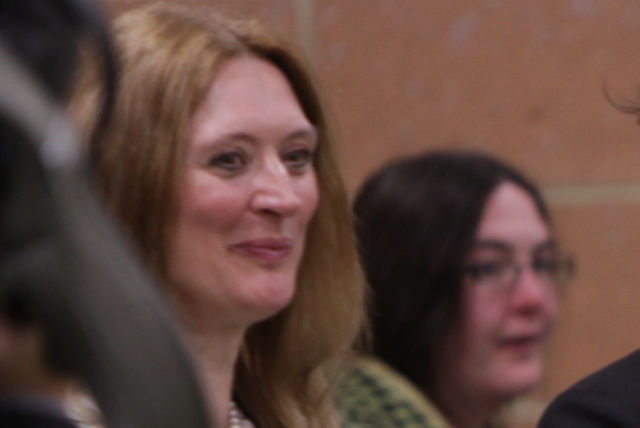 “I was amazed to read the comments made by the Leader of the Council, Dave Stewart, in response to our MP’s suggestion that he should join the MP to request that the Isle of Wight be made an ‘Exceptional Case’ and have the target for house building in the draft Island Plan reduced as a result.

“Cllr Stewart has apparently shown no enthusiasm for such a move saying only that he will join the MP’s request ‘in principle’ provided that the MP can prove to him the target is too high.

“These comments show beyond doubt that Cllr Stewart and the current Administration, in proposing to build 10,000 houses, are being driven by Central Government policy and targets and not the needs and wishes of the residents of the Isle of Wight.”

Proposed levels of house-building far too high
Highlighting the level of local opposition to the plans, Cllr Andre added,

“It is plain to anyone who takes an interest in such matters that the proposed levels of house building in the draft Island Plan are far too high and are supported by neither need nor practicality.

“The levels of objection to the proposed targets from members of the public and bodies such as the CPRE are what Cllr Stewart should be paying regard to.”

Andre: I would be welcoming our MP’s comments
Cllr Andre went on to say,

“It is no wonder that in Westminster we are seeing MPs leaving their national party organisations. The main parties are increasingly being driven by their own political credos rather than a regard for the thoughts and wishes of the people they are elected to represent. Cllr Stewart and his Administration should pause and consider who they are supposed to represent and serve.

“If I were Leader of the Council I would be welcoming our MP’s comments and setting off to Westminster without delay to put the case for the people of the Island rather than holding back, showing a lack of genuine support for our island MP, and following the direction of my mainland masters.”

Have your say on the draft Island Planning Strategy Development Plan Document by midday on Monday 25th February.

newest oldest most voted
stella
Of course we don’t need to build 10,000 homes – the figure is based on a projection of a projection in 2012 (that’s as far back as I’ve got). Both are potentially flawed and wide of the mark. The population is falling in parts of the Island and the housing market is ‘saturated’ according to the IOWCC in its own report. The report by GL Hearn published… Read more »
Vote Up130Vote Down
Tamara
Well said, Debbie! I believe that Cornwall has long been suffering from the same kind of problems that the Island now faces – from its over-popularity with retirees and second home owners. I recall reading something about restricted home ownership in St Ives, for example, because local people were being priced out of the housing market. And in the Channel Islands, home ownership has long been restricted… Read more »
Vote Up15-3Vote Down