After the debate of which parking changes will change on the Island, the council has now come to a decision. Detail include increases in Short-stay and On-street charges and new Resident permit. 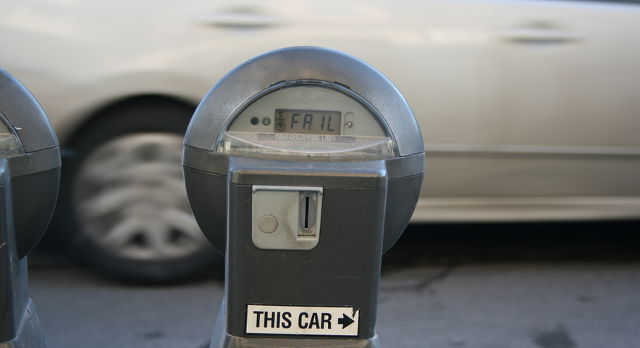 The Isle of Wight Council has announced details of changes to its pay and display parking charges which are due to be introduced this summer.

Although many fees will remain at the same level, for the first time since 2008 some charges will go up.

The new charges are being introduced as part of the annual budget which councillors voted through at Full Council in February. The charges are likely to be implemented in late May/early June once the council has all of the necessary traffic regulation orders in place.

One hour minimum in long-stay
The maximum stay in a short stay car park will also become three hours, while the charge for a stay of up to 30 minutes in a long stay car park has been removed, meaning the minimum charge will be for one hour.

It is hoped that these changes will increase the rate of turnover in car parks giving people greater accessibility to nearby local businesses.

On-street rises
Many charges for on-street parking will also rise by between 10p and 20p, with some remaining the same.

Other changes will see charging hours extended to 8pm every day in all areas instead of the current 6pm limit.

“This is the first time some of our charges have risen for six years and is among many difficult decisions the council has had to make in relation to its budget for the next three years. Across the council we are faced with finding savings of £28 million and will not be able to meet our commitments to transportation activities, such as subsidising concessionary bus fares, without this increase in charges.

“We have endeavoured to ensure the new fees are as fair as we can make them in light of this financial position – and it is important to reiterate that for many fees there will not be any increase. It is also interesting to note, for comparison, that Portsmouth charges up to £1.60 for an hour’s stay, compared to £1.30 for an hour in one of our short stay car parks, and it is £10 for an all day stay in Portsmouth compared to £6.60 in one of our long stay car parks.”

The council will now advertise new traffic orders for parking tariffs which are required before any changes can be brought in.

Image: compujeramey under CC BY 2.0

newest oldest most voted
davidwalter
I urge the Council to reconsider this unfair tax on the sick. Moa Place (Freshwater) car park, which serves the entire West Wight Medical Practice, no longer has a free 30mins. Dropping-off or picking-up a patient who needs assistance, or just picking up a prescription, will now cost 90 pence for just 30 minutes. This is a cavalier and thoughtless new charge – actually it’s a new… Read more »
Vote Up00Vote Down
Old Knobby
Blimey, are people really willing to spend 90p to park for just 30 mins? As you say, bad for the people of Freshwater. I expect that pensioners will have to use their bus passes instead to visit the doctor’s or collect their prescriptions, so a loss rather than a gain for the council. As they’re not mentioned, can we assume that other previously free car parks, like… Read more »
Vote Up00Vote Down
Colin

I understood that the land at Appley including the car park was subject to conditions.

One of which was that it was free to use for all.

Since when did this condition change?

How do I get rid of these blasted adverts getting in the way of reading this????

Complain to Sal/Simon- I have already because the baseline ads and the “ears” ads obscure the text and distract attention. Further any inadvertent mouse movement pushes you into the link.

I am all in favour of OTW getting advertising revenue to support this great blog but not at the cost of annoying readers who might decamp to another less well run local blog.

Vote Up00Vote Down
Simon Perry
Not wishing to divert the main discussion on this article (and to that end, can I suggest you email us with further questions?): As acknowledged, we need to earn income to support the production of this publication. We are duty bound to try new methods to achieve this. This is a new form of Web advertising – so, you’re pioneers! We know change can sometimes be unwelcome,… Read more »
Vote Up00Vote Down
Cynic

Simon- Thanks for listening. I can’t find a minimising arrow on the Captain America ad.

Found it- just click anywhere in the whitespace to the right of the ad.

Good to see residents parking permit has come back in at a fairly reasonable cost. Anyone know if you can pay monthly?

Vote Up00Vote Down
davidwalter
Jessica, the parking rises are not good for tourism. If we discourage a car of visitors from parking, local businesses can loose considerable spend as well as local footfall which encourages more people (people tend to congregate; empty leisure areas discourage others from visiting). On a visitor island parking charges should be strictly for controlling parking – e.g. discourage all day parking in local bays and not… Read more »
Vote Up00Vote Down
Pidge

It’s a shame to see that the half hour slot is no longer available in long term parking.

I often pop into Quay Arts for shopping and need to park nearby. The short stay car park can often be full so I have to park in the long stay. Now I’ll have to pay for an hour’s parking when I only need half.

Vote Up00Vote Down
Fred Karno
I was under the impression that Appley at Ryde and Puckpool, (Seaview & Nettlestone area) were the subject of long standing covenants dating back many,many decades, giving the public free access in perpetuity, and that by definition therefore includes free parking. Although the metal sign in Puckpool has become well overgrown, I recall that it said Puckpool was given to Ryde & St Helens Council back about… Read more »
Vote Up00Vote Down
Roger Simmonds
If the car park machines are to be recalibrated for the new charges maybe they could now all be made to accept 5p, 10p, 20p coins. Without that facility charges should be in units of 50p or £1. Typically in a long-stay, like say Hearn Street in Newport, you can’t pay £1.80 for 3 hours so you have to throw in £2 (20p more profit for no… Read more »
Vote Up00Vote Down
JohnR

And before you know it another increase will be announced to cover this.

Around £50million will have to be spent on adapting 100,000 parking machines to accommodate the forthcoming 12-sided £1 coin, it has been claimed.

“If older machines are upgraded to include all the current payment methods the costs could be much greater than £50million.”

Some people might be tempted to use their old euro coins for parking before the machines get changed! :-))