Cowes Harbour welcomes two new members to Board of Commissioners 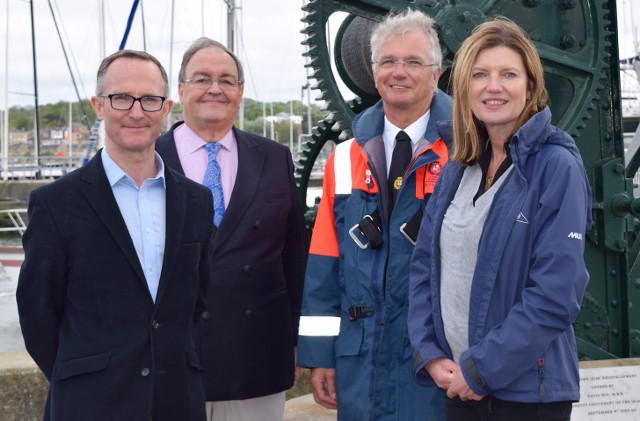 Cowes Harbour Commission (CHC) has announced the appointment of two non-executive members to the Board, Steve Sheridan and Vanessa Clifford, for a term of three years effective from 1st May 2019.

The Board members were chosen from a strong field of applicants following an advertising and competitive recruitment process, led by a selection panel comprising CHC’s Chairman David Riley, together with independent interviewer Richard Ballantyne, Chief Executive of the British Ports Association and stakeholder representative Ian Baylis, Managing Director of Seacat Services.

“We are extremely pleased with these two Commissioner appointments that will help maintain a balanced Board with high calibre skills and varied experience, to the benefit of the harbour, its users and the local community.”

Steve Sheridan
Steve Sheridan, new CHC Commissioner for Financial Management, has had a career in banking and finance and experience developing new businesses in the private sector.

He also has a keen interest in sailing having spent over 30 years sailing keelboats and dinghies in the Solent. Steve lives in Ryde, has a cruising boat moored in the River Medina and is currently serving as Commodore of the Royal Victoria Yacht Club in Fishbourne.

She brings skills in business strategy, marketing and commercial operations following over 25 years in the media and advertising industry, and has been a Cowes resident since 2007.

Second term for Chairman
Meanwhile, David Riley has been appointed as Cowes Harbour Commission Chairman for a second term, through to May 2022. Commissioners Jeff Armitage and Roy Lambden retired from the Board after three three-year terms and one three-year term respectively.

Co-opted Commissioner Steve Cooper ended his term of one year on the Board.

Further information on the Board of Cowes Harbour Commissioners can be found on the CHC Website.