After failing three inspections in a row, the Isle of Wight council took Sandown restaurateur to court. Prosecutions are needed to “protect the public” said a food hygiene official. 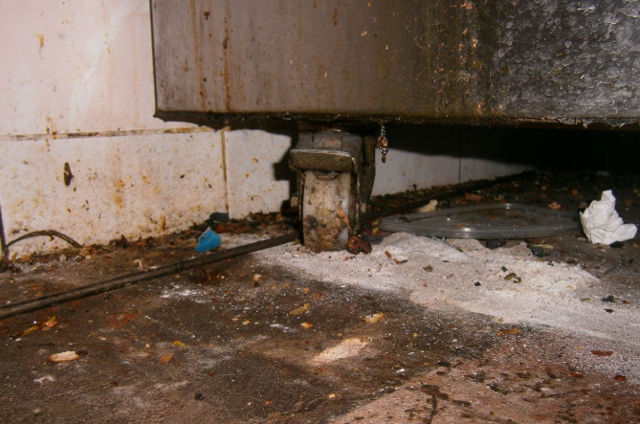 A restaurant owner who consistently failed to meet minimum food hygiene standards has been ordered to pay over £6,000 in fines and costs by Isle of Wight magistrates.

The court heard poor standards of cleanliness had persisted at Swad, in Sandown High Street, over several years despite numerous interventions by the Isle of Wight Council.

On Monday, the restaurant’s owner, Rajesh Patel, a town councillor for Sandown North Ward, was fined £4,800, reduced to £3,200 for an early guilty plea, with the council awarded £2,702 in costs.

Pleaded guilty
Mr Patel had pleaded guilty at an earlier hearing to five food hygiene offences, including failing to keep the premises clean and failing to protect food from contamination.

Magistrates heard inspections in 2016, 2017 and 2018 all resulted in the business being graded as 0 out of 5 on the national Food Hygiene Rating Scheme and described as requiring ‘urgent improvement’.

Raw chicken above ice-cream in freezer
There was inadequate segregation of raw chicken stored in carrier bags above ready-to-eat ice cream within a freezer, while foods including prawns, samosas and prepared chicken had been left uncovered in another.

The designated hand wash basin had no hot running water or hand soap, while another sink was obstructed by equipment.

The kitchen floor was unclean with cracked, uneven and missing tiles.

No dates on foods
The inspection also revealed a number of foods stored in the fridges and freezers had not been given date labels.

Mr Patel, who has run the business for 11 years, agreed to close the restaurant voluntarily and undertake a deep clean of the premises which was confirmed in a follow-up inspection.

However, when officers visited again in June 2018, further failings were identified; some of which had been identified in the March inspection.

The court heard when officers visited in September 2018, many of the failings were still apparent.

Consumers should not be put at risk
Speaking after the case, Amanda Gregory, strategic manager for regulatory and community safety services, said:

“We expect all food businesses to comply with the law and ensure consumers are not at risk.

“Advice and assistance is given but if non-compliance is repeated or when serious offences are identified, we will prosecute, not only to protect the public but to ensure a level playing field for the vast majority of Island business who do comply.”

If this had been anyone else, this business would have been shut down! Why was this allowed to continue for over 3 years putting the unsuspecting public at risk? It’s obviously not what you know, it’s who you know. Disgusting!

I hope Mr. Patel is paying his staff minimum wage (at least). He must be.