Dash-cam video of gridlocked traffic: Can you spot yourself?

This dash-cam video from Newport to East Cowes shows the gridlock of traffic heading into the centre of the Island today. 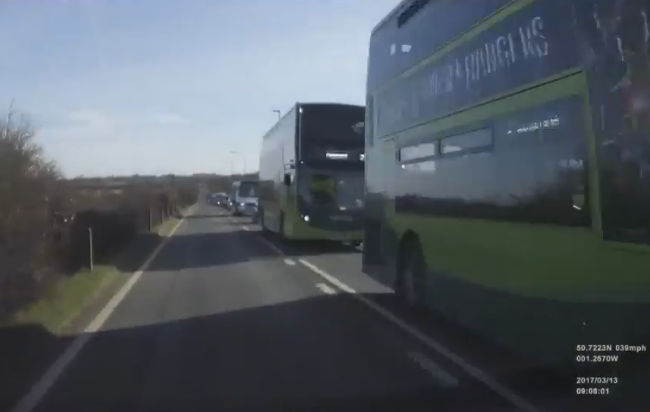 Road users from East Cowes and Cowes suffered long delays on the roads into Newport this morning (Monday) due to more utility company roadworks and the suspension of the Cowes floating bridge.

The floating bridge was due to be reinstated at the end of March, but has now been delayed until early May.

He managed to travel from Halberry Lane, Newport to up past Barton Manor, East Cowes in just under six minutes, before the flow of traffic in the other direction stopped.

Delays along Fairlee Road are as much as 20 minutes currently. Avoid if you possibly can. More updates soon.

Dan’s dashcam video
Were you in the traffic jam? Can you spot yourself in Dan’s video? He certainly passed a lot of traffic!

2 Comments on "Dash-cam video of gridlocked traffic: Can you spot yourself?"

That is ridicules. The only good thing on that video was the music. Simple answer to that traffic tail back, turn off Coppins Bridge traffic lights. Give way to your right. I bet that’ll sort that traffic out.