The club coaching team commented on the brilliant camaraderie between the team mates and the encouragement they all gave each other out on the course. 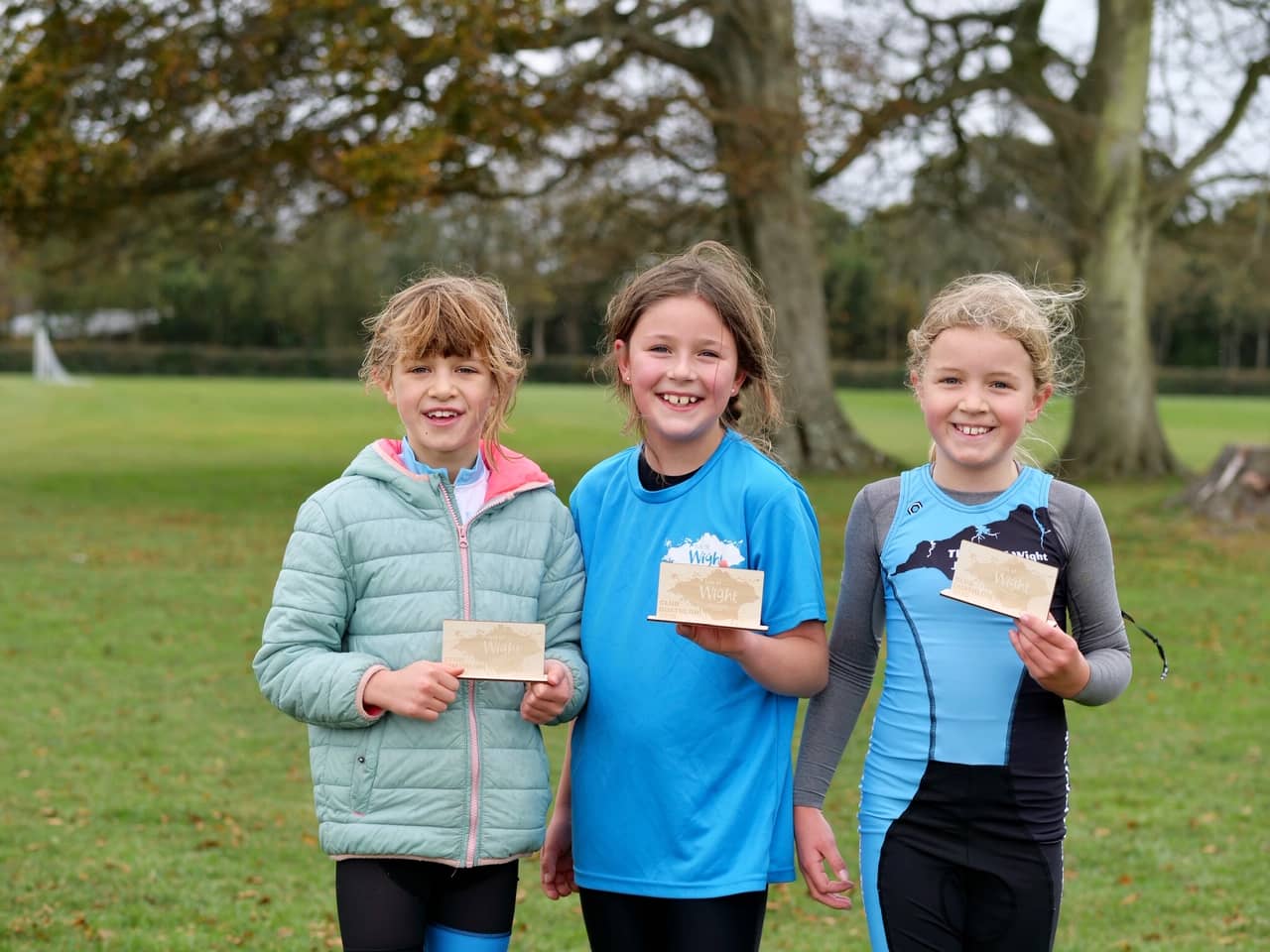 Thirty-four triathletes aged from eight to 50 enjoyed the Isle of Wight Triathlon Club’s inaugural club duathlon early on a windy Autumn morning from the grounds of Cowes Enterprise College.

First up was the duathlon for those age 14+ comprising of an off road 3km run, 11k lapped road cycle (providing great spectating) and 1.8km run.

A total of 19 young athletes and parents took part.  Club coach Darren Cole led throughout and showed the younger spectators how it’s done.

Next it was the turn of our younger athletes. Eight-year-olds Emily Bunn (first), Amber Pilcher (second)  and Elsie Jenkinson (third) tackled a 1.8km run, a tough 3.2km cycle on the grass and a final 800m run.

Storming into first place for the boys was Martin Carbajosa, with James Heng in second and Alex Elderfield third.

First place for the girls was Katie Bunn, followed by Bella Pilcher in second and Gloria Carbajosa in third.

The club coaching team commented on the brilliant camaraderie between the team mates and the encouragement they all gave each other out on the course.

Great for them to be able to compete against their coaches and show how much they’ve all improved in this sport.

News shared by Julie on behalf of the Isle of Wight Triathlon Club. Ed