The eight-year-old skateboarder’s speech on the benefits of a concrete skatepark was dubbed by the Mayor of the town council as “very illuminating and inspirational”. Watch here. 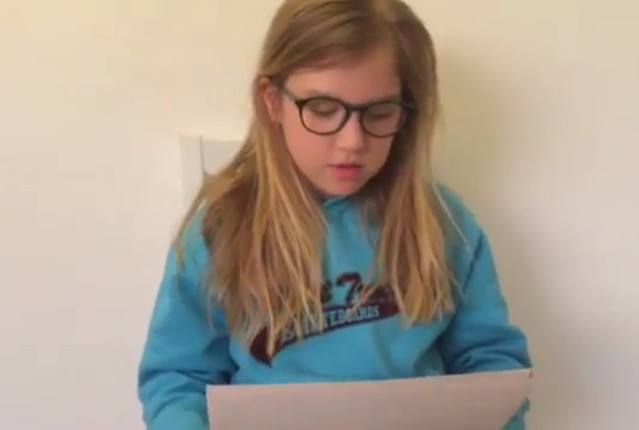 The youngest female team member of Isle of Wight skateboard company, Wight Trash, Martha Eggleton, made a speech to the Ventnor Town Council on Monday night, appealing for their support on plans for a concrete skatepark (watch video below).

The eight-year-old skater explained the importance of a concrete skatepark, the benefits it would bring to the Isle of Wight, as well as for current and future skateboarders.

“Martha gave a very illuminating and inspirational account of the importance of Ventnor having a new purpose-built concrete skate park on the site of the, now dismantled, wooden ramps which were removed due to health and safety concerns.”

Benefits not just for the town
He went on to say,

“Martha told the meeting how the town would benefit from having a new skatepark if it is successful in raising the necessary £150,000 build costs.

“She went on to say that many professional and semi-professional skaters on the mainland had visited Ventnor and were impressed by what they saw, vowing that they would return to compete in Ventnor when the new park is built!”

Ventnor Skatepark in very safe and competent hands
He finished by adding,

“VTC is committed to supporting the skatepark initiative and we appreciated Martha’s contribution to the Annual Meeting.

“With young skaters like Martha pushing this initiative forward, with the support of many others, we feel confident that the future of Ventnor Skatepark is in very safe and competent hands.”

Find out more
You can hear more about the plans at next Monday’s (20th May) AGM of the Ventnor Skatepark Group, details here.