At the MEP hustings for European Parliamentary Elections, the UKIP candidate said he wouldn’t be able to get a job picking tomatoes on the Isle of Wight. OnTheWight contacted the company to find out the facts. 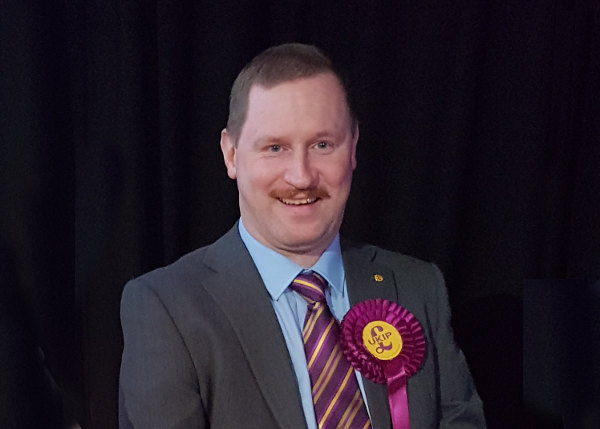 At last week’s MEP hustings (catch up here – organised by Islanders for Europe and featuring six of the MEP candidates for the South East region – a surprising claim was made by the UKIP candidate.

Replying to a question about ‘freedom of movement’, Daryll Pitcher claimed he would not be able to return to his very first job, picking tomatoes in the Arreton Valley, because the recruitment agency that employs staff is based in Poland.

He told the audience

“My first job was in the greenhouses in the Arreton Valley picking tomatoes, which is a hot and dirty job.

“I now, if I wanted to go back to that job, can’t get it because the employment agency that employs all those people is now based in Poland and not on the Island.”

Fact checking
An OnTheWight reader commented after the hustings that jobs picking tomatoes were still available to Islanders.

We got in touch with the Tomato Stall, part of the APS (Wight Salads) Group, to find out how accurate this statement made by the UKIP candidate was.

“Job opportunities are open to all, we actively encourage local recruitment.

“The majority of all Tomato Stall staff are local people, most of which have been with the business for years.”

Actively recruit locally
He went on to say,

“The Tomato Stall and APS Produce actively recruit locally. Positions in the business are currently advertised with WP Recruitment in Newport. All of these positions are open to local people.

“The Tomato Stall and APS Produce are also working to encourage local young people to join the businesses on horticultural apprenticeships. The majority of our team members are local people, many of whom have been with the business for years.”

Pitcher: “I will temper what I say in future “
A couple of days after writing to him, Daryll got back to us with a reply, in which he states he will not long be making the claim made at the hustings.

“It certainly was the case at one point but I am happy to be corrected if circumstances have since changed.

“However I should point out that my information is mostly from first-hand accounts. I never worked for Wight Salads I worked for one of the others although I understand that they have since been taken over by Wight Salads.

“In the first instance the information came to me from two former colleagues several months apart who told me that they had not been re-hired due to the influx of Eastern Europeans. They also both told me independently about where the recruitment office was then based. Since that time I have received numerous first-hand accounts from local people who couldn’t get employment there, the latest of these reports was only last month.

“I should also point out that I have checked WP Recruitment and there is no mention of the jobs anywhere on their website, not even under “regular vacancies (that we do not advertise because we fill them quickly in house)”. I am also not aware of any adverts placed in the County Press which was where they used to be found.”

“In light of the statement from Wight Salads I will temper what I say in future, although I stick with my general point that it is more difficult than it was. The first-hand accounts I have bear this out.”

I actually called out ‘but my local island friends work there!’ but the conversation had moved on.

Shamefully these claims of exclusion are too often left unchallenged. Well done, On The Wight, for the fact checking.

A UKIP candidate telling lies? What a shocker!

I wouldn’t employ a UKIP candidate – we have standards to uphold. Especially not one who aspires to the Lord Dampnut style of politics.

What are the odds of Darryl Pitcher getting a job as a)an MEP or b)a tomato picker? (and I think we all know the answer to that one, including Mr. Pitcher))

When it states using local people does that mean polish people living/staying on the island rather then recruiting and brinding in direct from poland..is that possibly where figures and opinions get confussed..

Vote Up2-5Vote Down
ukdave
There’s some truth in his words though. There is a large Eastern European workforce, working seasonally in farms across the UK, including the Island. The reason is that farms struggle to recruit locally is due to two factors. a) The work is hard and b) the farms are generally in rural locations, a long way from dense populations, therefore difficult for people to travel to on a… Read more »
Vote Up31-35Vote Down
block8

There is no truth to his words. He is lying.

That’s not the same thing – having to resort to bringing workers in because locals don’t WANT the work doesn’t mean you can’t get a job there. Maybe you won’t be able to get one if they go down due to lack of workers though.

Agree with you that there are plenty of Eastern European workers on Island farms. But there is no truth to the UKIP claim that British people can’t get jobs at Wight Salads!

My reasons for standing for ukip were twofold; we had a miserable mp and the EU are a bit rubbish and we’d be better off out. I abhor nationalism and prejudice and welcome free and competitive markets. I left the Conservative Party and subsequently UKIP because neither (in my my opinion) support libertarianism