With less than a week’s notice these college students performed their Mamma Mia tribute act at Isle of Wight Festival. 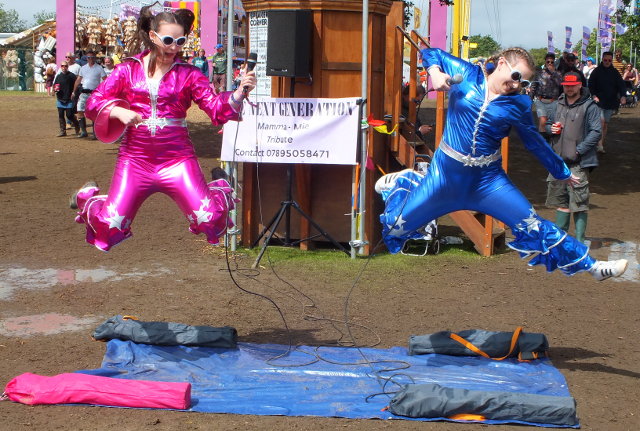 Well done to Izzie Norsworthy and Daisy Johnson for their latest performance, this one to Isle of Wight Festival-goers.

The duo are both studying BTEC level 3 Performing Arts at the Isle of Wight College.

Mamma Mia fund-raiser
Back in April they were part of a group of six students that performed songs from the Mamma Mia films at a fund-raising Greek night hosted by the College’s hospitality department.

It was so successful that one night turned into four!

“It became obvious that the two girl’s voices were so good together that the two of them decided to put together ‘The Next Generation’, a tribute act to the Mamma Mia films.”

This was just over a month ago and with the support of their parents they are going from strength to strength.

Last week, with less than a weeks’ notice, they performed on Saturday and Sunday at the Isle of Wight Festival.