The percentage of doctors that work at the Isle of Wight NHS Trust who are EU-nationals is the second highest in the country (outside London), OnTheWight’s work with the Bureau of Investigative Journalism has revealed. Other staffing areas are affected as well. 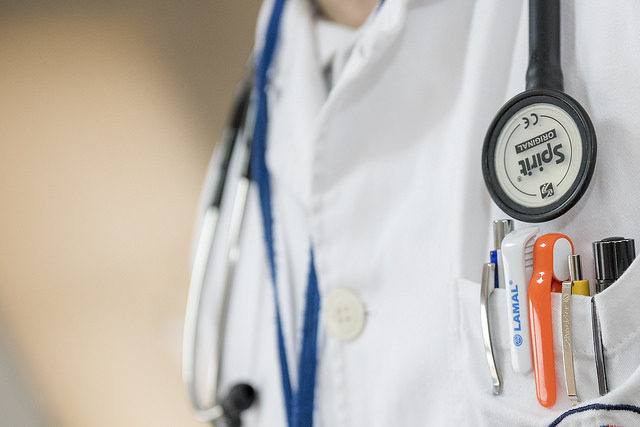 With the Brexit deal on the minds of politicians and citizens, OnTheWight has been looking at the number of EU nationals working in the national health service on the Isle of Wight.

The Bureau of Investigative Journalism (TBIJ) has collated data from NHS Digital that was captured in January 2018, and from this are able to show the scale of EU nationals (nationals of other EU countries) working in the Island’s NHS.

20% of IW’s doctors are EU nationals
OnTheWight found that (outside London) the Isle of Wight NHS Trust ranks second in the country among the most exposed Trusts who are heavily-dependent on EU nationals, specifically for their frontline staff.

Almost one fifth of doctors working in Hospital and Community Health Services (HCHS) at the Isle of Wight NHS Trust are EU nationals. At 19.7% that’s the second highest percentage in the country (outside London) – with only Papworth Hospital NHS Foundation Trust higher, at 23.6%.

Clearly these figures show the IW NHS is reliant on doctors from the EU. It’s uncertain what contingency plans are in place. Without a response or reassurance from the IW NHS, Islanders are currently in the dark.

Breakdown of Isle of Wight figures
According to the NHS Digital data, the Isle of Wight NHS Trust (IW NHS) employs 3,078 staff, with 1,085 (5.9% – in the top third outside London) of those frontline staff (doctors, nurses and midwives).

Those figures do not include agency staff, which between April 2017-April 2018 equated to £10m in extra costs to the Trust.

Midwives are the least affected, with only one out of 54 being an EU national.

Half of IW NHS EU nationals are doctors
On average across the UK, around 5% of NHS staff are EU nationals, but here on the Isle of Wight despite the high percentage of EU doctors, the overall figure is 3%.

At January 2018 there were 93 EU nationals working within the IW NHS Trust, 64 frontline staff, 45 of those being doctors.

How the IW NHS Trust will cope
OnTheWight has posed a series of questions to the IW NHS Trust, in an attempt to learn what plans they have in place to mitigate this vulnerability, how many staff have left or joined since the EU Referendum etc,.

At the time of publishing, we’d not received any answers.

However, a spokesperson from the Department for Health said the “NHS is preparing for all situations”, but stressed that EU staff in the NHS “will be among the first to be able to secure their settled status”.

National ‘staffing crisis’
The question mark over what will happen when the UK leaves the EU has accelerated a staff crisis that was already well underway, particularly within nursing.

The IW NHS Trust has for a long time explained that recruitment is a problem on the Island and that they’ve had to run recruitment campaigns overseas in order to find the right people for the job.

Across the country there are now 41,000 nursing vacancies – a shortage level that the Royal College of Nursing warned last year would make the NHS “unsafe”.

How the Island voted in the EU Referendum
The Isle of Wight voted overwhelmingly to Leave the EU in the 2016 Referendum
With a voting population of 109,844 there was a 72.3% turnout.

20%+ reduction in EU nurses on the Island
In January 2018, the Island saw a 21.74% reduction in the number of EU national nurses employed by the IW NHS Trust compared to the previous year. Of all the nurses who left, EU nationals made up most of them during that time.

According to chief executive of NHS Employers, Danny Mortimer, recruitment from the EU has “plummeted”. He warned that if the numbers of nurses continued to fall, then waiting times would go up dramatically.

“We would have to close capacity because we couldn’t man the beds or run the theatres. Costs would go up because we had to rely on agency staff and they are more expensive.”

Added expense of EU staff after Brexit
Of course, for a cash-strapped Trust – as reported in June the Trust is only surviving by borrowing £1.5m per month – the concern is not just whether EU staff decide to leave, but how much it will cost to retain them.

“With research indicating workforce is at breaking point, anything that impacts the NHS’s ability to recruit talented, hardworking professionals is a major risk. We know there are no overnight fixes to our staffing challenges.

“In the short to medium term there are no alternatives other than to increase international recruitment and ensure resources are put in place to retain current staff.”

“If we modelled last year’s 12,303 EU staff that joined the NHS in 2017, and applied the tier 2 immigration system or a similar model, the NHS would have to find £105 million a year to recruit staff that previously attracted no immigration costs.

“If you then add in visa renewal costs for 60% of these staff at the end of their 3-year visas, the cost increases by a further £45 million, creating a total of £150 million, and that’s before you add in the costs to the NHS for processing any new bureaucracy.”

A personal view from an EU worker
The figures above give one view of the situation. Look out later today for a more personal view, from an EU national working at the IW NHS Trust.

Once we hear back from the IW NHS Trust, we’ll update this article with their answers.

newest oldest most voted
Alternative Perspective
“OnTheWight has posed a series of questions to the IW NHS Trust, in an attempt to learn what plans they have in place to mitigate this vulnerability, how many staff have left or joined since the EU Referendum etc,. At the time of publishing, we’d not received any answers.” You probably won’t receive an answer, the [part of comment removed by moderator] by signs off Trust Board… Read more »
Vote Up50Vote Down