Fire Review plans: Council could be at risk of ‘corporate manslaughter’

One member of the Scrutiny Committee said the plans put them ‘at risk of corporate manslaughter’. The responsible Cabinet member gave assurances the plans were safe. 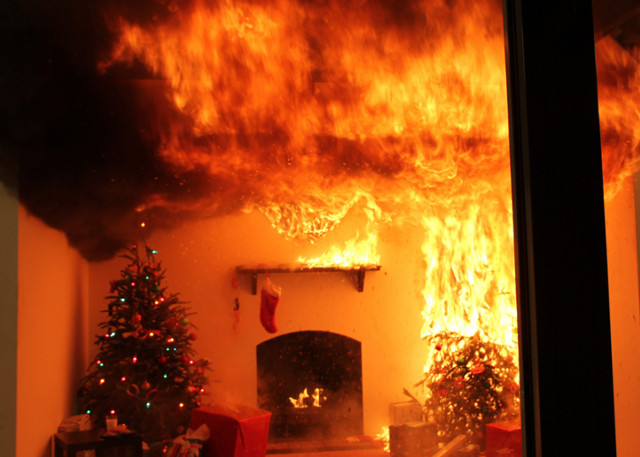 Those following OnTheWight’s live reporting from County Hall will have seen that controversial changes to the Isle of Wight’s fire service were debated by Scrutiny councillors last night (Tuesday), with one councillor saying the plans put the council at risk of ‘corporate manslaughter’.

The scrutiny committee has recommended the Isle of Wight Council cabinet — which will be making the decision on Thursday — reject the proposals put forward.

Change to shift patterns
Following a review of the service, firefighter shift patterns could change to match resources with demand and increase coverage at peak times — with more firefighters on duty during the evenings and at weekends.

Cabinet member for public safety, Cllr Tig Outlaw, gave a presentation to the committee and said the changes would be a positive move for the service.

Firefighters: Changes ‘put lives at risk’
The plans would guarantee a minimum of 12 immediately available firefighters for 12 hours a day, every day.

However, firefighters have warned reducing the number of firefighters at night will put lives at risk and criticised plans to reduce crews from five to four.

“I can categorically say this is not driven by money. Yes, the Isle of Wight Council is trying to save money. But we are ensuring value for money.”

Wait for HMICFRS report
A report by Her Majesty’s Inspectorate of Constabulary and Fire and Rescue Services (HMICFRS) is also due to be published in six weeks’ time.

Scrutiny chairman Cllr Andrew Garratt said he did not feel comfortable about making a decision until that report has been published:

“In May there was a desire to get this right, why not wait six more weeks?”

Responding, council leader, Cllr Dave Stewart, said the outcome of the report would be taken into account.

Outlaw: “No redundancies”
Newport councillor, Julie Jones-Evans, questioned the cabinet about the possibility of redundancies.

Cllr Outlaw said there would be no redundancies for existing firefighters but the number of whole-time posts may be reduced.

“Retained firefighters have been told their contracts won’t be renewed.

“In the recent Sandown hotels fire, they wanted to put out eight of the ten appliances on the Island but they could only send seven due to crewing issues.”

Lilley: Puts us at “risk of corporate manslaughter”
Ryde councillor, Michael Lilley, who said the plans could increase the chances of a Grenfell-type disaster on the Isle of Wight, said:

“It puts us at risk of corporate manslaughter. I don’t want to take that risk.”

The motion was passed by six votes, with three conservative councillors voting against.

Although staff have been asked for their views, Isle of Wight residents will not have a chance to comment on the plans.

“Public consultation is not required to implement the recommendations in this paper.”

The cabinet meeting, which starts at 5pm, will be held at Ventnor Winter Gardens on Thursday.

1 Comment on "Fire Review plans: Council could be at risk of ‘corporate manslaughter’"

‘The plans would guarantee a minimum of 12 immediately available firefighters for 12 hours a day, every day.’
There are 24 hours in a day. Have I missed something?