Cameron Palin on behalf of the Isle of Wight Green Party says it’s time for the IW Council to throw in the towel and start over with a new floating bridge, so it doesn’t waste more money and resources 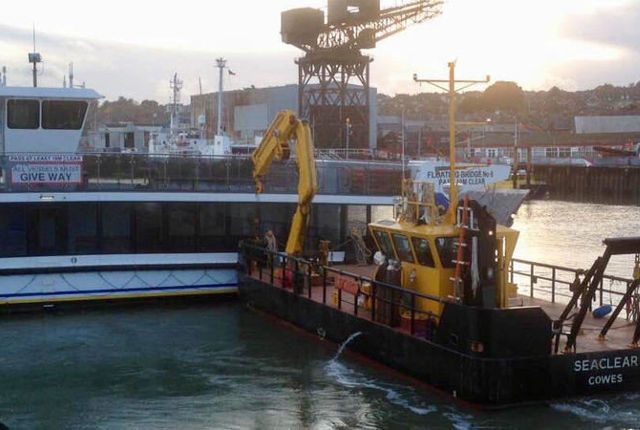 Whilst the Isle of Wight council budget is once again cut, this time by a whopping £4.5million, the very same council is throwing good money after bad at a shoddy floating bridge, now equated to millions of pounds overspend.

In a time of extreme budget cuts, and the council cutting services such as schools, beach cleaning, libraries, and even propose a tax rise of 4% for even fewer services.

As of 2018, the £3.2 million floating bridge has cost the tax payer £6.4million including the slipway and about £2 million overspend.  Since 2018, new and increased ongoing operating costs have continued to spiral.

“The fact that this floating bridge has almost doubled the original cost is absurdly irresponsible.  The Council has wasted hundreds of thousands of pounds on a huge boat to push the floating bridge because it cannot land during spring tides.  It is so tall and wide that it can’t operate in conditions that floating bridge 5 had no problems handling.

“I am extremely worried that the council seems to be prioritising throwing cash at a failing floating bridge rather than supporting those most vulnerable in society and tackling the climate emergency.”

‘Dysfunctional’ floating bridge
He went on to say,

“The council seem to claim that their foot passenger numbers are good, however their own statistics have shown that 70% fewer people are using it compared to floating bridge 5. This means not only that the council is losing money instead of making a profit on the floating bridge, but it also means local businesses are suffering horrifically.

“We also have to be aware that this bridge can be frankly unsafe, especially when the bridge hits the large orange piles, causing people to stumble.

“I would hope that the Solent Local Enterprise Partnership would be furious to know that this Floating Bridge is so dysfunctional, and that it is hurting the economy whilst costing the taxpayer.

“It will continue to waste ridiculous amounts of money over the next 30 years if the council decide to keep it, especially as normal operating costs have increased by hundreds of thousands of pounds.”

“Time to throw in the towel”
He finished by saying,

“I think it is time to throw in the towel and start over with a new floating bridge, so it doesn’t waste more council money and resources, especially given the vital services the council has cut due to an ever smaller budget.”

Quite right Cameron: no more money !

Could this be the time to run the floating bridge like a privatised business?

Just what I was going to say. Unpalatable as it is – and I use it regularly – I think its a luxury Island taxpayers cannot afford.

Let the market place step in or it fails. At very least I would think a commercial foot launch would prosper if not a vehicle ferry.

Vote Up15-6Vote Down
pkha
There has always been a floating bridge to transport vehicles, people and animals across the river from East to West Cowes. I am a regular visitor (Islander now on mainland) and have given up even trying to risk my car on this hideous monstrosity which continuously is unavailable. I really cannot understand why it was ever accepted and financially supported by whoever ordered it. I would be… Read more »
Vote Up27-2Vote Down
Rockhopper

@pkha – whichever council officer who accepted and signed off the design. The manufacturer built it to spec…

Vote Up4-2Vote Down
Steve Goodman
? Build a proper bridge/ tunnel and stop messing around with the ridiculous Solent relics? Too late to stop the ridiculous wasted spending/ ‘spaffing up the wall’ of nearly £50 million of taxpayer’s money failing to build a bridge from one side of the River Thames to the other, or the subsequent ordering of more spending/ spaffing on failing to build a ridiculous Celtic bridge which cannot… Read more »
Vote Up1-3Vote Down