In the last two and a half years the costs of Floating Bridge 6 have spiraled. The councillor for East Cowes says the additional cost of the replacement launch could have been used to continue the work of the Local Area Coordinators. 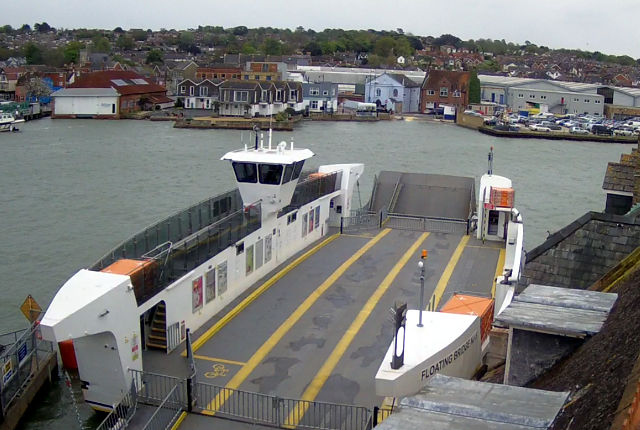 Two weeks ago, OnTheWight revealed that the Solent LEP had launched a public consultation on the latest business case for the Cowes floating bridge.

Residents in the Floating Bridge Stakeholders Group have been working their way through the 107 page document and discovered the latest costs.

In March 2016, the IWC announced the new £3.2m floating bridge had been commissioned.

Jump forward two and a half years, the total costs to date is a staggering £6.4m, some of which will be covered by the SLEP (around £3m was agreed), but the remainder has been the responsibility of the Isle of Wight council.

“It is truly shocking and especially in the context of the proposed Austerity cuts this administration intend to impose on our Island people in its next budget proposal.

“Cllr Ian Ward‘s administration of this whole situation is equal incompetent, full of mismanagement, media gaffs and a determination to soldier on within his tribal Tory rank and file.

“Only a full independent Inquiry can tell us what’s happened here, however I think we have wasted enough money and I will settle for it working as it was designed for, but we are far from this.

“£539,281 in additional replacement launch costs could have been saved and continued the good work of our Local Area Coordinators.”

“Cllr Ward must resign and step-aside so that a competent fresh member can move in and sort this story fiasco out once and for all.

“I and the people of the Medina Valley Estuary and East Cowes have lost all confidence in Cllr Ward and Cllr Dave Stewart is equally to blame for all his empty promises and we still don’t have a fully operational FB as it was designed to implemented.

“It’s our local people’s who suffer a poor service and our Island people who are paying the finally mismanagement price.”

The Business Case
Jump to page 64 to see full details of the costs.

A – MCA and Lloyd’s approvals costs that were estimated in the earlier business case as
distinct line items formed part of the superstructure contract and therefore cannot be
disaggregated
B – costs included enhanced ticketing system, including smart card functionality, and a new
dedicated floating bridge web-site (see https://www.iwfloatingbridge.co.uk/)
C – estimated cost. These costs were absorbed into IWC revenue costs and not recharged to
the project but are included in this appraisal for completeness
D – various ancillary works including provision of client supply items for the build, new waiting
area at East Cowes, land surveys, health and safety audit
E – Extended warranty to cover months 13-24
F- Includes some on-going or expected work, and therefore subject to change

Though it won’t help matters I’d be interested to know excatly how many days (full days) the floating bridge has actually worked as it should do since it arrived.

Vote Up23-1Vote Down
smiffy
The costs do not include the local businesses that lost a significant amount of Cowes Week trade as well as trade in general throughout the period of this vessel’s failed commissioning. Karl Love is the voice of sense in an Alice in Wonderland scenario. PLease put yourself forward as our next M.P. and sort us a few bridges and a tunnel to the mainland—after all everywhere else… Read more »
Vote Up33-13Vote Down
laurentian

Surely somebody, somewhere, has to say “enough is enough”?

This craft does not perform as well as its predecessor, and that should be clear to everyone involved. Just what to do is another question, but the current fiasco cannot be allowed to continue.

This is an absolute scandalous amount of money our so called expert Councillors have thus far wasted. A vast amount of which could have gone towards the ‘Local Area Coordinators and in keeping our Council Tax Lower’. Not to mention the other surprises they have in store for the next budget proposal.

Vote Up180Vote Down
pete
The only way for Mr Ward and Mr Stewart to admit that they have committed GROSS NEGLIGENCE in public office is to say that unless they DO admit it, they PERSONALLY are responsible for the £6.4million THEY have spent on this lump of scrap metal. It is high time that legal action be bought against these two. Assuming the population of the Island is about 185,000 that… Read more »
Vote Up120Vote Down
chartman

Haha Add to that the cost of preparing that 107 page document…. Anyone got any ideas what a lifting bridge would cost ? Like the one in Yarmouth.. Perhaps with just one lifting arm ?

PMSL Just heard on Meridian news that they’re flogging it to Lake Windemere… sorry, I meant giving it away. How else are they going to get rid of a pile of junk ?

With this lots history of managment of our property they will most likely flog it for a tenner (Winter Gardens & Botanical Gardens) and then agree to fix it for free, and throw in a spare boat, just in case! They have absolutely no concept of fit for use or value for money… ‘may god bless all who sail in her’ certainly doesn’t apply here lol!