The news reported by OnTheWight at the weekend has been confirmed today in a national announcement. The Lib Dem candidate will be standing aside for the Green Party 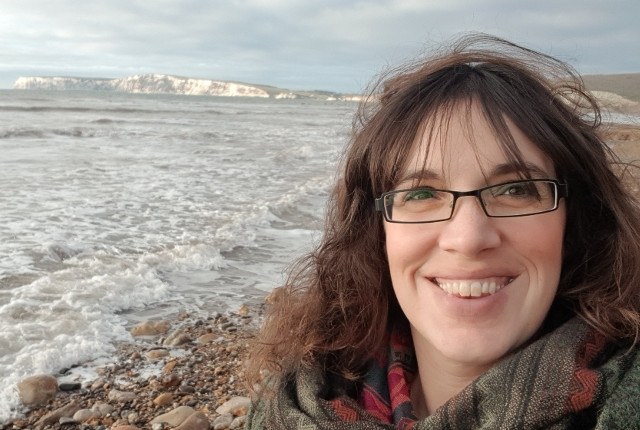 It has been confirmed this morning that the news OnTheWight reported last Saturday (2nd November) that Isle of Wight Liberal Democrat prospective parliamentary candidate will be standing aside at the General Election in an arrangement agreed with the Green Party.

‘Unite to Remain’
The Green Party announced the news this morning (Thursday) saying,

As a result of an arrangement negotiated with input from local parties, the local Lib Dem candidate has stepped aside on the Isle of Wight. It means Vix Lowthion will run uncontested by another Remainer on 12th December.

Lowthion: “Brexit has been a shambles”
Vix Lowthion, who is a secondary school teacher, said:

“I’m delighted that people are uniting behind the campaign to elect a Green MP for the Isle of Wight. Brexit has been a shambles. It’s time to bring it to an end and move on to tackling other issues. I support a People’s Vote so the people can make the final decision and I will campaign for Remain.

“The big parties in Westminster have let us down. As Green MP I won’t be whipped and will be free to speak up for the best interests of the Island. Greens here have the best possible chance of winning the seat. We need more influence in Parliament to hold other parties to account and push for the really bold actions that are needed to make Britain fairer and tackle the climate crisis.

“That means protecting the countryside, fighting to keep local services on the Island and challenging ferry costs which are too high. Crucially it also means investing in green industries to provide jobs on the Island as well as improving our environment.”

“Brexit is a national crisis. This ground breaking agreement, facilitated by the Unite to Remain campaign group, will help to secure more Remain supporting MPs in the next Parliament.

“On the Island, that means that we have decided to stand aside for this General Election. Due to our broken voting system, both of us standing might split the significant Remain vote in our area. We are proud to be putting our country’s interest before our Party. We thank the Green Party and Plaid Cymru for their decision to stand aside in many Lib Dem target seats.

“I’d like to thank the Isle of Wight Liberal Democrats for co-operating with this project and putting the national interest in front of the party.

“This is a new kind of politics that can offer a brighter future when we work across party boundaries to solve the biggest issues, like Brexit and the climate emergency.

“Together, we can stop Brexit and Unite to Remain.”

News broke at weekend
OnTheWight reported on Saturday that Lib Dem PPC, Nick Stuart, had written to Liberal Democrat members stating that he would be standing down as part of an alliance.

He then went on to tell the County Press that “incorrect information” was given to members in his “I’m not standing” email, but claims it was, “corrected shortly afterwards”.

OnTheWight revealed that what had been written to members was something else.

newest oldest most voted
Nitonia
We need one credible candidate to oppose Bob Seely. One person to stand against everything he is and has failed to do, someone who genuinely looks to improve life for everyone and not just the privileged few. Somebody who will question those in power and vote against them if necessary rather than follow the party line like a beaten puppy hoping to be thrown a scrap. I… Read more »
Vote Up32-14Vote Down
Tim

Give Quigley a shout, he actually seems genuine…..and I’ve never voted Labour in my life!!

Vote Up23-19Vote Down
Alternative Perspective
I totally agree. As a floating voter, the new Labour candidate seems to have the credentials I’m looking for given his profile. An active foodbank supporter and foster parent, clearly he cares for others less fortunate than himself. If we are going to fix many of the issues that currently trouble our society, we need to elect MPs right across the country who genuinely care for the… Read more »
Vote Up22-19Vote Down
ian123
Then it has to be the Green, this time. Labour cannot win here and is clearly going backwards at national level. Just ask the bookmakers – a Green win in IOW is now 5/1 whereas Labour is 20/1. These odds are both mean, and include Ladbrokes’s profit – but fact remains that their independent view, reflecting punters’ money, is that the Greens have a chance at least… Read more »
Vote Up7-1Vote Down
Colin

Couldn’t organise refreshments in a brewery. All looking a bit stupid with the premature release of the news by the glibdems.
Still,it will make no difference at all. The blue rosette pinned to the tory donkey takes the seat yet again. If this is the greens best chance then what chance elsewhere?

Vote Up29-17Vote Down
grumpymoo
So much to say, so little time to type… But, Ok, so Vix bangs on about democracy. Yet here she is muscling out another candidate and positively revelling in it, but by doing that she/greens have removed someone’s choice by no longer having a candidate to vote for. Hmmmm. Second of all, this is the worst decision if they believe it’s the way to oust the Tory’s.… Read more »
Vote Up29-18Vote Down
doughnut

Vote Up17-14Vote Down
Vix Lowthion
This decision was nothing to do with me – I did not ‘muscle in’. Its part of a national negotiation. I’m lucky to be friends with many LibDems on the island too and like them appreciate the bigger picture here. There are no sharp elbows – just parties putting tribalism aside and working together. Which we would rather not have to do! But the electoral system in… Read more »
Vote Up19-23Vote Down
iain mckie

Vote Up22-12Vote Down
grumpymoo
‘I did not ‘muscle in’. Its part of a national negotiation’ … oh ok then, as long as it wasn’t your personal decision, you are happy to run with it and remove a CHOICE for many voters. The amount of islanders I have seen comment today, to say they will now not be able to vote. I mean, don’t get me wrong, and zero offence to to… Read more »
Vote Up2-11Vote Down
Tim

So what does it matter just takes the minor places in the election. Its clearly a straight Seely vs Quigley contest, it looks like Vix could be Bob’s best mate in this election. I hope that he writes her a letter of thanks if he scrapes in by a meagre few votes!

Actually no, since Labour can never win here. Labour coming second is the Tories’ best insurance policy that the seat remains theirs. Until Labour voters find a better choice with at least a chance of beating the Tories, we are all stuck with Seely and his ilk.

Lib Dems didn’t seem to think the system was broken when they became part of the coalition… Another case of not liking a result and wanting a replay methinks! Best of five perhaps…? Or get their dads to fight in the playground? Sour grape anybody?

More like the Lib Dems have just thrown in the towel.
And to think I used to canvass with Steve Ross.

Vote Up4-3Vote Down
chrissy2712
How totally confusing! LibDem leader, Jo Swinson seems all over the place with Brexit and despite her claims to support remain didn’t she infer that she would support Boris Johnson at one point? Other than ‘remain’ the LibDems have nothing in common with the greens and were in cahoots with Tory policies, including austerity during the coalition. She would ‘get into bed’ with anyone if there is… Read more »
Vote Up20-20Vote Down
nitonboy

Dear oh dear! What happened to the lovely Island I grew up in & still love, albeit from a distance.
Vix is a qualified teacher – stick to teaching!

All these minor parties are killing our democracy. Not the Tory or Labour (shuddderrr) parties.

Where I live now we dont have the choice of Tory or Labour. We have a Libdem lookalike but that is it.