INCORRECT
.
INFORMATION!
(Yes, we’re having a pop at the hysterical Chronicle headline of 22 March)
The Chronic of last week headlined that the Mill Bay proposed development was ‘three separate buildings.’ With Jamie Macaulay, he of Bunbury fame, then quoted from a press release.
Strange that Bunbury’s application to …

(Yes, we’re having a pop at the hysterical Chronicle headline of 22 March) 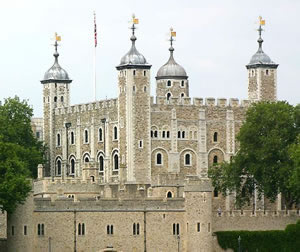 The Chronic of last week headlined that the Mill Bay proposed development was ‘three separate buildings.’ With Jamie Macaulay, he of Bunbury fame, then quoted from a press release.

Strange that Bunbury’s application to the IW planning department describes it as one building, and that the base stretches along the whole plot – what on most planets would be described as one building.

Confusion with reality doesn’t appear to stop there. Jamie Macaulay says in his letter given to the council (Supporting Information – Public Consultation) that the comments left in the public consultation book were ‘roughly 50:50 for or critical of.’

I don’t know what book he was talking about, but the one I saw near the end of its availability at the Winter Gardens was nearly all anti – and strongly so.

Maybe their interpretation of that is a reference to the Bunbury ‘ingenuity’ that they modestly mention in the same letter.

Perhaps hundreds of supporters turned up in the last few days to enthuse how a huge building of flats, sorry apartments, would be a great thing for the town and how they just hated seeing Ventnor from the Esplanade.

I guess we’ll never know as Bunbury removed the book from the public gaze.

To be clear – I’m not anti-development or progress, I’d just like to continue to see the unique terracing that Ventnor has, and not see it ruined by people who are driven by the desire to make money over the good of the town.

I’m sure they’ll label me a Luddite anyway, it appears that anyone who expresses an opinion against development in Ventnor is. It must be true, I read it in the Country Press!

If you’ve got an objection to the Mill Bay proposal you need to get it in asap. Final comments will close this Friday at 4pm. Best do it via the IW planning Web site. If you wrote last time, you’ll have to do it again, but all that’s required is to change the reference number to TCP/08040/P, P/00825/07.

While you’re at it , just as well do the same for the conservation area consent needed to knock down the current building. Some wag appears to have applied for this CAC at a different time, potentially confusing anyone who might have put their comment in on the planning consent already – I’m sure it wasn’t done on purpose.

(Image thanks to Richard Seaman)

Interesting to see the only permanent residents of The Metropole objecting to this development. Check out the comment left by Shrubsole on the council site.

That picture above, the gurt grey block, is that the new Spyglass developement

Vote Up00Vote Down
sherlock holmes
Donâ€™t be so cynical Mucky said the same thing about the Metropole â€“ very Victorian???????? Well it looks better after a few too many pints â€“ is there a clue in there somewhere??????? Maybe he will get it right one day â€“ will have demolished Ventnor by then though. Get your letters in before the genuine comments are diluted by the approving letters from those easily bought… Read more »
Vote Up00Vote Down