The Isle of Wight firefighters on an exchange trip to the US have had to put their new skills into practice this week to help tackle a massive blaze in Oregon. 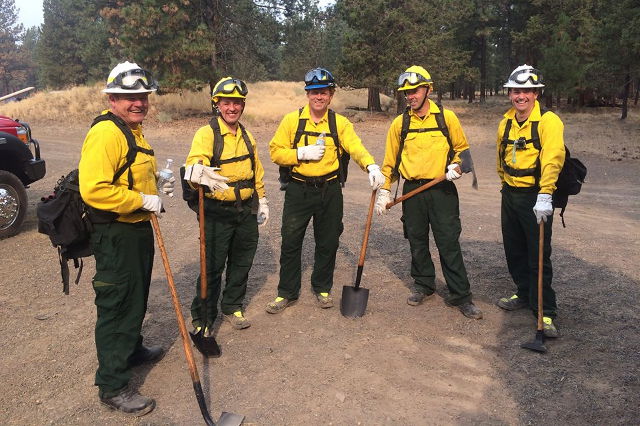 An Isle of Wight firefighter who is part of an exchange trip to Oregon in the USA to learn about tackling wildfire, now finds himself on the front line fighting a huge bush fire.

Alan Jones, based at Newport fire station, is with four colleagues from Hampshire Fire and Rescue Service on the trip, which has so far seen them train on the techniques used to tackle large scaled wildfires.

It is expected he will be deployed at the fire until the end of the week.

“The exchange trip is providing valuable training to our firefighters who will pass on their new skills and techniques to colleagues on their return.

“By fighting this real fire on a massive scale will give Alan and his team a new level of experience that can only benefit the Island.”