Island Labour have agreed a motion to seek commitment from the Labour Party that they would adopt the policy of returning the ferry companies to public ownership as part of the programme of bringing the railway system back into public ownership. 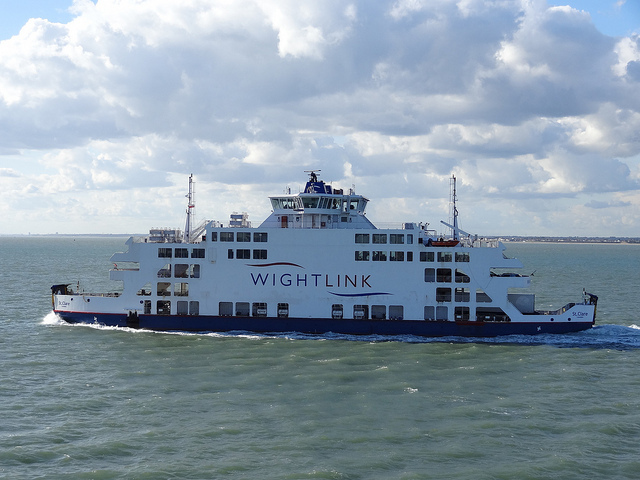 At the Isle of Wight Labour Party’s all-member meeting in Newport on 28th November, members agreed the following motion:

This CLP resolves to write to Shadow Chancellor John McDonnell, seeking a commitment to :

“It was a Tory failure to provide any public service regulation requirements which has led to where we are now. We have some of the most expensive fares per mile anywhere in the world, and a declining standard of service, with many cancellations and reductions in frequency.

“Citizens of this county should not have their access to the rest of our country restricted by private companies who make large profits by exploiting a captive market. This is particularly important in the light of the Tories’ continued removal of NHS services from the Island, requiring more and more Islanders to have to pay large sums in order to access the treatment they are entitled to.

“Bringing the ferry companies back into public ownership is a policy which is long overdue, and one which we believe the next Labour government should deliver as a matter of some urgency.”

newest oldest most voted
Colin
Whoa! Hang on a minute. The railways are run on a franchise system, so it would be relatively easy not to offer a renewal at the end of the current franchises and take them into state ownership. With the East Coast line this wouldn’t be too difficult given that it has been abandoned by several franchisees… The ferries are a completely different proposition being privately owned. And… Read more »
Vote Up38-4Vote Down
bbrown

Not forgetting that the Scottish government pays huge subsides to run the ferries.

What about Hovertravel? Would they – a private company – have to fight against two publicly-subsidised competitors? Or is the plan to force Hovertravel to the wall and create a state-controlled duopoly? Has this been thought through?

Vote Up24-5Vote Down
railwayphil
How many more times does it have to be said or written that the UK rail system is already operated under DfT control via Network Rail and is therefore in essence publicly owned. he DfT specify strict franchise conditions, then award them and subsidise the rail network by £10m/day (yes ten million pounds a day) in the form of a network grant made to Network Rail. I… Read more »
Vote Up16-2Vote Down
elemental
Almost £20 day return, £15 E/w & £100+ each way to take a car? A change can’t come soon enough IMO. Bestival already relocated; the ferries raise the fares further when any Festival is scheduled…regardless of whether the passenger is even attending & many aren’t. Ongoing removal of medical services from IOW to the mainland + excessive travel costs, further increases the suffering of patients forced to… Read more »
Vote Up16-4Vote Down
bbrown

Red Funnel has always been a private company and you would need to tread very carefully as the running costs do not change by taking the ferries into public ownership. So at best you may trim say 15 to 20% off the fare. You’d also need to make an allowance of the money needed to replace ferries as they age at £30 to £40 million each.

Running costs may not change, but invisible shareholders creaming off profits every year would.

Last year Red Funnel paid out a £8 million dividend after a profit of £8.9 million.

Vote Up30Vote Down
richardshanklinite
Looks like Labour might be a bit late as the other island web site suggests Mayfair Equity are after Wightlink, a bit of a classic as they appear to have a Scottish registered address at companies house. I wonder if the scots want to subsidise our ferries! No doubt if purchased for £300M there will be lots of flashy accounting to establish why the fares have to… Read more »
Vote Up00Vote Down
redstream
That’s why we need a fixed link. It wouldn’t be a panacea but it would give us regulated 24/7 access and ingress to the mainland. Ferries would only survive if needed . Better to spend the money on a fixed link than pay out huge amounts in compensation to the private owners and still have the problems of running the ferries with the difficulties of mac handicap… Read more »
Vote Up15-31Vote Down
iowdave

Couldn’t agree more. However, the usual objections would flood in, even if they are ill conceived.

Vote Up4-15Vote Down
doughnut
Trying to fix the ferries is like sticking a band-aid on a broken leg, it won’t make any difference who owns them when you have to travel for hospital treatment, can’t get there because of bad weather, breakdowns, or just don’t run at the time you need and you feel as sick as a dog on the return journey made worse by rough weather. We need the… Read more »
Vote Up5-10Vote Down
laurentian

If St. Mary’s was capable of providing all the services required, you wouldn’t need a fixed link – in the absence of that, you do.

Vote Up4-8Vote Down
realitycheck
Really…? I mean really…? and how would this be funded then – how can the island afford to have a cardio-thoracic transplant unit, a secure children’s mental health unit, a highly specialist cancer service, etc etc..? Please explain the finances and demand / capacity review that shows how this is affordable… Also, to help inform us, do please share the evidence that show’s the levels of demand… Read more »
Vote Up3-3Vote Down
richardshanklinite
If you have a read on the other Island web site there is the latest news from our dear council ..island-planning-strategy-consultation-goes-live in one of the 217 pages it does mention a further 9615 homes being built on the Island by 2035 so i suppose in the long run there might be a chance of some increase in services at St Mary’s but no doubt the plan for… Read more »
Vote Up2-4Vote Down
chrisinthemorning
“people there have to travel to regional centres to receive medical care as there aren’t enough people locally to warrant having them on the doorstep. That is why there is, for example, only ONE Great Ormond Street Hospital, ONE Moorfields Eye Hospital, ONE Broadmoor Mental Health Hospital – not enough demand and too expensive to run in every city or town.” Of course there is only one… Read more »
Vote Up5-3Vote Down
realitycheck
Yeah….you’re kind of missing the point sadly…but that’s OK – I can help… You wouldn’t open an international airport the size of Heathrow on the Isle of Wight because there is not enough demand and they cost a lot of money to operate and the infrastructure behind such an operation is immense – that is why we all use regional airports such as Southampton or Heathrow or… Read more »
Vote Up2-6Vote Down
chrisinthemorning
Your last comment was a sad little schoolboy attempt to patronise me, and I’m embarrassed for you. In trying to slap someone else down you made a point that you tried to illustrate with clumsy examples that you got totally wrong. You can say what you like now, but you clearly thought that there is only one eye hospital and one children’s hospital in the country. We… Read more »
Vote Up3-3Vote Down
realitycheck

You’re very kind – thanks… however to be accurate, I did state quite clearly that there is only ONE Moorfields eye hospital, (there are a number of eye hospitals regionally across the country granted) – this was the example and explanation that I clearly made however your pedant’s response has sought to reinforce your somewhat naïve position and is beneath your sir…

What position are you referring to?